AIIB president says he will not finance ‘any projects that are functionally related to coal’, but has yet to reflect that in the Beijing-based bank’s written policies 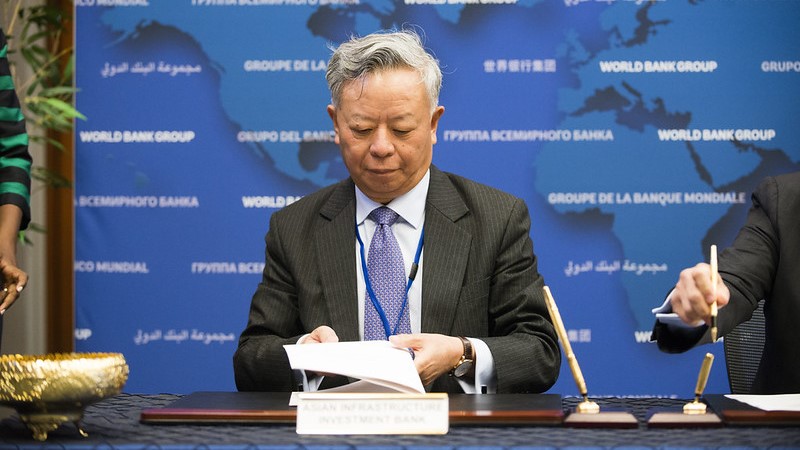 The Asian Infrastructure Investment Bank (AIIB) is promising to end all coal financing but has yet to write this into policy.

The Beijing-based development bank describes its mission as being “lean, clean and green”. Its policy, on the other hand, continues to support investments in fossil fuels that “use commercially available least-carbon technology”, including coal.

“Let me be very clear: I am not going to finance any coal-fired power plants… AIIB will not finance any projects that are functionally related to coal – for example roads leading to the plant or transmission lines serving coal power,” he told an online conference.

An AIIB spokeswoman said the bank was “committed to implementing the sentiments expressed by President Jin”.

“AIIB has no coal-fired power generation in our pipeline and we do not think it makes sense to invest in coal or coal-related projects in our direct finance or capital markets portfolios,” she said.

The remarks come as the AIIB opens a consultation on updates to its environmental and social framework, with no mention of coal. Observers expect climate change to feature more prominently in the bank’s first corporate strategy, due for publication later this year.

Sonia Dunlop, who leads think tank E3G’s work on international financial institutions, told Climate Home News, “it would send a huge signal” to investors if the bank enshrined the coal ban in its corporate strategy, putting pressure on other multilateral development banks to follow suit.

There has been pushback against a coal finance ban from some shareholders, Petra Kjell, campaigns manager at Recourse, which advocates for just and sustainable development finance, told CHN.

“I doubt it will go into writing. It is still politically too controversial. But [ending coal financing] continues to be something President Jin says in his personal capacity,” she said.

“A statement is great but climate can’t be saved with words. It needs to be translated into a strong public policy,” added Lucie Pinson, director of Reclaim Finance, which campaigns for the financial sector to support a transition to clean energy.

Established in 2016 with China as the largest shareholder, the AIIB aims to align to the goals of the Paris Agreement. Under the pact, countries have vowed to cut their emissions and collectively limit global warming “well below 2C”.

In 2019, nearly 40% of the bank’s total financing went to climate finance. It plans to set a target to invest 50% of its annual direct financing into projects linked to climate change mitigation by 2025.

But it has not officially ruled out finance to coal projects. The AIIB’s energy sector strategy states that “carbon efficient oil and coal-fired power plants would be considered” for investments “if they replace existing less efficient capacity… or if no viable or affordable alternative exists in specific cases”.

President Jin, who was re-elected in July for a second five-year term starting January 2021, previously said in 2017 “there are no coal projects in our pipeline”. Then the bank backed coal-fired cement works in Myanmar through a financial intermediary.

Pinson, of ReclaimFinance, said any AIIB coal policy would need to end all direct and indirect support to coal, including through financial intermediaries.

“Stopping direct financing to new coal projects but financing them through the backdoor would be blatant hypocrisy,” she said, adding that Chinese banks are among the biggest underwriters of companies planning new coal plants.

Besides coal, the AIIB invests more than twice as much in oil and gas as in renewable energy, according to Recourse, with gas seen as an essential part of the energy transition.

Banning coal lending “should be the first step towards saying we are not going to focus on fossil fuels at all,” said Dunlop. Last year, the European Investment Bank extended its lending ban from coal to all unabated oil and gas projects.

“The AIIB has the opportunity to lead on climate change if it wanted to,” Dunlop added, saying rivalry between the AIIB and the Asian Development Bank (ADB) could spur a race to the top. The ADB has also said it was staying away from coal, but has yet to reflect that in its decade-old energy policy, which is due for review in 2021.

For Michael Westphal, a senior associate on Sustainable Finance at the World Resources Institute, a robust AIIB policy on energy lending could put pressure on China to stop funding coal plants through its “belt and road” overseas investment programme.