Jacinda Ardern won a second term as New Zealand leader with a landslide majority, in an endorsement of her government’s net zero emissions goal 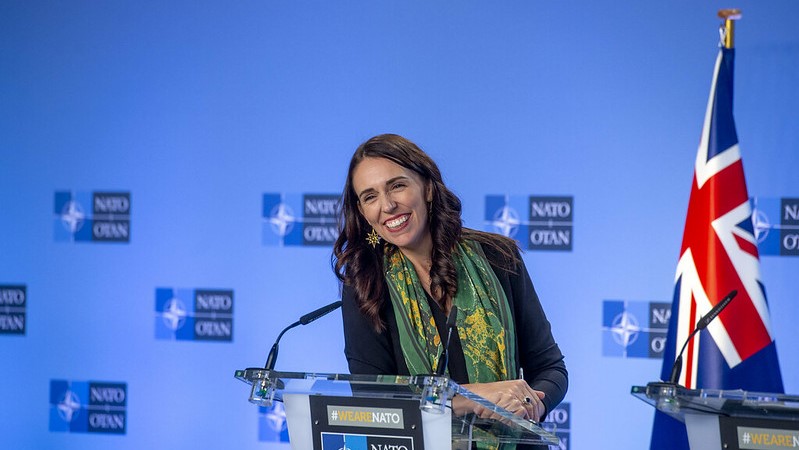 New Zealand’s voters overwhelmingly endorsed the ambitious climate policies of Jacinda Ardern and her Green coalition partners, in a general election on Saturday.

Ardern’s Labour Party received nearly 50% of the vote and 53% of the seats in parliament, allowing her to govern for a second term without relying on other parties. However, she may still include the Greens in her next administration.

The main opposition is the National Party. Its vote share dropped from 44% to 27%. It opposed the government’s ban on new offshore oil and gas exploration. Party leader Judith Collins has argued New Zealand’s emissions are too low to matter globally and described ‘meat-free Mondays’ as “communism”.

Ardern’s government has been widely praised for its handling of coronavirus, which has killed just 25 New Zealanders. As the pandemic hit, Labour gained a huge poll lead which it kept until election day.

When first elected in 2017, Ardern appointed the Green Party’s James Shaw as climate minister. Her government legislated a net zero carbon target for 2050 and set up an independent climate commission.

Some green policies were blocked by New Zealand First, like a proposed tax on imported fossil fuel cars and subsidy for electric vehicles.

With Ardern no longer reliant on populist support, Greenpeace New Zealand said there were “no more excuses” for inaction on climate change. Director Russell Norman said: “NZ First was often blamed for slow progress on environment policies, and sometimes this was true. With Winston Peters and his party gone, we expect to see immediate moves to tackle agricultural climate pollution, to invest in rail and cycleways, and to protect the oceans from overfishing.”

Labour’s manifesto commits to ensuring only zero-emission buses are bought for the public sector by 2025, to plant more trees, look into barriers to solar power projects and expand its ‘just transitions unit’ beyond the fossil fuel-reliant region of Taranaki.

Ardern’s first-term flagship climate policy was a ban on the issuing of new oil and gas exploration permits. However, onshore permits continue to be issued, offshore permits have been renewed and there are no plans to shut down New Zealand’s coal mines or the Huntly coal-fired power plant.

The government has attempted to reduce farming emissions by cancelling irrigation subsidies, putting a cap on synthetic nitrogen fertiliser use and targeting a 24-47% cut in methane between 2017 and 2050. While the National Party and farming lobby said this target was too ambitious, Greenpeace’s Norman said it “had the teeth ripped out of it”.

The government has not increased the previous National government’s contribution to the Paris Agreement of 30% emissions reductions between 2005 and 2030, which Climate Action Tracker rates as “insufficient” to hold global warming to 2C. It has promised to review this target early next year, after the climate commission advises on how to align with a 1.5C warming limit – the tougher goal of the Paris pact.

Ardern is set to hold talks with the Green Party in the coming days over whether to form a coalition. The next election is due in 2023 and there is no limit on how many terms a New Zealand prime minister can serve.