In 1915, Mike Gibbs’ Māori ancestors made their way from the flat, agricultural plains of Southland to the wild, steep, forested edge of Eastern Fiordland.

They were excited – the New Zealand Government was offering them plots to call their own, under the just-passed South Island Landless Natives Act (SILNA). Their ancestral lands had long ago been taken over by white settlers.

“So they’re on their way out there, and they meet people coming back the other way,” says Gibbs, recounting a family legend he’s heard many times. “And those people just said, “There’s nothing there. We can’t farm it; we can’t do anything with it.”

Today’s visitors to the Rarakau area would most likely disagree: the land is home to swathes of tall indigenous rainforest, perching on clifftops above vast, granite-bouldered Bluecliffs Beach in Te Waewae Bay, which is sloshed by the vast southern ocean and backed by the snow-dusted peaks of the Hump Ridge range. Scores of native birds live there, including tūī , kākā , kererū and the endangered, endemic Kea parrot.

But farming was the perceived pathway to wealth at the time, and those early land claimants knew the area’s clay pan and boggy ground would never support productive agriculture. “And so it was named ‘the cruel joke’,” said Gibbs, “that this land was given to us.” 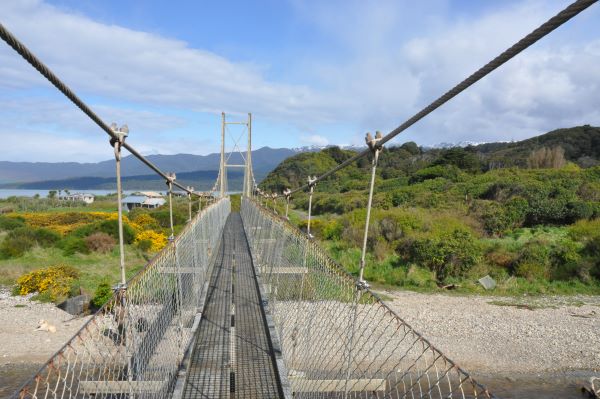 Bridge over the Waikoau river, which marks the border of the Rarakau land

For decades, the land just sat there, with few visitors but the occasional timber poacher. Then, in the 1960s, the Government decided that if these families were to maintain ownership, they needed to amalgamate the land with neighbouring Māori blocks and form an incorporation – and then pay tax on it.

Now needing to raise cash to keep the place in their hands, the incorporation cleared about a third of the 1330-hectare block and attempted to farm it. The effects were environmentally disastrous – and only marginally economically viable.

“When I was a kid, I remember fire was a management tool,” said Gibbs. “So they’d log these beautiful forests and then they’d burn what was left. It was like the Wild West: there were wild cows and horses, and broken fences. It wasn’t really a functioning farm as such, but just no-one could see past that approach.”

To raise cash and keep the farm going, the landowners began selectively logging tall canopy trees from the remaining forest: silver beech [Nothofagus menziesii], miro [Prumnopitys ferruginea] and tōtara [Podocarpus totara], all of which produce high-value hardwood timber. Younger generations – Gibbs among them – were much less keen to log, but the problem of generating income remained. 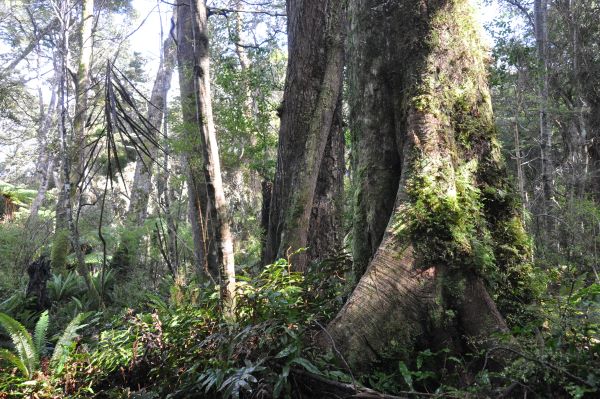 Then, in the early 2000s, Gibbs’ uncle Ken McAnergney met ecologist and carbon finance specialist Sean Weaver, and together they started exploring the possibility of selling carbon credits for protecting the Rarakau rainforest.

The group received some funding from Te Puni Kōkiri (the Ministry of Maori Affairs) to do a feasibility study. It estimated their 738 hectares of forest captures 2,458 tonnes of carbon dioxide per year. This was enough to make a sustainable income from carbon credits on the international voluntary carbon market. “So it was a real win-win situation,” said Gibbs.

Instead, the money largely goes into development projects such as fencing, regeneration, pest control and building infrastructure for tourism: the site is the jumping-off point for New Zealand’s newest Great Walk, the Hump Ridge Track, so there’s potential to develop accommodation and educational services there, too. “It’s an exciting project with potential for heaps of growth, and a real feel-good factor,” said Gibbs.

That ‘feel-good factor’ is often critiqued by opponents of the carbon market concept, who argue that polluters should focus on reducing, rather than offsetting, their carbon footprints.

In the Aotearoa New Zealand context, there are also important questions to be raised around equity and scalability. The Rarakau project is currently the only one of its kind. In a country where around 73% of indigenous forest has already been felled – and two thirds of that which still stands is set aside in protected areas – relatively few other Māori landowners have the opportunity to follow its example. 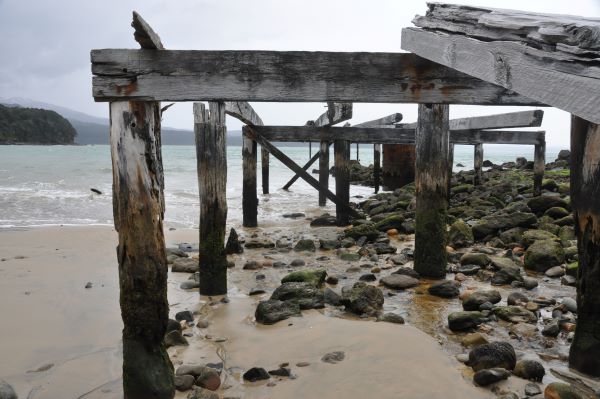 Derelict timber port around the bay from Rarakau

In Tairāwhiti on the North Island’s East Coast, some Māori landowners are trying a different route: earning carbon credits through the country’s national emissions trading scheme (ETS), through native reforestation on land which has been deforested.

One group of landowners in particular, who own the ‘Nuhiti Q’ block between Tokomaru Bay and Anaura Bay, has found some success with the venture: they’re reforesting unprofitable, difficult-to-farm parts of the block, and selling carbon credits to buyers like Gull, a petrol company.

The money they earn from those credits has allowed them to fund large-scale fencing projects and intensify production on the remaining farmland. Replanting with native mānuka [Leptospermum scoparium] also provides them with an opportunity for a new income stream – high-value mānuka honey.

However, other landowners interested in following that path have found it much less straightforward. That was clear from a 2019 research project carried out by economic and public policy research institute Motu and local charitable company Hikurangi Enterprises. The researchers tracked 13 groups of landowners with aspirations to reforest and enter the ETS – and over the three years in which they worked with them, “none of them managed to get registered,” said Sophie Hale, a research analyst at Motu who collaborated on the project. “And that in itself is an interesting finding, and suggests that there really is room for policymakers and other institutions to provide support to landowners – not only financially, but also with communication and information; it’s a big, scary process.”

“[The ETS is] a very complicated, complex system,” said Pia Pohatu, a local researcher who was contracted to Hikurangi Enterprises to work on the project. “And Māori land ownership and governance and development, in itself, is complex. And so I think a lot of people don’t get into it because they can’t see if they’re eligible, early.” That eligibility depends on a number of factors, such as how long ago the land was deforested, the size of the replanting area and what else is being done on the land.

Many landowners are also reluctant to shoulder the risk associated with committing to the scheme, which is relatively new to the country and could be ditched or become unprofitable in the future. For Māori, who own land collectively and intergenerationally, signing up to something now that will lock their descendants into the same land use – or face high de-registration fees – is particularly problematic. “I think that would be a huge risk for Māori,” said Pohatu, “if it means our future generation can’t have their own flexibility with the decisions.” 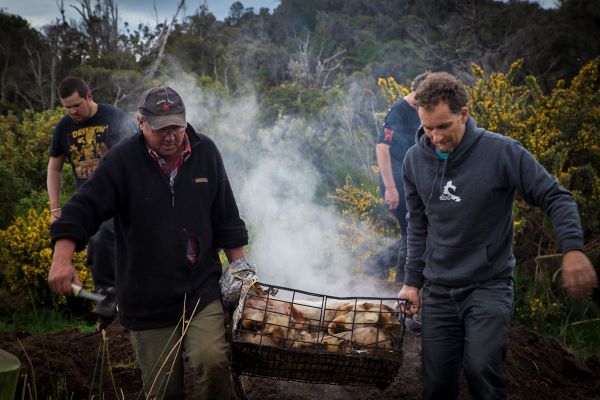 That intergenerational ownership has been important to navigate in the agreements negotiated at Rarakau, too. “We need intergenerational ability to make change,” said Gibbs. “So my grandkids need to be able to decide what’s best for that whenua [land] – especially because from an Indigenous worldview, it’s not ours! We’re only looking after it for the next generation. And if we train our kids right, then they’re making good decisions and looking after it for the next generation, too.”

For his part, Gibbs is keen to ensure that those younger generations feel connected to Rarakau – and that’s why having a healthy, well-preserved forest, a thriving farm and a sustainable business model is particularly important. “I think at some point, there’ll be people that have no other affiliations or ties to anyone else but that whenua [land], and they may not be lucky enough to have a whakapapa [genealogy] that goes past the person that was given that land in 1915,” he said. “So we need to make that space their space; I believe that those kids have a right to that. Because once they feel that connection, that gives them their own mana [prestige, status, honour] that they carry out into the world. And that’s what everybody needs – especially Māori youth.”

All photos are by Monica Evans unless otherwise credited.