In an extraordinary diplomatic attack, Beijing suggested “troublemaker” US must answer to the international community for breaking the consensus on climate change 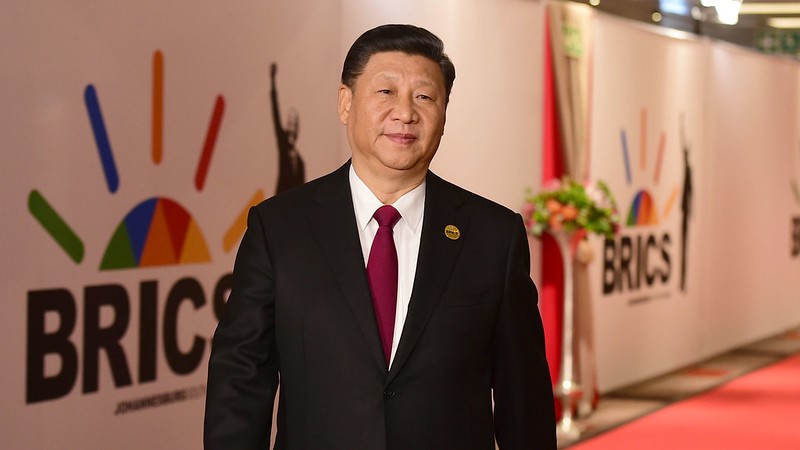 China has slammed the US’ environmental and climate record, in an extraordinary public attack less than two weeks before Americans go to the polls.

A “factsheet” published by China’s ministry of foreign affairs on Monday described the US as being “widely viewed as a consensus-breaker and a troublemaker”. It accused Washington of having “seriously undermined global climate governance and cooperation” for failing to ratify the Kyoto Protocol and withdrawing from the Paris Agreement – two global treaties designed to cut emissions.

The fact sheet on “environmental damage by the US” was backed by a more extensive report on “US damage to global environmental governance”.

In a sign of the rapidly deteriorating relationship between Beijing and Washington, the documents published by the Chinese government appear to be a response to the US State Department’s fact sheet on “China’s environmental abuses” published last month.

The US document accused Beijing of threatening the global economy and global health “by unsustainably exploiting natural resources and exporting its willful disregard for the environment through its One Belt One Road initiative” – China’s overseas investment drive.

Referring to Donald Trump’s record in the White House, Beijing said the US  had “not only backpedaled on its domestic environmental protection policies but also seriously undermined the fairness, efficiency and effectiveness of global environmental governance”.

By calling global heating a “hoax”, Trump undermined the multilateral order that underpinned progress on climate change in forums such as the G20, it said.

“With regard to what it has done to the environment, the US has yet to justify itself to its own people and to other people in the world,” it added, suggesting that even if Joe Biden wins the election on 3 November, a Democratic administration would have to face up to the consequences of the US retreat from climate action.

Biden, who is leading in the polls, has promised to “lead a major diplomatic push” to raise countries’ climate ambition and put the US “back in the driver’s seat” with a set of domestic policies putting the country on track to achieve carbon neutrality by 2050.

While rejoining the Paris Agreement is an easy first step, a Biden administration will have to balance domestic and international pressures to ensure it toughens its carbon-cutting efforts at home and delivers on a promise to increase international climate finance to galvanize momentum for action abroad.

For Li Shuo, Beijing-based senior climate and energy officer at Greenpeace East Asia, China’s statement “represents the bilateral war of words extending to a new era”. He said in a tweet: “Will this US bashing continue after the election? We will see.”

Biden has said he would hold China to account for its climate impact, particularly for outsourcing pollution to other countries through its “belt and road” investment initiative. Experts hope to see renewed cooperation on climate change between Beijing and Washington if Biden makes it to the White House, but with both sides talking tough that could be challenging.

The statement on US shortcomings follows a bid for the moral high ground from Beijing at last month’s UN general assembly. President Xi Jinping unexpectedly announced China would aim to achieve carbon neutrality by 2060, shortly after Trump lashed out at “rampant pollution” by Beijing.

Earlier this month, the Chinese-based Tsinghua University Institute for Climate Change and Sustainable Development (ICCSD) published new scenarios and policy recommendations for meeting the 2060 carbon neutrality goal. The research assumed China’s target included all greenhouse gases and not just carbon dioxide – one of the key questions raised by Xi’s announcement. However, this is yet to be confirmed by the government.

In the fact sheet, China criticised the US for repeated failure to uphold its climate commitments at home. While China is the world’s largest emitter today, the fact sheet noted the US was responsible for the biggest historic emissions.

Beijing confronted Washington’s failure to honour its climate finance commitments, including $2 billion to the Green Climate Fund, which President Trump has refused to pay. It accused the US of having “repeatedly blocked projects for developing countries citing unfounded reasons such as human trafficking and human rights violations, thus seriously undermining the developing countries’ right to use the funding”.

The Chinese government also took aim to the US for staying “completely outside the global biodiversity conservation cooperation system” ahead of major UN biodiversity talks in Kunming, China, in 2021. It added the US has not ratified the Convention on Biological Diversity.

Both statements go on to outline the US’ “poor track record” in protecting endangered species, on wildlife trafficking, water management, combating desertification, forest management, illegal logging and methane leaks, with pointed statistics highlighting when the US was a worse offender than China.

The story was updated on 20/10/20 to add context about the US fact sheet on China’s environmental record.