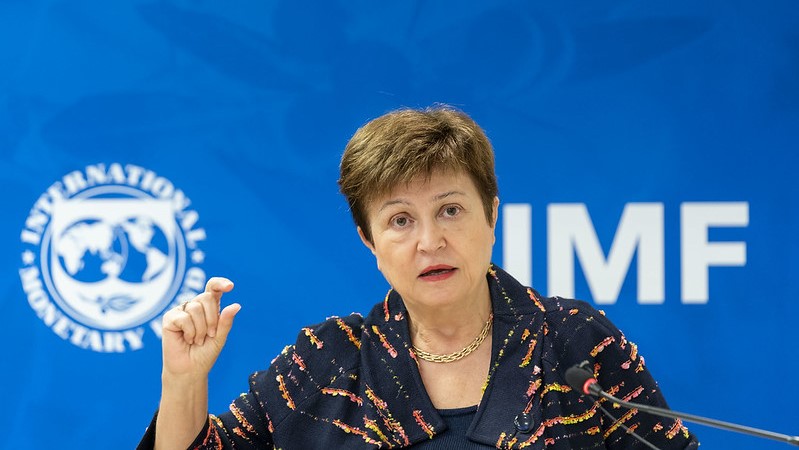 Campaigners are calling on the International Monetary Fund (IMF) to walk the talk on supporting a green recovery to Covid-19.

IMF chief Kristalina Georgieva has repeatedly called on countries to ensure spending is directed to green investments to weather the economic impact of the pandemic. Doing so, she said, could boost global GDP by 0.7% on average in the first 15 years of the recovery.

The IMF has made a quarter of its total lending or $280 billion available to countries, with more than a third of the funds accessed by nations since March to respond to the economic impact of Covid-19. So far, it has helped 81 countries, including 79 with emergency funding, with most of the payments made through short-term programmes with no conditions attached.

But in advice the IMF is offering alongside its financial support, it implicitly backs fossil fuel subsidies that risk putting countries on a polluting pathway.

Analysis by the Netherlands-based group Recourse, which campaigns for green finance, found the IMF failed to systematically recognise the macroeconomic risks the energy transition posed to countries: that is, fossil fuel infrastructure could lose value because of carbon-cutting policies and competition from clean technology.

At a meeting of 52 finance ministers on Monday, Georgieva said climate change was a “macro critical” issue — a term use by the fund to describe issues that are critical to ensure countries’ macroeconomic stability, which is at the core of the IMF’s mandate.

“Even while we are in the midst of the Covid crisis, we should mobilise to prevent the climate crisis,” she said. “Climate change is a profound threat to growth and prosperity… And macroeconomic policies are central to the fight against climate change.”

She urged governments to tax carbon to support those most affected by the shift away from fossil fuels and called on major emitters to adopt a carbon price floor to build global consensus on climate action.

However, in review of the IMF’s most recent economic policy advice to India, Indonesia, the Philippines, Mozambique and South Africa – five countries with ongoing coal expansion – Recourse found the fund was endorsing financial assistance that could be used for fossil fuels.

It found the IMF encouraged governments to increase public spending for priority infrastructure projects, which in India, Indonesia and Mozambique include coal power plants and export infrastructure.

And it backed tax incentives for new infrastructure investments without differentiating between low and high-carbon projects, the analysis showed.

In India, for example, the IMF suggested the government increased the rate of its existing carbon tax as a way to generate revenues but made no mention of the tax breaks India recently introduced for coal production.

Meanwhile in Mozambique, a World Bank and IMF debt sustainability assessment for accessing Covid-19 emergency funds found the country’s debt was “sustainable” based on anticipated revenues from a controversial mega project to produce and export LNG.

“If the IMF is serious about the green recovery and a clean and climate-resilient transition they need to start walking the talk themselves,” said Nezir Sinani, co-director of Recourse. “An easy start would be by ending tax breaks for fossil fuel producers, including for coal,” he said.

In a Q&A session with NGOs, James Roaf, coordinator of climate change policies in the IMF’s fiscal affairs department, said the fund was “not in any way supportive of producer subsidies for fossil fuels” which he described as “bad policy”.

He added the IMF was “not going to be able to tell countries what to do on climate” but worked through dialogue with governments, capacity building and peer pressure.

“It is of particular concern to civil society that the IMF has constantly been overestimating future growth from oil and gas discoveries in Africa,” he said, citing a recent World Bank working paper that compared revenues from petroleum projects in 12 countries with initial IMF projections.

Georgieva admitted the IMF had overestimated the benefits of past investments in fossil fuels. She said the fund wanted to be at the forefront of linking risks caused by the energy transition and by climate shocks, such as extreme weather events, with financial stability.

“We are asking ourselves… what we can do in this crisis to make sure we come out on the other side as a greener, fairer and more sustainable, more inclusive, more resilient world,” said Georgieva. The IMF had established a “very strong research” stream on the issue and was working to integrate climate risks into its stress tests.

“And I can tell you that it has not been an easy discussion,” she said, hinting at divisions within the IMF about the role the fund should play in addressing climate change.

“There are still some pushing that this is not for the fund, that the fund needs to focus on financial stability and that’s it. And so I spent a lot of time explaining that you cannot have financial stability without environmental and social sustainability.”

Dileimy Orozco, a senior policy advisor on sustainable finance at think-tank E3G, told Climate Home News the IMF needed to review the way it assesses countries’ economic and financial policies and the sustainability of countries’ debt to integrate climate risks. “These are the most important instruments the IMF has” to shift investments, she said.

She added the IMF should “give countries the confidence” to pursue longer term low-carbon investments opportunities without the threat of being penalised for not being able to repay growing debt immediately.

Sward, of the Bretton Woods Project, agreed the IMF’s work on climate change could “not be easily distangled” from its efforts to provide emergency relief.

“Many countries receiving IMF Covid-19 emergency assistance are being asked to carry out austerity as soon as next year. You cannot ask countries to implement their [climate plans] and transition to a low-carbon future if they have no fiscal space to do so.”