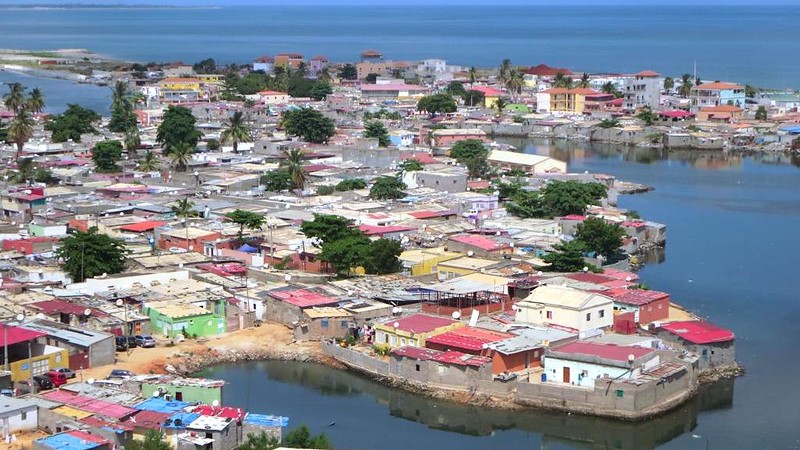 Angola has ratified the Paris climate Agreement, leaving just seven nations to formally endorse the 2015 accord.

Angola’s newly appointed minister of foreign affairs Téte António said in a tweet that Angola’s parliament had unanimously approved the country’s ratification of the Paris Agreement, already backed by 189 other nations. Angola is Africa’s number two oil producer behind Nigeria.

International agreements are initially signed to signal intent to comply, but only become binding through ratification.

Giza Gaspar Martins, director of the cabinet on Climate Change at the Ministry of the Environment, told Climate Home News Angola’s late ratification was due to the need to develop analytical tools to monitor greenhouse gas emissions and delays in the political process.

“We did not think it was urgent for us to ratify but there were never any doubt of our commitment to the Paris Agreement,” he said. In the five years since Angola signed up to the agreement, the country has developed a climate policy, established a climate observatory and a national monitoring system that provides up-to-date emission data.

“We lay the foundations to be able to implement the agreement,” Martins said, adding that an election cycle in 2017 further delayed the ratification process.

The UK diplomatic mission in Angola welcomed the news, saying the ratification will “drive Angola towards a sustainable approach, including delivering a sustainable green recovery from the Covid-19 pandemic”. The UK is hosting a critical climate summit, known as Cop26, in Glasgow in November 2021 when it hopes to spur the world into taking stronger climate action throughout the 2020s.

Angola is heavily dependent on oil exports and oil production and supporting activities contribute about 50% of its gross domestic product, according to the Organization of Petroleum Exporting Countries (Opec). Data for 2019 shows petroleum products accounted for more than 95% of its exports.

Until this week, Angola was one of four Opec countries not to have ratified the Paris Agreement. Iran, Iraq and Libya are among seven countries yet to formally endorse the deal. Together, they account for around 4% of global emissions.

President Donald Trump began the procedure to withdraw the US from the Paris Agreement in 2019 and will leave the deal on 4 November this year – a day after Americans are due to the polls. A victory by Democrat Joe Biden, however, could see the US rejoin the accord in early 2021.

Under the Paris Agreement, countries have committed to cut their emissions to limit global temperature rise to “well below 2C” and strive to 1.5C – a tougher goal that vulnerable nations say is vital to their very survival. Every country that has ratified the agreement is expected to present a climate plan — also known as Nationally Determined Contribution (NDC) — to UN Climate Change.

Angola, which accounts for about 0.36% of global emissions according to the World Resources Institute, has not yet submitted an NDC to the UN.

But at the last climate talks in Madrid, Spain, last December, Angola was one of 103 countries which signalled its intention to enhance its climate ambition in 2020.

Martins told CHN the country’s NDC would be more ambitious than a draft climate plan presented in November 2015.

“In principle,” Martins said Angola will present its NDC before the end of the year to meet a UN deadline for submitting updated climate plans and align global commitments with the Paris goals. Despite the postponement of Cop26 from November 2020 to 2021 the UN has so far insisted countries have to present more ambitious plans this year.

“We will be ready to submit our NDC this year but if there is an extension to the deadline we will use it,” Martins said, as the country tries to tackle both Covid-19 and the climate crisis.

The coronavirus pandemic has slowed momentum for climate action. So far only 11 nations representing 2.9% of global greenhouse gas emissions have presented updated plans to the UN. While in many developing countries the pandemic has diverted resources and hindered their ability to prepare new climate plans, none of the large emitters have so far responded to the UN’s call to submit more ambitious pledges.

In a statement on Thursday, Tanguy Gahouma-Bekale, of Gabon and chair of the African Group at the UN climate talks, warned that African countries were struggling to cope with both the pandemic and the climate crisis and urged the world to channel “the same level of resources” to fight Covid-19 into addressing climate change.

He added the African Group had made supporting African nations in revising and updating their climate plans a priority for the rest of the year.