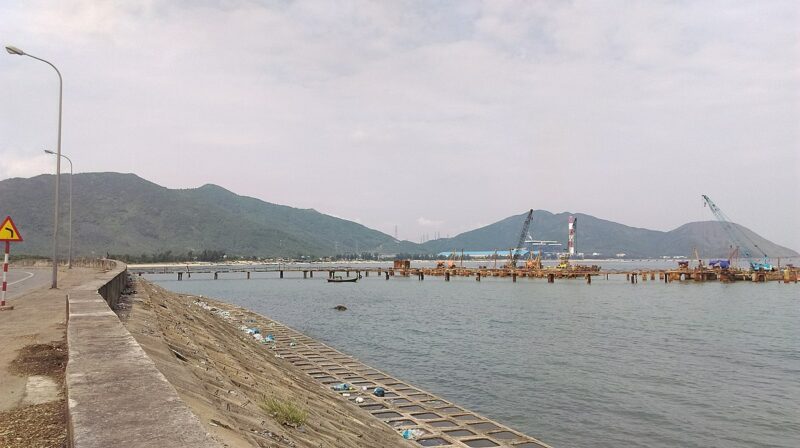 The board of Korea Electric Power Corp (Kepco) decided on Monday to spend $189 million on a 40% stake in the proposed 1,200 MW Vung Ang 2 coal power project.

National media reported the government’s economic and trade ministries backed the proposal, while the environment minister has spoken out against exporting coal power technology.

The Democratic Party won a landslide victory in April, promising to end coal financing and implement a “green new deal” with a goal of net zero emissions by 2050.

However the strategy unveiled in July contained no commitment to net zero or a coal finance ban. Climate Action Tracker rates the country’s efforts as “highly insufficient”.

Joojin Kim, managing director of Korean campaign group Solutions for Our Climate, said greenhouse emissions from Vung Ang 2 would dwarf the savings from domestic policies. The decision to back it “shows how out of touch our government is when it comes to climate change,” he said.

The move sparked instant criticism from the UK team in charge of next year’s UN climate talks. Nigel Topping, who leads on private sector engagement and outreach for Cop26, tweeted: “This will be bad for climate, soon become a stranded asset, waste [South Korean] taxpayer’s money and badly damage [the] reputation of all players.”

The Hankyoreh newspaper has reported that the Korean government is planning to submit a climate plan to the UN this year, with the same target as its last one. This goes against the Paris Agreement principle that countries should increase their climate ambition every five years.

Kepco is also involved in coal projects in the Philippines and Indonesia. The Asian Peoples’ Movement on Debt and Development (APMDD) told Climate Home they would campaign against all these projects.

Coal accounts for around a third of Vietnam’s installed power generation capacity, with more plants in the pipeline. The government has signalled it will limit coal power growth, without specifying how many plans are affected.

Climate Analytics chief executive Bill Hare said: “Vietnam is in the process of gradually moving away from coal and learning how it can take advantage of its renewable resources. The Korean government should not be discouraging that. It should be helping to accelerate that.”

According to Minh Thu Vu, from the Institute of Energy Economics and Financial Analysis: “Provincial authorities and communities [in Vietnam] have become increasingly vocal and resistant to the development of new coal power plants in their provinces, especially when other technology alternatives are available.”

Financial analysts have also questioned the project’s wisdom. Solutions for Our Climate cite a study by the Korea Development Institute predicting Kepco will lose $84m through the project, as renewable power sources increasingly undercut coal on price.

Companies reportedly in talks to carry out the engineering, procurement and construction (EPC) of the project include Samsung C&T and Doosan Heavy Industries, with South Korean policy bank Export-Import Bank of Korea providing finance.

Samsung promotes itself as a green consumer brand, using the slogan “PlanetFirst” and declaring: “A healthy environment is essential to our future.”

Investors including Legal & General, Norway’s KLP, Helsinki-based Nordea Bank and Danish pension fund AkamdemikerPension have urged Samsung to drop the coal project. Samsung did not immediately respond to a request for comment.

Kim questioned whether Doosan, which is heavily in debt, would want to pursue a lengthy and risky project. “I see a lot of opportunities for the project to go down,” he said.

Hare said the plant may well not be built. “Surely, it must only be a 50/50 proposition at best,” he said. “The world is moving away from coal.”

An earlier version of this article incorrectly stated that Korea Trade Insurance Corporation was expected to provide finance.