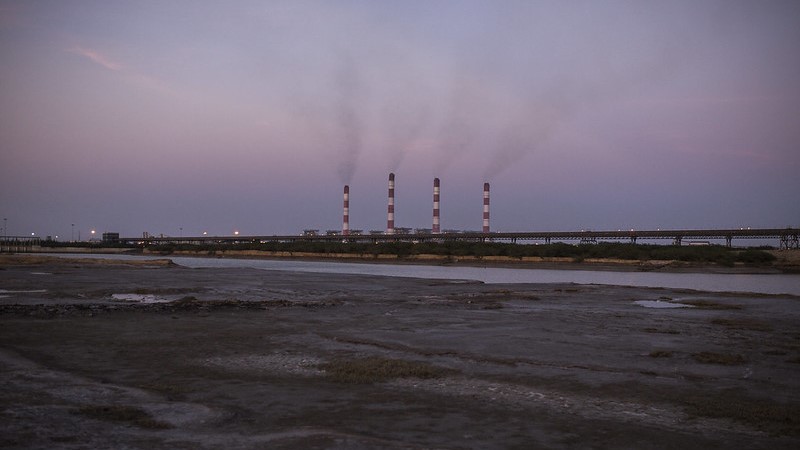 The South Korean government is backing a $2 billion bailout of the country’s biggest coal plant manufacturer, despite promises to end coal financing.

State-owned Korea Development Bank (KDB) and the Export-Import Bank of Korea, the country’s export credit agency, have agreed the package of emergency loans for Doosan Heavy Industries & Construction over the last month.

Campaigners have expressed concerns the loans would incentivise Doosan Heavy to sell more coal plants to other countries, locking in high carbon emissions. On Tuesday, four environmental groups filed a request for an audit into the bailout.

They say no social or environmental conditions have been attached to the relief, which amounts to more than double the company’s market capitalisation of less than $1 billion.

The bailout is a response to a liquidity crisis that has been exacerbated by the global fall in coal demand caused by the coronavirus pandemic. But the company’s credit rating was downgraded and its share price collapsed before the Covid-19 outbreak.

The bailout stands in contradiction with Green New Deal plans outlined by South Korea’s ruling Democratic Party to achieve carbon neutrality by 2050. Under the plan, the party promised to phase out domestic and overseas coal financing by public institutions.

Greenpeace, Solutions For Our Climate, Gyeongnam Korea Federation for Environmental Movements and  Machangjin KFEM filed a request for a public audit into the bailout at the Board of Audit and Inspection.

Campaigners requested the Board of Audit carry checks over whether the company’s future cash flow potential and business outlook had been sufficiently scrutinised before the bailout was agreed.

“The government has been providing a massive chunk of money to a coal-reliant company,” Joojin Kim, attorney and managing director of Solutions For Our Climate, told Climate Home News.

Kim said the bailout was “unwise” both in terms of the company’s continued impact on the climate and the financial risk of its coal assets becoming stranded as demand falls. “The company should not receive government financing as long as its business model focuses around coal,” he said.

Mari Chang, climate and energy campaigner at Greenpeace, said the no-strings loans “played a role in preventing the company, which needs restructuring, from cutting off its losing businesses”.

In the longer-term, Kim said the company was aspiring to grow its gas business despite the fact the market was predicted to shrink and was already saturated with well-established competition.

The approval of relief loans “has been very opaque,” Kim told CHN, insisting on the need for a third party review. The groups are also waiting on the outcome of a freedom of information request in the hope of obtaining more details about the terms of the deal. Doosan Heavy’s own plan for recovery was not made public.

South Korea remains largely dependent on coal, which represents about 40% of the country’s energy mix. While the governments has signalled its intention to move away from coal-fired power plants, there is currently no national phaseout deadline.

The Democratic party’s decisive victory in last month’s parliamentary election gave President Moon Jae-in a mandate to press ahead with the country’s decarbonisation. Campaigners are anticipating more details about the country’s short to medium-term targets.

The Board of Audit and Inspection is required to respond to the audit request within a month of the filling. Kim told CHN he expected the decision over whether the request was accepted to be, “to some extent, politically directed”.

That decision, “will show how much the government is ready to take the risk and support the company,” he said.

Jongkwon Park, of Machangjin KFEM, said in a statement: “Trillions of won [South Korea’ currency] spent on large corporations with opaque futures have been used to expand coal power. This is a complete disregard for the people and future generations who will suffer from the climate crisis.”