Why is the world’s newest development bank investing in coal despite its green promise?

The Asian Infrastructure Investment Bank is backing a coal-fired cement works in Myanmar through an intermediary, in a worrying sign for its climate credentials 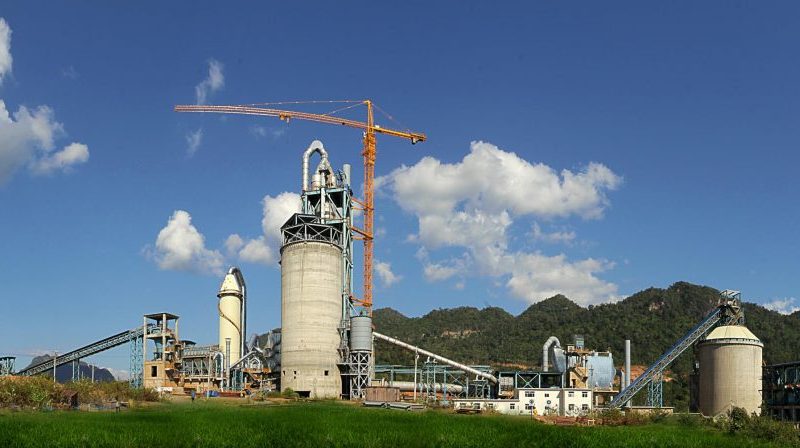 The AIIB is indirectly financing a coal mine expansion to fuel cement production in Myanmar (Pic: Apache Cement)

The Asian Infrastructure Investment Bank (AIIB) has dirtied its hands with coal despite its green rhetoric, ahead of its third annual meeting in Mumbai next week.

As the world’s newest multilateral development bank, the AIIB has made big efforts to brand itself as a “green” bank, with President Jin Liqun saying its “sacred mission” is to invest “without leaving an environmental footprint”.

He told last year’s annual meeting that the AIIB “will not consider any proposals if we are concerned about their environmental and reputational impact”, and proudly proclaimed “there are no coal projects in our pipeline”.

But a year later, the AIIB has already invested in coal. A report by Bank Information Center Europe and Inclusive Development International reveals how the AIIB’s investment through a financial intermediary has led the institution down a carbon fuelled path.

In September 2017, AIIB backed the IFC Emerging Asia Fund (EAF), which subsequently bought equity in Shwe Taung Cement for expansion of a cement plant in Myanmar. The investment will fund a new kiln to increase production significantly, as well as more than double the output from a coal mine that supplies the plant exclusively.

The EAF also invests in Singapore’s Summit Power International, which operates 13 power plants in Bangladesh, all of them run on fossil fuels, with no renewable energy visible in the pipeline. The IFC’s own investment in Summit Power is considered “high risk” because of concerns about issues such as land acquisition and pollution.

Related: The World Bank is reconsidering support for its last coal plant

This back-door investment is a worrying sign that the AIIB may not stick to its green commitments as it prepares to invest $100 billion in new infrastructure projects in Asia and beyond. Asia is on the front line of the fight against climate change.

Asia has increased its greenhouse gas emissions by 3.6% per year between 2006 and 2014 – 3% more than the global average. This includes emissions from industrial processes such as cement production, which according to the Intergovernmental Panel on Climate Change accounts for at least a fifth of all direct emissions.

AIIB’s investment follows widespread disappointment that its energy sector strategy, agreed last year, failed to rule out coal, let alone fossil fuels more broadly. To date, the AIIB has disbursed US$4.59 billion, of which US$990 million has been invested in five fossil fuel projects. Many of its renewable energy investments are also questionable, focusing on large scale potentially damaging projects, rather than funding for off-grid renewable energy projects, that are better at providing energy access for those most in need.

The AIIB still has the chance to leapfrog its peers like the World Bank to more sustainable lending practices. To truly be a 21st century bank, the AIIB needs to act now to ensure no more coal in its portfolio and develop a plan to phase out remaining fossil fuel investment by 2020. This must cover both direct and indirect investments. And following the World Bank’s lead, it should also stop upstream oil and gas financing.

Finally, it must ensure that its future financial intermediaries disclose all their investments, so that AIIB’s green commitments can be monitored and no more dirty projects slip through the net.