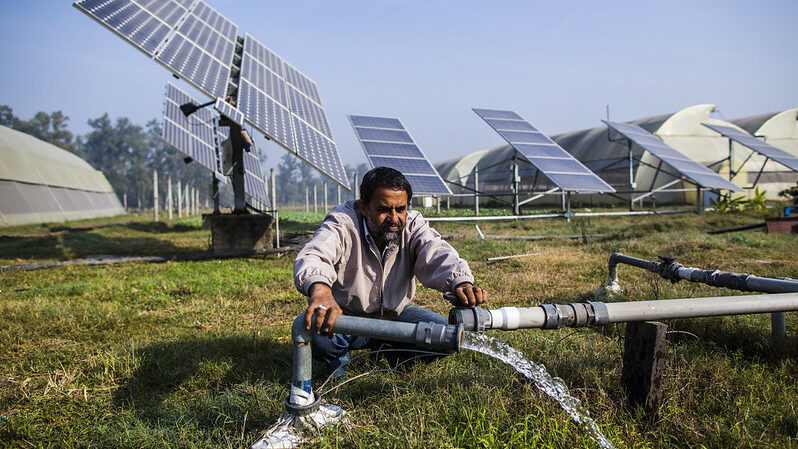 With less than 18 months to hit its bold 100GW solar power capacity target, India is just over a third of the way there.

Not a great time to escalate a trade dispute with the number one producer of cheap solar panels, then.

That is exactly what Delhi is doing, imposing extra import taxes on solar modules from China and Malaysia (a back door for Chinese manufacturers).

It is part retaliation for a border skirmish that killed 20 Indian soldiers, part attempt to boost Indian solar manufacturing.

But Indian manufacturers are nowhere near ready to meet demand and struggle to attract international investment, Lou Del Bello reports.

It is coal that has a new obstacle in South Africa, where a tribunal has ruled developers of new plants must factor in the impact of climate change on water supply.

The Water Tribunal cancelled water use permits for the 600MW Khanyisa plant, in a major setback for Saudi Arabia’s ACWA Power.

Campaigners celebrated the ruling, saying it set a precedent for other projects.

Ships and the greenhouse gases they emit are often out of sight, out of mind, for governments. The latest emissions report from the International Maritime Organization might make them think again.

It found 30% of ship emissions come from voyages between ports in the same country, double previous estimates.

That puts them firmly in the remit of national climate strategies, which could, for example, back hydrogen fuel for clean shipping.

Alister Doyle dipped into the running debate about the relevance of RCP8.5, the worst-case emissions scenario in UN climate science reports.

There has been a backlash from some scientists against describing the scenario, which sees 5C warming by 2100, as “business as usual”. The assumption coal use will increase fivefold is out of step with reality, for one thing.

A US study retorted that it was the closest match to observed emissions 2005-20 and maintained it was the best guide for planning up to 2050.