Some 30% of ship emissions come from domestic voyages, researchers find, urging governments to tackle the sector in national climate plans 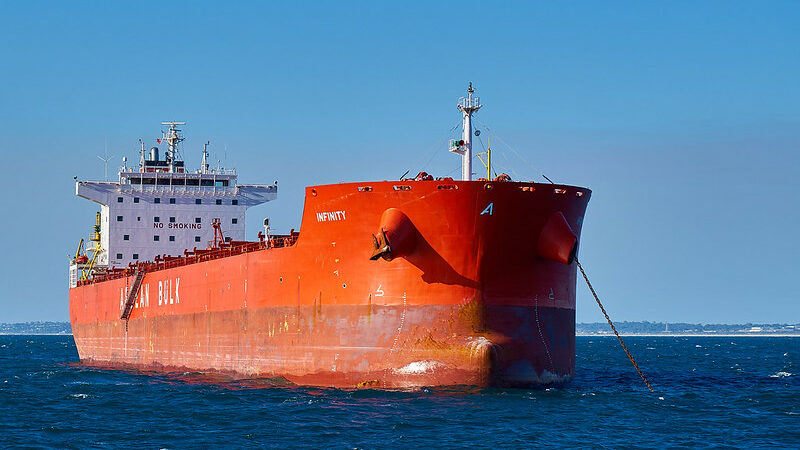 Greenhouse gas emissions from shipping increased by 9.6% from 2012 to 2018, as rising demand outweighed efficiency improvements.

That was revealed on Tuesday in a study commissioned by the International Maritime Organization (IMO), the first comprehensive analysis of ship emissions worldwide since 2014.

While the coronavirus pandemic is temporarily slowing the flow of cargo and savaging the cruise industry, emissions are expected to rebound in the longer term. By 2050, ship emissions are forecast to reach 90-130% of 2008 levels, in the absence of further action.

“We still need to reduce emissions and introduce more stringent regulations over the next decade,” Elena Hauerhof, principal consultant at Umas, which led the inventory work for the study, told Climate Home News. “We are still not aligned with the Paris Agreement targets yet.”

The mammoth study, compiled over a year by nine research organisations in six countries, shows the IMO has its work cut out.

Member states agreed in 2018 to halve shipping emissions by 2050 – a target that did not satisfy climate advocates calling for full decarbonisation. Talks on measures to meet the goal, already proceeding slowly, have been delayed due to Covid-19.

That means countries could make a significant impact by bringing in stricter emissions controls on ships travelling between ports in their borders, without waiting for consensus at the IMO.

Tristan Smith, director of Umas, said in a statement climate policymakers had too often ignored shipping. “Hopefully this study will encourage countries to look again, and bring shipping firmly into their national [greenhouse gas] policy, hydrogen strategies and action,” he said.

Many aspiring climate leaders are seeking to develop “hydrogen economies”. The idea is to make the gas with renewable electricity and use it as a clean-burning fuel for industrial applications or transport.

EU to make big push for hydrogen, despite green concerns and infrastructure gaps

There were also new findings on the importance of non-CO2 climate pollutants.

Black carbon accounts for 7% of shipping’s climate impact, the study estimated, but has evaded regulation as negotiators cannot agree on how to measure it.

Methane emissions, while less than 1% of total greenhouse gases, surged 151% in the period studied. These mainly come from carriers of liquefied natural gas (LNG), using some of the cargo to fuel the ship, by way of leaky engines.

“We were really quite stunned at the massive increase in methane emissions from ships,” said Bryan Comer, senior researcher at the International Council on Clean Transportation (ICCT), which led on work around non-CO2 pollutants.

LNG has been touted as a cleaner alternative to traditional bunker fuels, although analysis by Umas suggests it can deliver only modest emissions savings.

Campaigners are calling on the IMO to add methane standards to the energy efficiency regulations for new ships.

“It is obvious that if LNG is going to continue to be used, [the IMO] needs to get a handle on the ‘methane slip’ problem from the engines,” said Comer.