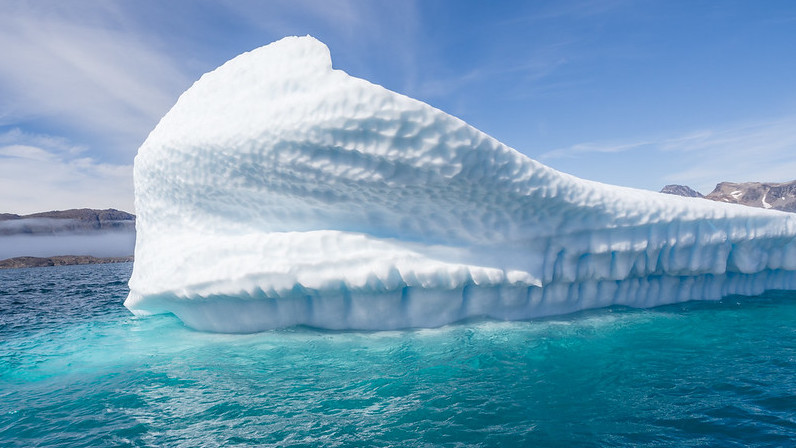 A ‘worst-case’ scenario of surging greenhouse gas emissions this century is still the ‘most useful choice’ for government planning until 2050 despite criticisms that it is alarmist, a US study said on Monday.

The scenario of rising fossil fuel use, used by the UN panel of climate scientists in reports over the past decade, had accurately tracked cumulative carbon dioxide emissions to within 1% in the years 2005-2020, it said. That was more precise than the other three main pathways for emissions until 2100.

Known as representative concentration pathway (RCP) 8.5, the scenario foresees a rise in temperatures of up to 5C above pre-industrial times by 2100, sharply at odds with the goals of the 2015 Paris Agreement to limit warming “well below 2C”, agreed by almost 200 nations.

It remains consistent with announced government policies until 2050 and has “highly plausible” levels of CO2 emissions in 2100, according to the study.

He said the study could be a wake-up call for greater action to curb climate change.

RCP8.5 is often portrayed by governments, scientists and the media as a “business as usual” of increasing emissions. Yet it has become increasingly controversial, with many scientists arguing it is unlikely to materialise and could make people feel hopeless about the future.

“RCP8.5 is characterised as extreme, alarmist, and ‘misleading’, with some commentators going so far as to dismiss any study using RCP8.5. This line of argumentation is not only regrettable, it is skewed,” Schwalm and colleagues wrote.

“Looking at mid-century and sooner, RCP8.5 is clearly the most useful choice” for planners, they wrote in the journal Proceedings of the National Academy of Sciences.

Among attacks on RCP8.5, two scientists in January called RCP8.5 “dystopian” and said it “becomes increasingly implausible with every passing year”. The scenario assumes a fivefold rise in coal use in the long term, whereas global coal consumption may have already peaked.

“Stop using the worst-case scenario for climate warming as the most likely outcome — more-realistic baselines make for better policy,” urged Zeke Hausfather of the Breakthrough Institute in Oakland, California and Glen Peters of the Center for International Climate Research, Oslo, Norway.

Exaggerating the risks by referring to RCP8.5 as the default for the future world economy could lead to defeatism and undermine government planning “because the problem is perceived as being out of control and unsolvable,” they wrote in the journal Nature.

Schwalm acknowledged that RCP8.5 was far from perfect. It has overestimated coal use and underestimated the fall in the price of renewable energies relative to fossil fuels. But he said that these flaws were not significant enough to undermine the scenario as a whole. Other huge risks, such as a thaw of permafrost that could release vast amounts of methane, are typically omitted from such models.

And he said too much of the criticism of RCP8.5 focused on 2100, such as growth of coal or a doubling of the global population to 12 billion people, both of which now look unlikely. On a more human time scale of 30 years to mid-century – the typical length of a home mortgage loan – he said RCP8.5 was still the best guide.

Detlef van Vuuren, a senior researcher at PBL Netherlands Environmental Assessment Agency who helped design the RCPs, told CHN that RCP8.5 was never intended to represent “business as usual” as it covered the most extreme 5% of scenarios for emissions growth.

And he wrote in an email that RCP8.5 had become less likely overall with changing economic trends.

“Since 2011, on the one hand no stringent climate policy was implemented … But at the same time, renewables became much cheaper – and it has become more likely that future cars will be electric instead of petrol cars,” he wrote.

“All-in-all, I think that RCP8.5 is still useful as low probability, high impact case,” he wrote.

Nico Bauer, of the Potsdam Institute for Climate Impact Research, also said that RCP8.5 was still relevant for scientific and political debate.

“First, it cannot be excluded, because fossil fuels are abundant and the last decades have shown that countries like China and the US can increase their production within short time periods by substantial amounts,” he wrote in an email.

Also, it is useful to study the likely impact of climate change with high emissions – even if it never happened – to understand the impacts of policies and new technologies, he said.

Under the 2015 Paris Agreement, governments agreed to limit the rise in average world surface temperatures to “well below” 2C while pursuing efforts for 1.5C. The UN says that reaching the 1.5C goal would require unprecedented cuts in carbon dioxide emissions of 7.6% a year this decade.

Emissions are expected to dip in 2020 because of the economic downturn caused by the coronavirus, but rebound in the absence of structural change.

The authors of Monday’s report said that the pandemic did not affect their findings.

“Assuming pandemic restrictions remain in place until the end of 2020 would entail a reduction in emissions of 4.7 billion tonnes of carbon dioxide,” they wrote. “This represents less than 1% of total cumulative CO2 emissions since 2005 for all RCPs and observations.”

UN reports often contrast RCP8.5 with the most stringent scenario, RCP2.6, that foresees sharp emissions cuts to get on track for the Paris Agreement.

Last year, for instance, a report by the Intergovernmental Panel on Climate Change (IPCC) on melting snow and ice and the state of the ocean only used those two extreme scenarios, omitting what many scientists view as the more likely middle RCP options.

And a UN Environment report last year projected that temperatures are on track to rise by 3.2C by 2100, if all governments’ climate action plans were fully implemented, far short of the RCP8.5 scenario.

Climate scientists are updating climate modelling with new scenarios for the next round of IPCC reports, starting in 2021.