Greenhouse gas emissions from shipping will rise up to 250% by 2050, finds study, if the UN fails to regulate the sector 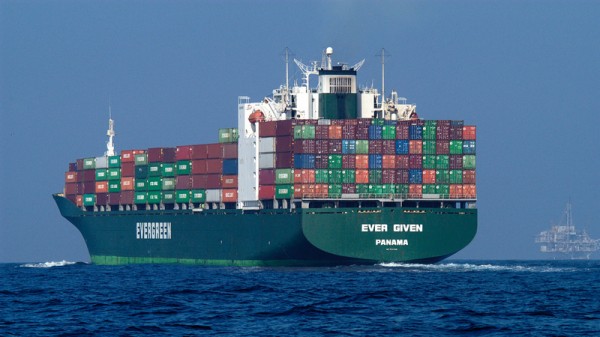 Shipping is responsible for a billion tonnes of greenhouse gas emissions a year, a little more than Germany.

Its share of global emissions fell from 3.2% in 2007 to 2.5% in 2012, according to the latest figures approved by the UN’s International Maritime Organization.

But with no strategy to curb emissions, they are set to rise 50-250% by 2050, depending on the rate of economic growth.

In his opening remarks to an IMO conference in London this week, secretary-general Koji Sekimizu made clear that growth would take priority over emissions reductions.

Bill Hemmings, of pressure group Transport & Environment, told RTCC the recent dip in emissions had more to do with the financial crisis than environmental regulations.

“That is all very welcome, but it does not change the underlying facts,” said Hemmings. “Shipping is on track for a very large increase in emissions to 2050.”

The IMO has made some indirect steps to limit emissions, the main one being energy efficiency design standards for new ships.

It also requires all operating ships to have energy efficiency management plans, but sets no minimum standard for the content of these.

As ships often operate for 30 years or more, fuel consumption of the existing fleet will continue to be a major contributor to emissions.

The industry is resisting further regulations, says Hemmings, with the support of “flag states” that make a lot of money from registering ships.

“Industry are saying: ‘we do what we have to do, which is be the servants of world trade, and we are not going to be regulated in a way that slows growth’.”

While some “enlightened” member states are working hard to promote action, he said they had come no closer to resolving the argument at this week’s meeting. 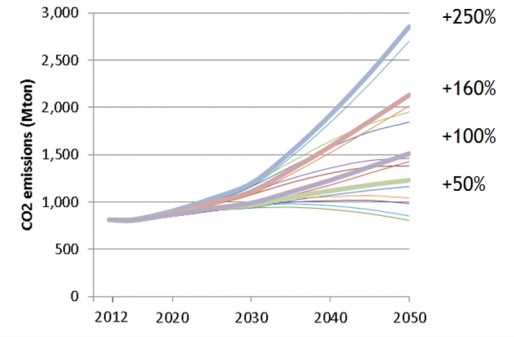 Efforts to tackle emissions head on, with a carbon tax or market, have been held back by a fundamental conflict between UN institutions.

The IMO and the UN Framework Convention on Climate Change (UNFCCC) run on different principles.

The former, being mainly concerned with activity outside national boundaries, insists on “no more favourable treatment” for one country over another.

The latter works with “common but differentiated responsibility” for emissions cuts, requiring developed countries to shoulder most of the burden.

There have been suggestions to overcome this, with a universal levy on emissions to satisfy the IMO and the revenue distributed to poor countries by a UNFCCC fund. But these have yet to get anywhere.

Tristan Smith, shipping expert at University College London and co-author of the greenhouse gas report, said any action would depend on getting better data from ships.

Putting in place strong reporting and monitoring regimes could take years. Then there would need to be pilot projects, said Smith.

“Nothing is going to happen before 2020. The only thing that could possibly change that is some radical outcome in Paris next year.”

He was referring to the 2015 climate conference at which negotiators are due to strike a global deal.

But for shipping to come to that table with no plan to tackle emissions is “not a credible position to take”, argued Hemmings.

“All sectors need to make a contribution.”