EU to make big push for hydrogen, despite green concerns and infrastructure gaps

Hydrogen is a clean fuel when burned, making it attractive for heavy industry, but most is derived from fossil fuels not renewable energy 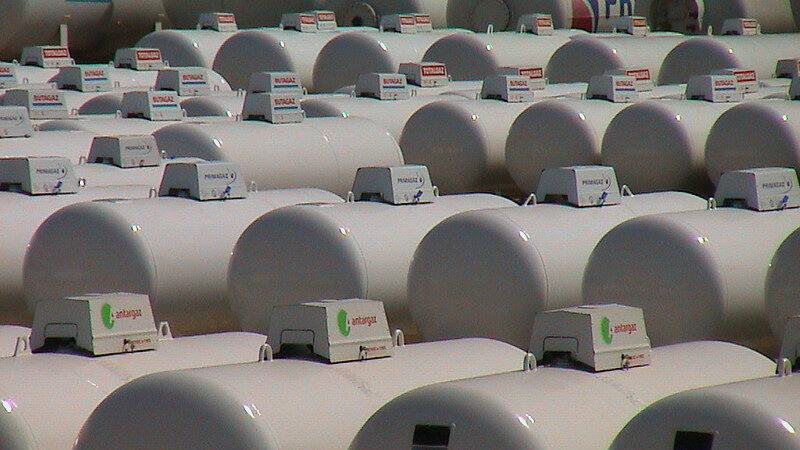 In the long run, methane storage and transport infrastructure could be repurposed for hydrogen (Pic: Tony Spencer/Flickr)

By Dave Keating for Euractiv

The European Commission will come out with a big push for hydrogen early next month, but there are concerns about whether existing infrastructure can meet the demand.

On Monday, as EU energy ministers met to exchange notes on how the coronavirus crisis affects their sector, it wasn’t long before the h-word came up.

Hydrogen is the hottest buzzword in energy at the moment, after the European Commission pledged to devote a significant part of its €750 billion recovery fund to support clean hydrogen gas.

The fuel is appealing because it doesn’t generate any CO2 emissions when burned, making it an attractive solution to decarbonise manufacturing sectors such as chemicals and steelmaking. It can also be generated using excess renewable power, and can be transported using upgraded versions of existing gas pipeline infrastructure.

At Monday’s video meeting, the energy ministers of Germany, Austria, France, the Netherlands, Belgium and Luxembourg submitted a joint statement calling on the Commission to back up its funding focus with targets and deadlines for ramping up the use of hydrogen.

The Commission should “analyse approaches to increase domestic production to enable rapid upscaling,” the group said.

The seven countries may be preaching to the choir. Vice President Frans Timmermans, who is in charge of implementing the EU green deal, has long been a champion of the new fuel.

The Commission will publish an EU hydrogen plan later this month. A draft of the plan leaked last week floated the idea of making the euro the currency for international hydrogen trades, much like the US Dollar is for oil today. This is just how much the EU wants to be at the centre of the hydrogen revolution.

But there is concern that ambitious hydrogen goals may be putting the cart before the horse. After all, a large-scale supply of hydrogen will require infrastructure changes. And right now countries are struggling to build a hydrogen infrastructure that could ensure there is enough supply in time to meet demand.

The EU currently consumes around 8 million tonnes of hydrogen each year, but most of that is produced from fossil gas rather than renewable power.

The six countries pushing for hydrogen have already been making some big infrastructure investments. Last week the German government adopted a national hydrogen strategy with plans to ramp up production capacity to 5 GW by 2030 and 10 GW by 2040. To achieve this, €7 billion will be invested in new businesses and research.

The German plan was the first to set quantitative targets for the production of hydrogen, but it is unlikely to be the last. France and the Netherlands are also looking into big hydrogen investments.

These like-minded countries are also looking into hydrogen interconnections between them. Last month, a collaboration agreement was signed between French natural gas transmission operator GRTgaz and its German counterpart Creos Deutschland for the creation of a new cross-border pure hydrogen transmission network, converting existing gas infrastructure.

The new hub would connect the industrial Saar region of Germany with the Lorraine region in France and Southern Luxembourg. The unprecedented agreement between the two grid operators, called mosaHYc, would have 70 kilometres of pipelines dedicated to transporting up to 20,000 m3/h (60 MW) of pure hydrogen. And yet, not a single new pipeline will be built.

“We see in this region a good potential to have this first kind of project because we have gas pipelines that can be retrofitted to hydrogen,” Marion Lacombe, a strategic analyst at GRTgaz, told Euractiv. “And on the supply side there are also projects of developing green hydrogen from electrolysis next to the pipelines. We really think there is a possible connection that we can make between hydrogen production and potential final uses.”

The choice of this industrial region of Saarland and Lorraine is not by accident. It has the perfect mix: industrial activity that can generate the hydrogen, existing gas pipelines that can be converted to hydrogen, and a ready industrial customer base that can use the hydrogen.

It’s also an area with a significant air pollution problem that would benefit from transitioning to a clean fuel. It fits very well into the concept of a “hydrogen valley”, a self-contained area capable of generating and using its own hydrogen and eliminating the need for outside fossil fuels. The industrial hub becomes both a producer and consumer of energy.

It’s hoped that the lessons learned in the Franco-German pilot project can then be applied to existing gas infrastructure across Europe. But Jean-Marc Brimont, head of EU affairs for GRTgaz, says policy support will be necessary to make this a reality. “We want [EU policy] to be based on the carbon footprint of the different technologies, using a system which is based on the measurement of CO2 on a lifecycle analysis basis,” he said.

“We also want [the upcoming hydrogen strategy] to introduce targets to incentivise the consumption of hydrogen in different sectors. We know we have already some sub-targets for transport. But it would also be useful to have targets for industry and heating, to support demand.”

“As an infrastructure operator, we believe there is a need for infrastructure to connect the demand with the supply. We know it will start locally, in industrial clusters, but moving forward if the supply and demand is growing, we might see production of hydrogen that would need to be transported across countries, across Europe.”

That kind of large-scale vision for hydrogen alarms some climate campaigners, who worry that the push for hydrogen is an attempt to keep fossil gas in Europe’s energy system. They point out that these new cluster projects are not necessarily using clean hydrogen, and the Commission has yet to define precisely what clean hydrogen is.

“The Commission seems to be putting renewables and hydrogen on an equal footing,” says Tara Connolly, an energy campaigner with Friends of the Earth Europe. “In an earlier draft [of the recovery package], the title of one section was called ‘renewables and hydrogen’. That’s quite worrying because we know that renewables can deliver emissions savings and energy. It’s a proven technology, reducing in costs all the time. The problem with hydrogen is something like 95% of it in Europe right now is produced from fossil fuels.”

“There’s been a lot of talk about clean hydrogen, but in the leak of the hydrogen strategy a few weeks ago it says the Commission needs to define what clean hydrogen means. So we have Timmermans saying, ‘don’t worry it’s going to be clean hydrogen’, but from the documents it’s clear they don’t even know what that means.”

Friends of the Earth wants the EU to fully decarbonise by 2030, and Connolly believes that a growth in hydrogen now wouldn’t be compatible with that.

“I see a lot of parallels with the biofuels debate – people latching on to a technology that would allow business to keep its same business model and infrastructure. But in the end the volume and scale is just not going to deliver.”

Brimont disagrees, saying the focus now is to develop a hydrogen infrastructure by converting existing gas pipelines. “This isn’t about greening gas, it’s about a conversion of gas infrastructure,” he says. “We see an increase in volumes of biomethane and also hydrogen.”

“Gas companies are working together to see which parts of their network they can convert to hydrogen, while limiting cost and social impact. This is the goal, to be the first stone of a bigger network.”