The region is on schedule to meet rising demand for electric vehicles, with five major battery factories in operation and at least 11 more expected by 2030 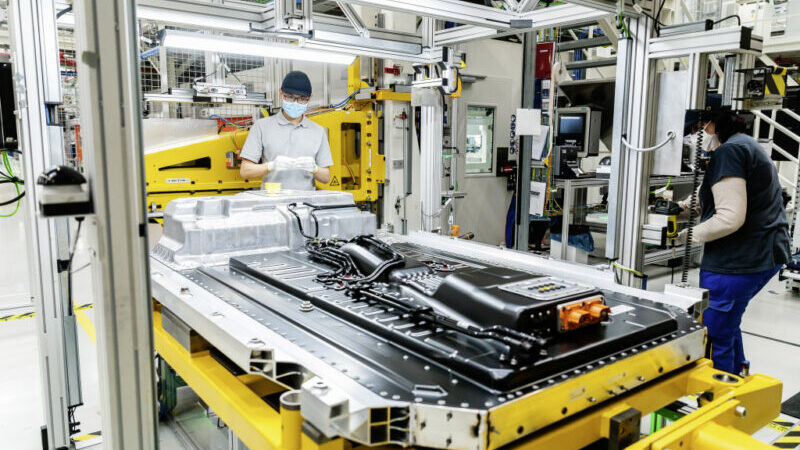 While Covid-19 has brought many industries to a halt, plans to build large-scale battery gigafactories across Europe have remained largely on schedule, according to market analysts.

Data from Benchmark Mineral Intelligence (BMI), a London-based price reporting agency, predicts that by 2030 there will be at least 16 plants operating across the continent with a total annual production capacity of 446 GWh.

This would make the region the second largest producer of lithium ion batteries after China.

“We have seen some issues with cell producers in Europe struggling to ramp cell production in new facilities to meet demand, but in terms of construction timelines the plants to date have remained on schedule,” said Caspar Rawles, head of price assessments at BMI.

“The virus this year may have slightly pushed back some schedules but there doesn’t seem to be any significant issues so far.”

The market analysts forecast that by 2030 European demand will increase to over 300 GWh of cells a year, well below the expected capacity plans.

This spells good news for the ever-growing electric vehicle industry and for the fight against climate change. A recent study showed that plug-in vehicles emit less greenhouses gases than petrol and diesel in all but the most coal-intensive electricity markets.

So far, five gigafactories are operating in the region. Plants like LG Chem in Poland and SK Innovation in Hungary take advantage of relatively low production costs in eastern Europe.

Germany leads the way for the future of European battery production capacity, with plans to reach more than 200 GWh by the end of the decade; almost half of the continent’s proposed total.

“Whilst this is one of the more expensive regions in Europe in terms of labour and land costs, the German government has a large auto industry and if it fails to attract cell production it will risk significant job losses,” said Rawles.

Various incentives have been put in place in Germany, such as a €9,000 subsidy for purchasing a fully electric vehicle priced up to €40,000 as part of the nationwide Umweltbonus programme.

Many other European nations have similar incentives to align with objectives set out in the Paris Agreement.

Daimler, CATL, and BMZ are among a growing list of companies with solid plans to establish gigafactories in Germany, making it the central hub for Europe’s contribution to the global battery race.

Swedish battery maker Northvolt, which is planning to establish one of the region’s largest factories, has teamed up with car manufacturer Volkswagen to build an additional plant in Germany.

This will form part of the European Battery Union, a joint venture led by the two companies to research, develop, and implement battery technology in several EU member states.

At the end of last year Elon Musk revealed he had chosen Germany as the home of Tesla’s newest facility over the UK – a decision he said was due to uncertainties around Brexit.

More recently it was reported that the firm was in talks with the British government and considering a potential site in south-west England.

“The government is working with industry to help make the UK the location of choice to develop world-class electric vehicle technologies,” a press officer from the Department for International Trade told Climate Home.

“The Department For International Trade is working closely with partners to scope out sites for new investment into electric vehicle research, development and manufacturing across the UK,” she added.

Although the tech giant has been the face of the electric vehicle movement with its CEO having coined the term ‘gigafactory’, Tesla, as well as the entire European continent, still only contributes a small amount to global battery capacity output.

Models suggest that the country will maintain its share over the next 10 years to reach a total manufacturing capacity of 1,887 GWh, four times what Europe is expected to produce in the same time frame.