The US presidential contender has pledged to invest in research and development to tackle the climate crisis if elected, in a plan welcomed by experts 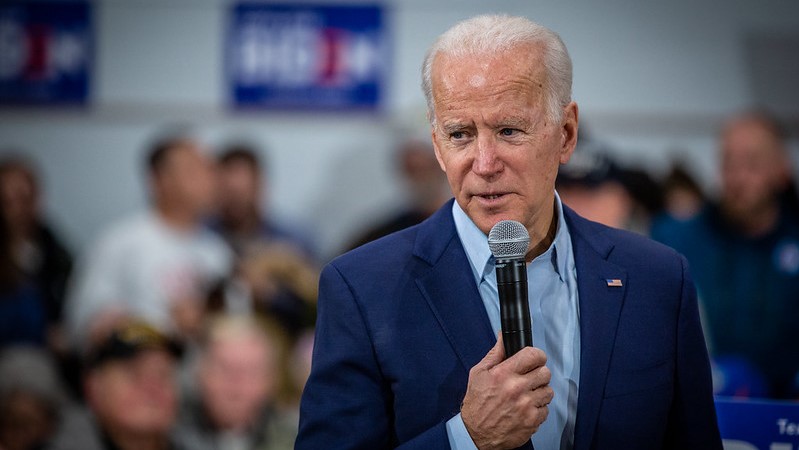 The Democratic nominee in this year’s US presidential election pledged to pursue “historic” investments in energy innovation and accelerate research and development on clean technologies  “on a scale well beyond the Apollo programme” – which took the first men to the moon in 1969.

“[The climate crisis] is not about intellectual property or burning out the competition, this is all hands on deck and we need all actors to take up the challenge,” she said.

Biden’s promise to support innovation with finance “will stimulate innovation, collaborations and technology transfers” globally, she added: “It will raise the bar, which is what is needed.”

In the wake of the coronavirus pandemic, Biden announced a climate plan to spend $2 trillion over four years to reboot the US economy and create jobs while addressing the climate crisis.

Biden hopes to put the US on course to make the power sector emissions-free by 2035 and reach net zero emissions across the economy before 2050. This is an accelerated timeline, with more money behind it than his initial plan released last year.

It includes driving “large scale innovation” to achieve cost reductions in battery storage, carbon capture, renewable hydrogen and the next generation of nuclear power and drive the rapid commercialisation of American-made clean technologies.

Biden committed to increase federal procurement by $400 billion to support the deployment of technologies like batteries and electric vehicles. He promised research funding and tax incentives for technology that captures and stores carbon and to establish an Advanced Research Projects Agency on Climate to scale up technologies that can help the US meet its goal.

Accelerating the deployment of clean technologies has become critical if the world is to avoid dangerous levels of global warming and achieve carbon neutrality by the middle of the century. Only 25% of emissions reductions needed to close the gap between current policies and a path that limits global warming to 2C can be delivered by technologies that are mature today, according to a report by the International Energy Agency published this month.

The US has historically played a key role, Siegert told CHN. For example, the rise of electric vehicles (EVs) across the world originated with private investments in the US. “Now every single motor company around the world has a plan to build EVs, which happened as a consequence of American innovation and investments.”

But over the past four years, Biden said Donald Trump allowed China to “race ahead in the competition to lead the auto industry of the future”. Under his plan, he aims to make the US a leader on producing EVs with an investment policy he says will create a million jobs in the automobile sector.

While much innovation is funded by the private sector, government support “can make it easier [for private actors] to contemplate innovation and bring investments,” Siegert said. This could take the form of public-private partnerships and leveraging American universities’ innovative strength into viable and scalable solutions.

“Under Joe Biden, there is an opportunity to really help the transition. By making clean technologies a priority and putting the US’ amazing resources and talent behind it, it could have ripples around the world,” he added.

While Biden’s plan is largely focused on encouraging and developing new technologies at home, knowledge and technology transfers to vulnerable communities and developing countries are urgently needed, Howie told CHN.

“Climate change is a global crisis. Sharing knowledge and technology is not a choice,” he said.

Kumar said the US should be looking to create more global partnerships, including in India. “No business in cleantech can ignore the global marketplace. The US needs to realise that investments in climate change need to get to the grassroots, to the poorest and most marginalised that are the biggest victims of climate change.”