Study shows it makes sense to drive an electric car in most of the world including in China and the US rather than stick to petrol, diesel engines 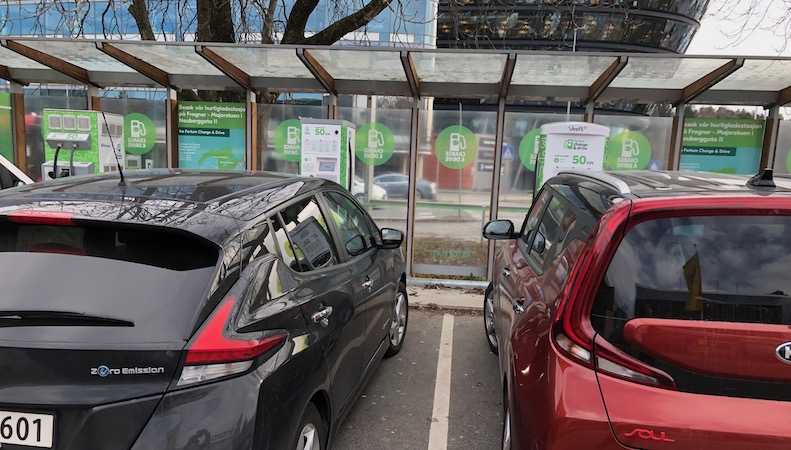 Electric cars help limit climate change in most of the world except in nations such as India and Poland where drivers recharge batteries with electricity from high-polluting coal-fired power plants, scientists said.

Plug-in vehicles emit less greenhouse gases than petrol and diesel models over a car’s lifetime – that includes the mining of metals or lithium for batteries, manufacturing, driving 150,000 kilometers and finally scrapping, a study published in the journal Nature Sustainability on Monday found.

Some past studies have questioned the greenness of electric vehicles (EVs), especially because of high emissions linked to making batteries.

“In most of the world, in countries accounting for 95% of road transport, EVs would reduce emissions compared to average petrol cars,” lead author Florian Knobloch, of the Environmental Science Department at Radboud University in the Netherlands, told Climate Home News.

The study said it made sense to drive an electric car rather than a fossil-fuel vehicle in major markets including China, the United States and almost all of Europe.

The exceptions, where EVs need electricity generated from coal-fired plants to recharge, were India, the Czech Republic, Estonia, Poland and Bulgaria, it said.

Transport, mostly by road, accounts for about a quarter of total energy-related carbon dioxide emissions worldwide.

“But it’s not like driving EVs is a silver bullet solution for transport. It’s much better not to drive a car at all,” Knobloch said of the findings by a team also including researchers from the Universities of Exeter and Cambridge.

As electricity sources shift from fossil fuels to renewables such as hydro, solar and wind power, EVs would become relatively more attractive. India, for instance, is shifting to solar power so EVs would make sense within a few  years, he said.

India has previously committed to raise the portion of renewable into its energy mix to 175GW by 2022, with the aim of boosting it to 450GW in the long-term.

The benefits of driving EVs are highest in nations with few fossil fuels in electricity generation. “Average lifetime emissions from electric cars are up to 70% lower than petrol cars in countries like Sweden and France (which get most of their electricity from renewables and nuclear),” the authors wrote.

NGO Transport & Environment (T&E), which campaigns for cleaner transport in Europe, said its research was more favourable to EVs.

“EVs are better than petrol or diesel cars in every country in Europe. This also includes Poland,” Lucien Mathieu, a transport and e-mobility analyst with T&E, told CHN.

Mathieu added that grids were likely to be a lot greener in 15 years’ time – the expected lifetime of a vehicle – if governments stick to pledges to cut greenhouse gas emissions under the 2015 Paris climate agreement.

There are also massive differences between the carbon footprint of manufacturing, he said. Tesla, for instance, uses clean solar power at a Gigafactory in Nevada to assemble battery packs and reduce emissions.