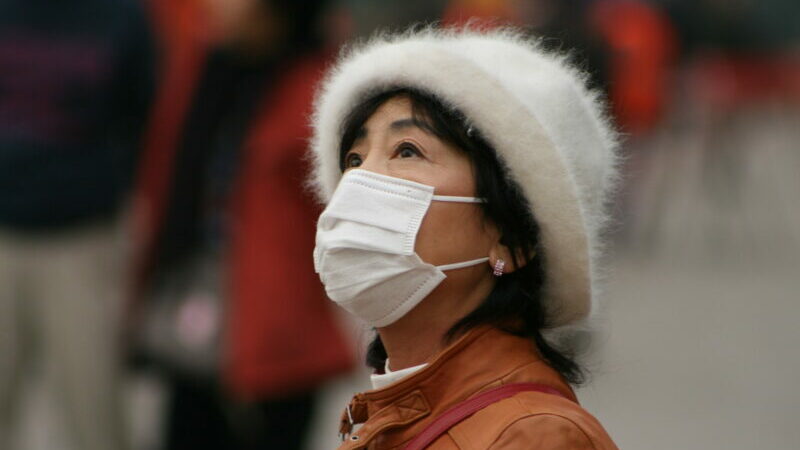 In China, masks are worn to protect against air pollution and diseases like coronavirus (Pic: Nicolò Lazzati/Flickr)

The way China rebuilds its economy after the coronavirus pandemic has huge ramifications for efforts to tackle climate change.

A government report ahead of the National People’s Congress starting Friday gave some clues as to what China’s recovery will look like.

Most strikingly, there is no GDP growth target this year, for the first time in decades. Citing the uncertainty caused by Covid-19, the premier said he would instead prioritise employment and alleviating poverty.

Climate watchers are cautiously optimistic that means China won’t try to boost the numbers through the traditional route of investment in dirty energy infrastructure and heavy industry.

On the other hand, there is no particular emphasis on a “green” recovery and five new coal plants were approved in March.

A German-headquartered, Finnish-owned coal generator is using an investment treaty to seek €1 billion compensation from the Netherlands over its coal phaseout, in a case that could set a dangerous precedent.

The Energy Charter Treaty was struck in the 1990s to boost investment flows between western and former Soviet countries. It wasn’t drafted with climate in mind and now it is being weaponised by fossil fuel interests to fight climate action.

The European Commission has proposed revisions to the treaty, to protect governments’ right to regulate, but campaigners say they do not go far enough and the deal should be scrapped.

Spain, Rwanda and Denmark all fleshed out their climate plans this week.

The Spanish government presented a draft climate law that not only sets a net zero emissions target for 2050 but bans new fossil fuel extraction permits with immediate effect. It requires five-yearly transition strategies for communities economically dependent on coal, oil and gas.

Rwanda became the first African nation to submit an updated climate pledge to the UN, now with quantified emissions goals.

Denmark is going big on offshore wind, planning two “energy islands” that can export clean power to other EU countries, under its climate strategy for the coming decade.

The EU is set to protect 30% of its land and seas by 2030, under a biodiversity strategy released this week.

That lines up with a proposed global target to be negotiated in Kunming, China, at a UN biodiversity summit originally planned for October but postponed due to coronavirus.