Climate watchers are cautiously hopeful Beijing will not turn to polluting infrastructure to rebuild the economy, but specific assurances are lacking 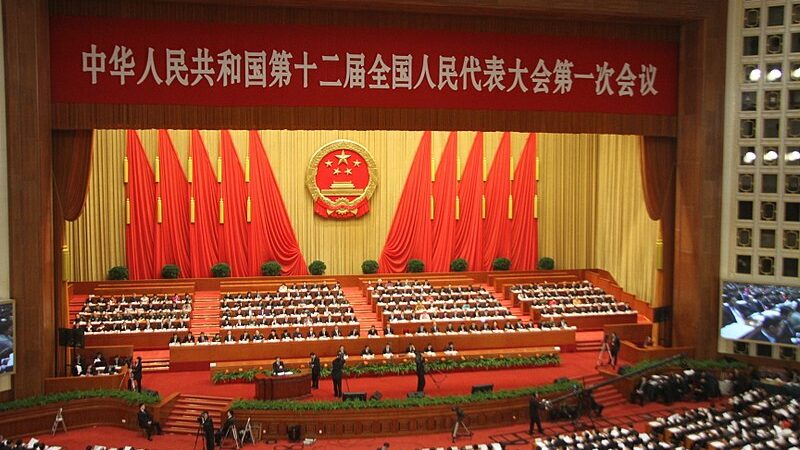 Beijing has decided not to set an economic growth target this year for the first time in decades – a move which could help shift China’s recovery away from energy intensive infrastructure projects.

In a report to the National People’s Congress, China’s most important annual political event which opened on Friday following a two-month delay, Premier Li Keqiang said: “We have not set a specific target for economic growth this year.

“This is because our country will face some factors that are difficult to predict in its development due to the great uncertainty regarding the Covid-19 pandemic and the world economic and trade environment.”

Environmentalists have expressed cautious optimism over the move.

“The central government sent a right signal to prioritise employment and poverty alleviation, and not to support further energy sector expansion. This needs to be carried through in the next few months,” he said, warning that “infrastructure fever” at the provincial level would also need to be contained.

The meeting, attended by more than 3,000 delegates from China’s provinces, aims to approve key economic and social development targets for 2020 that could determine the future carbon intensity of China’s economic development.

“It is no exaggeration to say the next few days will be critical for China, the world and global climate and environment agenda,” Li told reporters in a briefing.

Before the Covid-19 outbreak, China had expected to report 6% GDP growth this year.

As the country went into lockdown and industrial production stalled, the world’s second largest economy shrank by 6.8% in the first quarter of the year. A fall in domestic consumption and ongoing disruption to global trade could see growth drop further this year.

A high GDP target would have supported traditional infrastructure projects such as steel, construction and carbon-intensive energy to meet the desired economic goal. Instead, Chinese officials will focus on creating jobs and alleviating poverty to boost domestic consumption.

But the direction of China’s economic recovery to the Covid-19 pandemic is far from set.

While Beijing dropped the 2020 GDP target, it also avoided setting a goal to reduce energy intensity, a metric that has guided China’s development in recent years.

For Li, this is an indication that “economic considerations clearly trumped all other issues including the environment”.

Comment: We must build back better after Cyclone Amphan

While Beijing has stated its support for “new infrastructure” such as 5G, high-speed railways and electric vehicle charging points as part of the recovery efforts, a read-out from a Communist party meeting in late April named transportation and energy as potential sectors for investments.

The report to the National Party Congress makes no explicit plan to invest in the energy sector, nor does it rule it out.

Tang Dingding, secretary-general of China’s International Finance Forum, said “new infrastructure” investments will require vast amounts of electricity which could be met by accelerating the low-carbon transition in the months and years ahead.

Otherwise, the impact of following a traditional development pathway to reboot the economy will have long-lasting ramifications on China’s emissions pathway.

In March, for example, five new coal-fired power plants totalling 7,960 MW were approved for construction– more than during the whole of 2019.

“Although China’s coal consumption has peaked in 2013, signs of rebound appear strong,” warned Yang Fuqiang, senior adviser on climate and energy at the Natural Resources Defense Council’s China Programme. “Constructions of new coal power plants should be strictly avoided in this wave of economic stimulus.”