The European Commission set out a strategy to overhaul farming and strictly protect carbon-rich forests and wetlands, to benefit wildlife 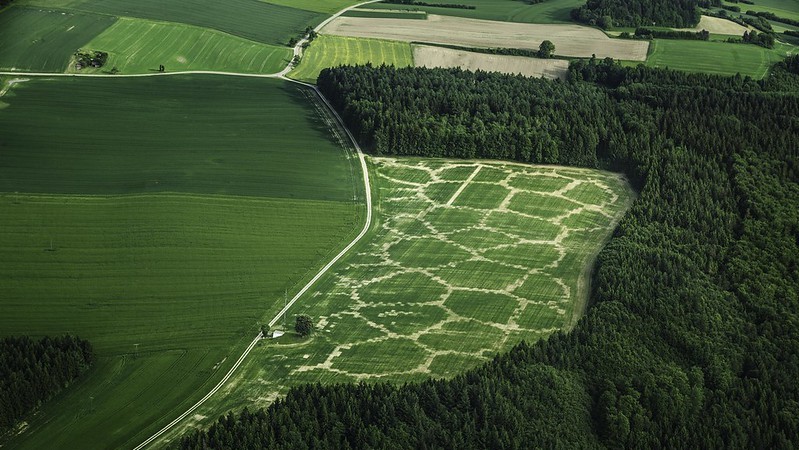 China, Brazil and Australia failed to bring new commitments to the UN biodiversity summit on 30 September 2020.

At least 30% of EU land and seas will be protected by 2030 to halt the decline of plant and animal species and restore carbon sinks to address climate change, under European Commission plans.

The proposed biodiversity strategy, initially due to be released late March and delayed by the coronavirus pandemic, was published on Wednesday.

The document outlines a 10-year vision to restore and protect the union’s ecosystems with a budget of at least €20 billion a year.

It lays out measures to transform the agriculture sector – one of the EU’s largest drivers of biodiversity loss – by promoting agroecology practices and making a quarter of all EU agricultural land organic in the next decade.

The Commission said the strategy would be “a central element” of the EU’s recovery efforts to Covid-19, which is believed to have been transmitted to humans by animals.

Scientists have linked the increasing frequency of infectious disease outbreaks to biodiversity loss, deforestation, the destruction of habitats and the illegal wildlife trade.

In a 27-page document, the Commission argued that protecting and restoring biodiversity can have a positive economic impact on a number of sectors such as farming, fishing and tourism and boost job creation at a time when countries are reeling from the economic impacts of the pandemic.

The strategy aligns with a 2030 target to protect at least 30% of land and seas proposed in the UN Convention on Biological Diversity (CBD) in January. Subject to negotiation, the target was set to be finalised in Kunming, China this October, but the summit has been postponed due to coronavirus.

A third of that area should be covered by “strict protection”, under a proposal in the CBD draft text, leaving it undisturbed by human intervention. Today, only 3% of EU land and less than 1% of seas are designated as highly protected areas.

Last year, a major independent report warned ecosystems were deteriorating at rates unprecedented in human history, with climate change the third biggest driver of animal and plant species decline, after land and sea use change and overexploitation of resources and organisms.

So far, it is unclear what type of activity would be allowed to take place in different types of protected areas, prompting conservation experts to call for clarification. The Commission said it would publish further guidance and criteria, including a definition of “strict protection”, later this year.

EU member states will be asked to legally designate new protected zones and ecological corridors by 2023. The strategy encourages governments to designate as “strictly protected” ecosystems that store carbon and other greenhouse gases, such as primary and old-growth forests, peatlands and wetlands.

The plan also identified agroecology as a key principle to increase production of healthy food while reducing agriculture’s environmental impact and increase soil fertility and biodiversity.

At least 25% of the EU’s agricultural land would need to be farmed organically by 2030. Organic farming attracts younger workers and helps create 10-20% more jobs per land area than conventional farms, according to the Commission, while creating added value products.

David Cleary, global agriculture director at The Nature Conservancy, said organic farming had a role to play in addressing biodiversity and environmental issues but that it was also less efficient in terms of land use, which at scale could also put pressure on habitats.

“Organic is best thought of as a niche answer,” he told Climate Home News. “You can expand the niche a bit but it is not an across the board solution.”

Other proposed measures to promote sustainable farming practices include halving the use of chemical pesticides in the next 10 years, reversing the decline of crop genetic diversity, and ensuring at least 10% of utilised agriculture land includes diverse landscapes such as hedges, trees and ponds that enhance carbon sequestration, prevent soil erosion and water depletion.

Such examples of regenerative agriculture, which limit the use of chemicals and put strong emphasis on soil health, can be scaled up, Cleary said.

The EU’s revised Common Agriculture Policy and its Farm-to-Fork strategy will be used to complement the policy framework to transform the agriculture sector.  A separate plan to protect marine ecosystems and conserve fisheries resources is expected in 2021.

Other proposed nature-based solutions that could help absorb carbon from the atmosphere while restoring biodiversity include planting trees and vegetation in both rural and urban areas.

The Commission promised to develop a roadmap to plant at least three billion additional trees across the EU by 2030 compared with current projections.

Cleary, of The Nature Conservancy, said the Commission’s programme was “strong on ambition” but “less so on the detail and implementation” which is to be expected at this stage.

“This is a great vision of what positive change would look like on the ground, but to bring that about you have to finance it, and provide an enabling regulatory framework. A lot is still to be done on both of those,” he said.

The EU Commission recognised there had been “clear implementation gaps” in the past for translating biodiversity strategies into action.

It committed to strengthen the enforcement of biodiversity objectives among member states with binding nature restoration targets – a move welcomed by The Campaign for Nature, which is calling on governments to protect 30% of the planet by 2030.

The Commission also pledged to promote the EU’s ambition on biodiversity using its Green Deal diplomacy and trade policy, for example promoting deforestation-free supply chains. The bloc is considering regulation on imported commodities like palm oil, soy and timber that are driving forest clearance abroad.

The union promised to “show leadership” during the delayed biodiversity talks in Kunming, China, when governments are due to adopt a new set of biodiversity targets to replace the 2020 goals agreed in Aichi, Japan, in 2010 – most of which have been missed.

The Commission said it would support calls for 30% of the world’s land and seas to be protected by 2030 and work to strengthen implementation  at the global level through increased finance and technology support.