Comment: A large-scale evacuation saved lives, but the threat of coronavirus looms in crowded cyclone shelters and repairing the damage will cost billions of dollars 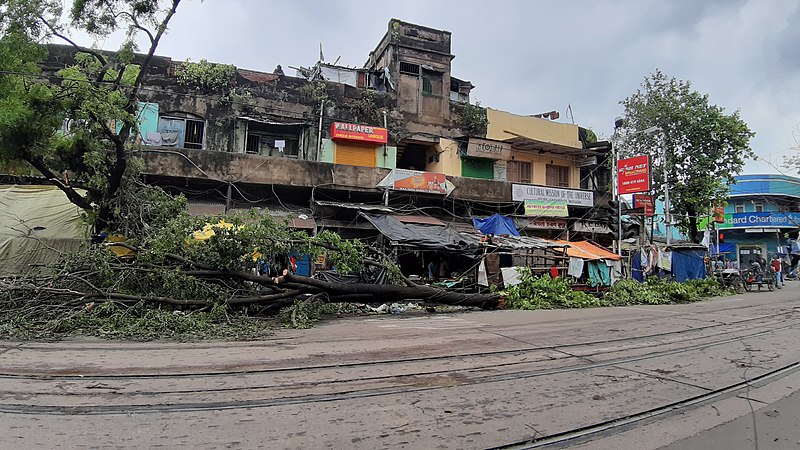 It is a few hours after Cyclone Amphan hit India and Bangladesh and sitting in Dhaka we are still getting new information on the devastation it has caused. It will be many days before the full extent of the loss and damage can be assessed.

These are some initial reflections on the links between the cyclone, the deadly coronavirus pandemic and climate change.

Cyclone Amphan was a slow-moving event that sat over the Bay of Bengal for several days, during which time it gathered strength due to the elevated sea surface temperature in the Bay.

At one stage it was declared as a category 5 super cyclone, the highest category ever seen in the Bay. This was happening as scientists who study cyclones, hurricanes and typhoons published research showing that elevated global atmospheric as well as sea surface temperatures due to human-caused climate change were causing the intensity of these events to increase. Cyclone Amphan certainly bears out the study.

By the time cyclone Amphan hit the states of West Bengal and Odisha in India, it had been reduced to a category 3 storm.

In southeastern Bangladesh, there were fears for the million or so Rohingya refugees living in flimsy huts, but fortunately those camps were spared the worst of the cyclone. In the southwest, the Sundarbans mangrove forest bore the brunt of high winds, offering some protection to the settlements further inland.

Cyclones of such magnitude in the past have killed tens of thousands of people.

Thanks to improvements in early warning and disaster response systems in India and Bangladesh, the loss of life this time has been limited. The authorities, NGOs and Red Cross and Red Crescent volunteers made an amazing effort to get most of the vulnerable population to safety. In Bangladesh, over 2.4 million people were evacuated and around a dozen deaths have been reported.

However, the evacuees face an increased risk of catching Covid-19, as it is almost impossible to maintain social distancing measures in crowded cyclone shelters.

When they are able to return home, it will take billions of dollars to rebuild their communities.

These economic losses are extremely debilitating for poor countries like Bangladesh and India. They will require significant support from the global community to help the recovery.

As we enter the recovery phase, the rebuilding effort must combine disaster risk reduction, enhanced public health infrastructure and adaptation to climate change.

The governments of the states of West Bengal and Odisha in India as well as Bangladesh have a history of tackling such calamities and learning lessons from each other, in a whole-of-society approach.

I am confident that we will once again improve our collective ability to deal with the super cyclones and pandemics that are now inevitable under a climate changed world.

Saleemul Huq is the director of the International Centre for Climate Change and Development at the Independent University, Bangladesh.