The bloc is considering regulations to address the role of consumer demand for commodities like palm oil, soy and timber in driving forest clearance abroad 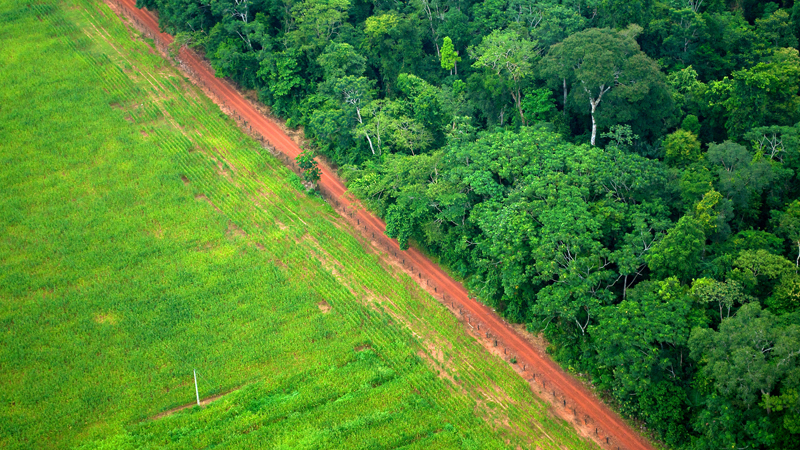 The EU has opened the door to impose regulation on the supply chains of companies importing into its market, in a bid to protect the world’s forests.

Proposals by the European Commission presented on Tuesday set the direction of travel for the next set of commissioners taking office in November to tackle global deforestation.

Under the plans, the commission calls for both “regulatory and non-regulatory measures” to be considered to ensure the EU consumes products “from deforestation-free supply chains”.

The proposals suggest strengthening standards and certification schemes “that help to identify and promote deforestation-free commodities”, such as coffee, cocoa, palm oil, soy and timber.

Approximately 80% of global deforestation is caused by the expansion of land used for agriculture, according to the Food and Agriculture Organisation – highlighting the tension between growing food and protecting forests as vital carbon sinks helping to limit global temperature rise.

Frans Timmermans, first vice-president of the commission, said the proposals could be “easily picked up” by commission president-elect Ursula von der Leyen and would allow her to “hit the ground running” when she takes office on 1 November for a five-year term.

“I can imagine that tackling deforestation could fit in her green deal that she plans to push in her first 100 days in office,” he said.

The commission identified trade as a lever for action on deforestation – an issue at the heart of a debate over the signature of a free trade deal between the EU and the South American trading bloc Mercosur.

The deal, which still needs to be ratified by the EU Parliament, has been widely criticised by campaigners for failing to prevent Brazilian president Jair Bolsonaro opening up the Amazon to agriculture and mining.

Satellite images show deforestation in the Brazilian Amazon has shot up since Bolsonaro took office in January.

The commission has proposed to promote trade agreements that “include provisions on the conservation and sustainable management of forests”. It said it would explore providing “incentives to trade partners to address deforestation” by stepping up “the implementation and enforcement of relevant provisions”.

The Mercosur trade deal includes a commitment to tackle deforestation but critics have raised concerns over the lack of enforceable safeguards.

Jyrki Katainen, a vice-president of the EU Commission, said any measures taken forward under the proposals would apply to “all countries that [the EU] is trading with” including under free trade agreements – potentially putting Brazil under pressure.

Duncan Brack, an independent environmental policy analyst and senior research fellow at Chatham House, warned that Brazil had always been “quite resistant” to join any schemes of controls on their exports, which it considered as “Western attempts to impose unfair standards on poorer countries”.

Brack told Climate Home News that only regulation applying to companies placing products on the EU market would have an impact on Brazil’s exports.

Other proposals include the creation of an EU observatory to monitor changes in the world’s forest cover to provide information on supply chains for public entities, consumers and businesses.

While the EU has reversed the trend within its borders, this does not make the bloc “detached from the problem”, Katainen said, announcing a “partnership approach” to halt deforestation between the EU and producer countries.

“Being patronising to the rest of the world is certainly not going to work anymore,” Timmermans said.

The proposals have been welcomed with cautious optimism by campaigners.

Forest and rights NGO Fern said it looked forward to working with the commission to develop supply chain regulation, provided it payed attention to human rights of both people impacted by deforestation and those working in sectors fuelling it.

“Our message today is to Ursula von der Leyen,” said Hannah Mowat, campaigns coordinator at Fern. “We desperately need new laws that require companies to demonstrate that goods they put on the EU market are not tainted with deforestation or human rights abuses.”