The health crisis could lead to mine closures and further weaken Poland’s coal industry, which has lobbied against tough EU climate targets 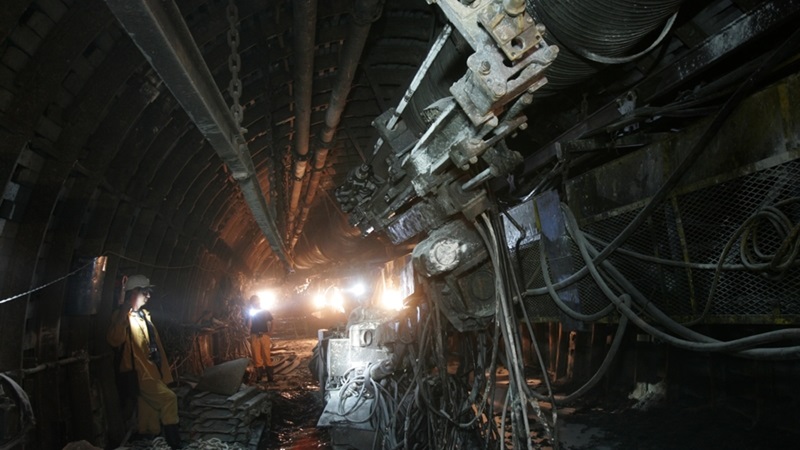 A PGG coal mine in Poland (Photo: PGG/Flickr)

The coronavirus pandemic has brought Poland’s ailing coal mining sector to its knees.

A Covid-19 outbreak among miners in the southern region of Silesia is the latest scourge on an industry suffering from falling demand, cheaper competition and accumulated financial losses.

More than 16,900 coronavirus cases have been reported across Poland. The mining region of Silesia recorded the highest number of infections with around 4,000 cases – 1,450 of them miners and members of their family, according to the government.

The sector is now facing criticism for not doing enough to protect workers.

Polish health minister Łukasz Szumowski said on Tuesday Silesia’s coal mines had become hotspot for the virus and mass testing of miners was under way.

“It’s not like all Silesia has a problem. If we subtract the mines, the horizontal transmission is not much,” he said.

State-run Polska Grupa Górnicza (PGG), Poland’s largest coal company, was forced to suspend activity at three of its eight mines until 17 May at the earliest because of the outbreak.

Robert Tomaszewski, a senior energy analyst at Warsaw-based think tank Polityka Insight, said the suspension of activity enabled Poland to reduce production at a time when the market is saturated.

Production of Polish coal has been falling in past decades, unable to compete with cheaper imported coal from Russia or Columbia.

Investments in solar and offshore wind have also seen coal’s share in the energy mix fall to the lowest level in history last year, making up 74% of electricity generation.

As utility companies opt for cost-effective alternatives, Polish hard coal is piling up in large reserves. At the end of March, 7.6 million tonnes were being stored by the mines, according to data by Poland’s Industrial Development Agency.

A mild winter and the coronavirus-induced economic slowdown depressed coal demand even further.

“There is too much coal on the market and Covid-19 creates an opportunity to decrease production and to support the transformation of the entire energy sector,” Tomaszewski told Climate Home News.

The decline of Poland’s coal mining sector is “irreversible”, he added. “It’s not going to happen very soon but it’s going to happen. The wind has changed and it’s blowing very much in favour of renewables.”

Following weeks of bitter negotiations, trade unions at PGG agreed to reduce miners’ work and pay by 20% for the month of May, to allow the company to claim government support.

The Solidarity trade union wrote to the government warning that without state aid, the industry would collapse.

The government promised to announce a plan for the coal mining sector before the end of June – which Tomaszewski said could be a “tremendous” opportunity to restructure the sector at a time when the unions have been weakened.

But the timetable clashes with an ongoing presidential election campaign.

The government had hoped to press ahead with the election planned on 10 May through postal votes, despite measures to contain the spread of the virus, but the ballot was called off five days before the vote. A new election date is now expected between the end of June and the middle of July.

President Andrzej Duda, who is seeking re-election, is an ally of the ruling right-wing Law and Justice Party (PiS), which sees coal still supplying 60% of the country’s electricity by 2030. Poland has yet to endorse an EU-wide objective to achieve carbon neutrality by 2050.

Miners have traditionally supported the PiS and analysts don’t believe the party will announce a plan for the sector’s decline before the election. Instead, the PiS is more likely to announce “restructuring” measures.

This opens a window for some hard coal mines operating at a loss to close, Marta Anczewska, a climate and energy policy officer at WWF Poland, told CHN, anticipating the government “will make sure that companies still provide coal to the domestic market but not in a way that generates losses”.

Aleksandra Gawlikowska-Fyk, an analyst with Warsaw-based Forum Energii, warned that despite the fragility of the coal mining sector, “there is strong willingness to have power supply from domestic coal in Poland. It’s perceived as a question of energy security.”

And yet, she argued the pandemic had created another “warning signal” for the urgent need to plan the power sector’s diversification. “We need to keep mines that are profitable and concentrate on the optimisation of the sector,” she said.

The Polish government has repeatedly overestimated the outlook for domestic coal mines. Production is declining much faster than overall coal consumption, said Wojciech Kość, a Polish journalist who was written extensively about the country’s coal industry.

In 2004, the government forecast  the country would produce up to 89 million tonnes of coal this year. But in 2019, domestic production fell below 62 million tonnes.

“Domestic coal production will go down way faster than the government is expecting and it will come back at them really fast in the next few years,” said Kość.