Rome will host next month’s biodiversity meeting, when negotiators are due to review a draft proposal for a global framework to protect the world’s plants and wildlife 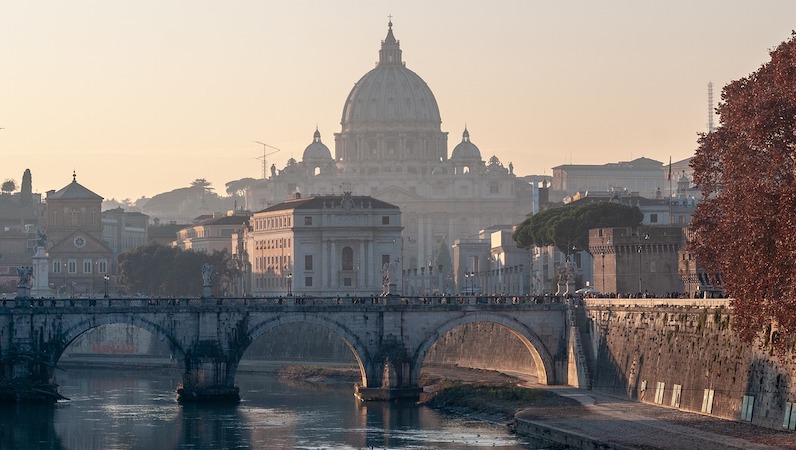 Italy will host next month's UN biodiversity talks after the meeting was relocated from China because of the coronavirus outbreak. (Photo: Davide Cattini/Pixabay)

Italy will host UN biodiversity talks next month after the rapid spread of the coronavirus forced authorities to relocate the meeting from China.

The meeting of the Convention on Biological Diversity (CBD) was planned to take place in the southern city of Kunming, in Yunnan province, from 24-29 February. On Friday, the CBD changed the location of the talks to Rome, Italy, at the same dates as initially planned.

The announcement comes after the World Health Organisation declared the coronavirus outbreak to be a “public health emergency of international concern”.

The February talks are a preparatory meeting to the most important summit on the Earth’s living systems in a decade.

China is presiding over this year’s critical biodiversity summit, when countries are due to agree on a new global framework to protect plants and wildlife. The talks, known as Cop15, are due to take place in Kunming from 15-28 October.

In a letter to participants, she added that the Secretariat and China “regret the inconvenience caused by this change and are committed to ensuring that the development of the post-2020 global biodiversity framework and other preparations (for Cop 15) proceed in a timely and effective manner.”

Biodiversity campaigners and experts hope Cop15 will create a framework that can be to biodiversity protection what the Paris Agreement is for climate action.

In a draft proposal earlier this month, the UN suggested that at least 30% of the world’s land and seas should be protected by 2030 to halt the destruction of the planet’s biodiversity from human threats including climate change, loss of habitats, pollution and invasive species.

Negotiators taking part in the upcoming meeting are expected to review the draft and start making proposals for a second version or the text.

Charles Barber, a senior biodiversity advisor at the World Resources Institute think tank, told Climate Home News the February meeting would have been “a great chance” for China to “show leadership in the preparatory process” to Cop15.

Barber said the outbreak “must certainly distract  high level policy attention” from the meeting. “Assuming the virus is contained within the next month, it should not derail  China’s hosting of the Cop in October,” he said.

“Should it be proven that the coronavirus emanated from human consumption of animals from the wildlife market in Wuhan, we can expect the Cop to shine a much brighter light on the international wildlife trade, and China’s central role in that trade, as well as the whole ‘bushmeat’ issue worldwide,” he added.

Last year, the CBD came under scrutiny by auditors from the UN’s Office of International Oversight Services (OIOS).  Former CBD head Cristiana Pașca Palmer resigned in October last year amidst allegations of mismanagement ahead of the key biodiversity summit.

CHN previously reported on documents that showed a chaotic work environment at the CBD secretariat, widespread staff illness and resignations and allegations that Pașca Palmer discriminated against African staff members on the basis of their race.

The OIOS audit report published on 31 October noted “staff felt that management was not taking their concerns seriously, and that this was affecting their morale and productivity”.

The report warned that “if these are not addressed, there could be a significant adverse impact on the secretariat’s ability to achieve its objectives and goals”.

From January 2017 to June 2019, the secretariat lost 21 senior and experienced staff – about a fifth of its workforce. A loss, the OIOS said “could have a negative impact on the secretariat’s capacity to undertake its substantive work”.

The report also noted the secretariat had requested nine new posts to be created “in anticipation of increased volume of work” ahead of Cop15. But the request was denied by countries which did not want to increase the CBD’s staffing budget for the year.

In total, 12 recommendations were made including strategic and finance management, human resources management and performance, which the CBD said was taking on board.