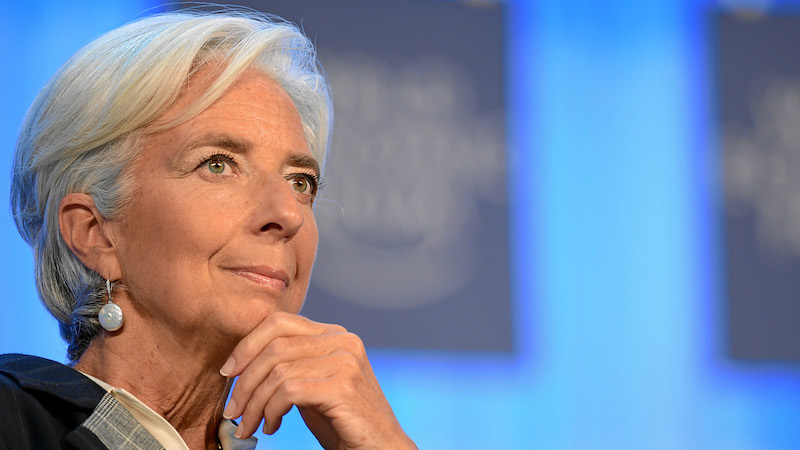 The European Central Bank should phase out climate-warming investments by preferring green bonds, Christine Lagarde said as she pitched to become the bank’s first female president.

Lagarde, a veteran French conservative politician and former head of the International Monetary Fund (IMF), is seeking approval from the EU parliament to head the ECB – the most powerful economic institution in Europe.

Answering questions from members of the EU parliament’s economic and monetary affairs committee, Lagarde suggested the bank should “move towards more green products” and pledged to “continue to look at that and how the ECB can be an actor in this”.

While the amount of carbon assets in the ECB’s portfolio “can’t change overnight”, Lagarde said a “move to a gradual transition to eliminate this type of assets” was “something that needs to be done”.

Cautious not to make “premature commitments”, Lagarde told MEPs that the ECB could not exclusively invest its €2.6 trillion portfolio in green bonds “because there is not enough of a market”. However, she added that if the ECB “signals that it will be increasing and will be intensively looking at [green bond investments] then it’s also something for the market to register”.

In written answers to MEPs’ questions last month, Lagarde said that discussions on how central banks and banking supervisors “can contribute to mitigating climate change is at an early stage but should be seen as a priority”.

Lagarde faces a confirmation vote in parliament next month. Addressing MEPs, she reaffirmed that “climate change and environmental risks are mission-critical” to the ECB and should be “at the core” of any institution’s mission.

As head of the IMF, Lagarde campaigned for greater disclosure of the risk climate change poses to the financial system. Under her leadership, the fund was also highly critical of fossil fuel subsidies.

ECB investment decisions are governed by the long-standing principle of market-neutrality, which proscribes the bank from preferring one sector over another. The former French finance minister suggested a classification system currently being developed by the EU parliament to define what constitutes a green asset, would need to be “superimposed” with market-neutrality.

For Stanislas Jourdan, head of Positive Money Europe, a campaign group that has called for the ECB to do more to promote green finance, market-neutrality is “inconsistent with the ECB’s strategy to shift market participants’ behaviour on sustainability”. He believed moving beyond the market-neutrality approach was “the cornerstone” for greening the bank’s investments.

“It was positively surprising that she would be ready to move on this,” he said. “I think she completely confirmed that she is ready to make headway in the right direction.”

Pierre Monnin, a fellow at the Council on Economic Policy specialising in the environmental and social effects of monetary policy, told Climate Home News Lagarde’s answers to climate questions were “definitely more progressive than the responses that [outgoing ECB president Mario] Draghi use to give on the same issues”.

Monnin welcomed Lagarde’s indications that she is ready to consider options to decarbonise the ECB’s portfolio. “This could already have an impact on financial markets,” he said.

The private sector is shifting away from products with high climate risks, with investors concerned that the transition of the global economy towards greener markets could leave assets stranded or reduced in value.

A report published on Wednesday by S&P Global Ratings showed the responsible loans market grew dramatically over the last year, jumping from $32 billion in 2018 to a value of $111.5bn as of July 2019.

Lagarde’s comments come after campaigners published a blueprint for a Green New Deal for Europe this week, recommending that the union finance its green transition through bonds issued by the European Investment Bank and by mobilising public banks to issue green bonds.

European Commission president-elect Ursula von der Leyen, who is due to take office on 1 November, previously pledged to develop a “green deal” for Europe in her first 100 days in office. Although details of her proposal remain unclear, Lagarde welcomed the move.