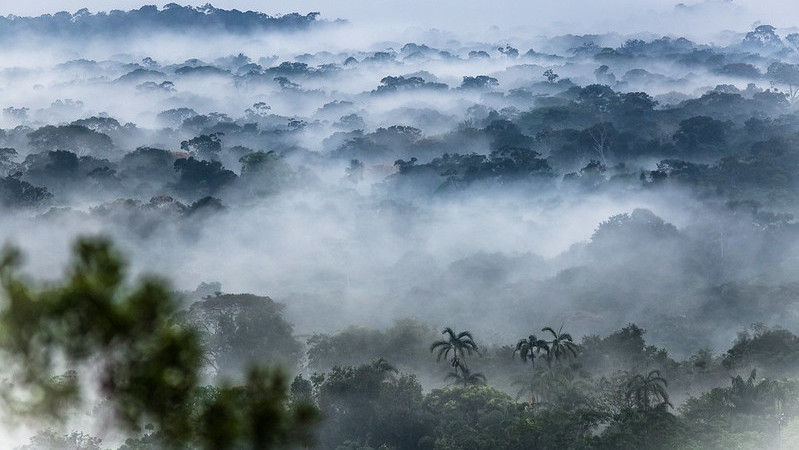 Indigenous lands and protected areas in the Amazon contribute far less to climate change than the rest of the rainforest since they account for only 10 percent of carbon emissions while covering 52 percent of the region, a study shows.

The territories are still emitting some carbon due to forest degradation, but high forest growth means their net emissions remain low, according to the study, published on Monday in Proceedings of the National Academy of Sciences (PNAS).

The article shows how indigenous territories contribute to mitigation of global climate change, as well as other ecosystem services such as water, biodiversity and forests, said Tuntiak Katan, co-author of the paper and vice-coordinator of the Congress of Indigenous Organizations of the Amazon Basin (COICA).

The authors called for greater international support for indigenous land rights and livelihoods as a cost-effective way to limit climate change.

“We know these threats are growing, and for indigenous peoples and local communities to continue to play the role that they have historically played, we can’t ignore the fact that they’re going to need additional assistance,” Wayne Walker, scientist at the Woods Hole Research Center and lead author of the paper, told Climate Home News.

“They cannot be expected to do the job of protecting these globally important resources on their own.”

The report is the first large-scale study to comprehensively include carbon losses from forest degradation and disturbance – when a forest remains standing but in a weakened state – alongside deforestation and forest growth.

Illegal logging and mining, floods and droughts are just some of the causes of forest degradation and disturbance in the nine-nation region of the Amazon.

“This category of degradation and disturbance is important because it’s been difficult to detect, to measure across large areas like the Amazon,” Walker said. “As a result, in many ways, it’s been ignored over time.”

The study found that 47% of the total loss of carbon for the region was due to degradation and disturbance.

“This is an important finding because all measurements of forest sector emissions are based on deforestation calculations, so mitigation efforts focus almost exclusively on preventing or reducing deforestation,” Carmen Josse, co-author of the study and scientific director of Fundación EcoCiencia in Ecuador, told CHN.

“Our study shows that we are neglecting a very important source of forest biomass loss and carbon emissions.”

The study helps to establish a “much clearer, much more detailed carbon account of changing land use,” Peter Veit, an expert in land and resource rights at the World Resources Institute (WRI), told CHN. Veit was not involved in the study.

“It’s a more granular understanding of what we’ve already known,” he said. Most global forest datasets only look at forest cover loss or gain, he said, and aren’t detailed enough to look at forest degradation or restoration.

The study said the Amazon is a net emitter of carbon and that deforestation is on the rise. After a relative period of stability in first decade of this century, the scientists observed a 200% increase in Amazon-wide carbon losses from 2012-16.

This trend agrees with other research. In recent years, studies have increasingly shown the world’s tropical forests are now a net source of carbon, overturning a previous consensus that they are a moderate carbon sink.

A major analysis published in 2017 found carbon losses from deforestation and reduced carbon density are twice as large as the carbon gains from forest growth. The largest losses are being seen in Latin America, the study said, while the largest gains are in Africa.

And the role of indigenous territories and protected lands as buffers to deforestation is widely documented. A 2019 Intergovernmental Panel on Climate Change (IPCC) report on land use recognised the importance of securing community land for climate change.

The new study said that 90% of net losses in the Amazon occur in land outside indigenous territories and protected areas, reaching some 1,160 million tonnes of carbon between 2003 and 2016. Inside these protected zones, a net 130 million tonnes was lost.

However, these indigenous territories are still suffering significant forest thinning due to degradation and disturbance.

It’s “not surprising” that degradation and restoration is being seen in indigenous areas, said Veit. “It’s probably a combination of both illegal activities by outsiders and by indigenous people essentially using their lands.”

The lower losses seen in indigenous territories highlights the important role they play in the protection of forest carbon stocks, Josse said.

“Although there is a significant loss due to degradation, this loss is compensated by gains due to the growth or recovery of the forest in these territories,” she said. “This indicates that the dynamics are totally different from what happens outside the indigenous territories and protected areas.”

The “fundamental point” is that biodiversity and ecosystem services are being protected by the sciences and the knowledge of each [indigenous] culture, said Katan. “Thanks to this, they still exist for the benefit of everyone.”

Veit expressed hopes that enhanced national climate pledges, due to be submitted to the UN at the five-year milestone of the 2015 Paris climate agreement, would reflect the importance of ensuring indigenous land rights.

“I think the data is pretty clear,” he said.