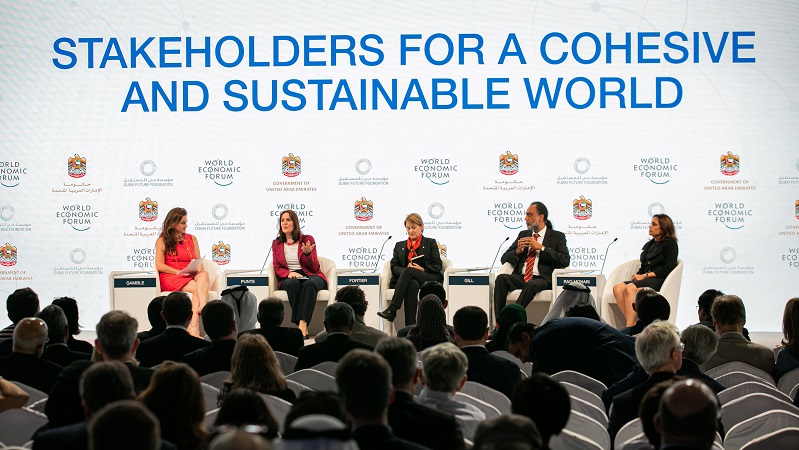 For the rich and powerful descending on the Swiss Alps next week for the World Economic Forum (WEF), the global economy’s capacity to respond to climate risks has risen to a top priority.

In its 50th edition, the WEF in Davos will focus on preventing the erosion of international solidarity – a principle that underpinned the WEF’s  foundation – and seek ways to build political and societal cohesion that can drive a global response to issues such as climate change.

US President Donald Trump, who is pulling out of the 2015 Paris climate agreement, German Chancellor Angela Merkel, EU Commission President Ursula von der Leyen and Swedish climate activist Greta Thunberg are among those due to attend the 21-24 January event.

The world’s elite also identified climate action failure as the risk with the greatest impact on the global economy. In the short-term extreme heatwaves and the destruction of natural ecosystems were ranked third and fourth as the risks most likely to rise in 2020.

“The horizon has shortened for preventing— or even mitigating—some of the direst consequences of global risks,” wrote Børge Brende, WEF president. “It is sobering that in the face of this development, when the challenges before us demand immediate collective action, fractures within the global community appear to only be widening.”

The United States is the only nation quitting the Paris Agreement with Trump doubting that man-made emissions are the main cause of worsening climate change. He wants instead to bolster jobs in the US coal industry.

Policy fractures also appeared strongly at the UN climate talks in Madrid, Spain, in December when large emitters blocked progress despite a growing alliance of vanguards among small, vulnerable and progressive European countries calling for ambition.

Teresa Ribera, Spain’s minister of the ecological transition, warned countries that while “the rule-based multilateral order is being challenged,” the world needed “global cooperation to face the global challenge of climate change”.

“The good news is that the window for action is still open, if not for much longer,” Brende wrote in the report’s preface, citing growing commitments from businesses to “look beyond their balance sheets”.

And indeed, concerns of climate and environmental risks’ negative impact on the global economy are on the rise.

In the last year, a growing number of businesses and investors have committed to more ambitious climate action and the decarbonisation of their operations and investments.

On Tuesday, BlackRock, the world’s largest fund manager with $7tn in assets, revealed changes to the fund’s investment in a letter to clients, naming climate change a key factor in affecting economic growth, asset values, and financial markets.

The fund said it will end direct investments in companies generating more than a quarter of their revenues from thermal coal production. However, it will remain one of the largest investors in fossil-fuel companies.

BlackRock has previously come under fire from climate campaigners for backing fossil fuel investments and failing to shift its investment strategy in the face of mounting climate emergency. Now, the decision could push other fund managers and companies across the world to consider climate risks in decision-making.

“Climate change is almost invariably the top issue that clients around the world raise with BlackRock,” Fink added.

But for climate activists, commitments and promises alone won’t do. While the Davos elite is seeking solutions on ways to mitigate global warming’s negative impacts on the world’s economy, campaigners are demanding governments and the private sector stop profiting from the fossil-fuel economy.

Writing in the Guardian, Thunberg and 21 other young climate activists demanded all companies, banks, institutions and governments attended the Davos summit “immediately halt all investments in fossil fuel exploration and extraction, immediately end all fossil fuel subsidies and immediately and completely divest from fossil fuels”.

They wrote: “Young climate activists and school strikers from around the world will be present to put pressure on these leaders.”