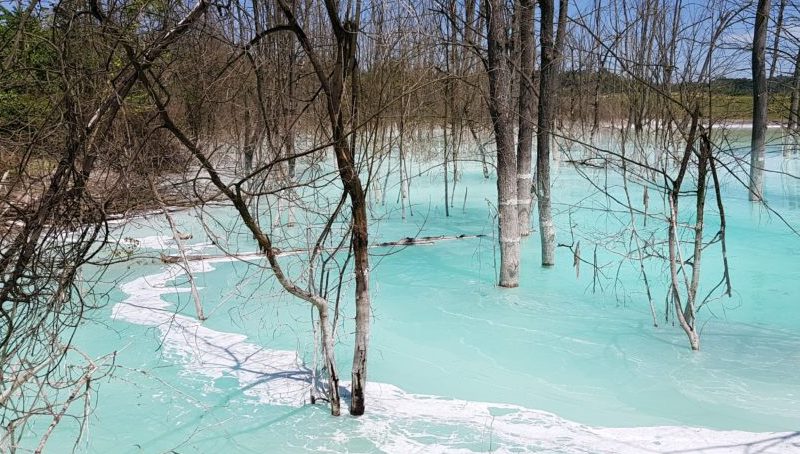 Two huge Chinese-backed coal projects on the EU’s doorstep are going ahead by using over-optimistic projections of profitability and by ignoring severe concerns about pollution, according to an Unearthed investigation.

The 450 MW coal power plant project in Tuzla, Bosnia, which is due to replace existing ageing units, and a planned 350MW plant in the Serbian town of Kostolac could become stumbling blocks for the two nations’ efforts to join the EU.

The plants highlight China’s growing role as a source for coal projects in the Balkans shunned by western lenders because of concerns about climate change and pollution. The Bosnian plant has been described in Chinese media as part of Beijing’s “Belt and Road” initiative, a trade and infrastructure network linking Asia with Europe and Africa that revives ties along the ancient Silk Road.

Previously unpublished documents, obtained and translated by Unearthed and examined by experts, show the feasibility studies used to seek and obtain approval for the power stations massively under-estimate the costs the plants will face once Bosnia and Serbia join the EU’s carbon market, a condition for joining the bloc.

That could leave local taxpayers on the hook, since parliaments in both countries have provided state guarantees to China on the loan repayments of hundreds of millions of euros. Serbia is negotiating to join the EU, perhaps in 2025, after applying in 2009. Bosnia is further back in the queue after applying in 2016.

He called the Bosnian feasibility study “absurd”, saying it under-estimated the costs of emitting carbon dioxide in the EU by assuming a price that is less than a third of the current €25 a tonne on the Emissions Trading Scheme (ETS).

China’s ExIm Bank and other partners backing the Bosnian and Serbian projects did not respond to requests for comment about the assumptions underpinning the projects.

Molly Scott Cato, a member of the European Parliament for the Green Party from the South West of England, said the Chinese-backed coal plants made no sense.

“King Coal is dead – it is a stranded economic asset and environmental disaster. If we are to prevent climate chaos we must leave it in the ground,” she said. “Any country negotiating to join the EU must meet Paris Agreement standards on carbon reductions and any energy investments should be viable at the current ETS carbon price.”

Coal-fired power plants are typically designed to last 25-40 years.  Conventional coal-fired plants will have to be phased out worldwide by 2050 to limit warming to 1.5 degrees Celsius above pre-industrial times, according to the UN’s Intergovernmental Panel on Climate Change (IPCC).

Experts said the Environmental Impact Assessments (EIAs) produced for the plants also failed to detail either local or cross-border pollution.

A study by the Health and Environment Alliance (HEAL) found that in 2016 alone, 16 coal plants in the Western Balkan states released as much sulphur dioxide as the entire fleet of the EU’s 250 installations. The alliance estimated air pollution from the 16 plants caused 3,900 premature deaths a year, many in neighbouring EU nations.

Kristina Stojak, 36, keeps a collection of asthma inhalers on her sitting room table in Divkovici, near Tuzla in Bosnia, for her two young boys. Lung problems are common in Tuzla, largely due to the city’s existing 715MW lignite-fired power plant which pumps out 51,000 tonnes of toxic sulphur dioxide per year.

Separately, waste ash and coal slag – the products of combustion – are pumped into landfill sites, one of which is a kilometre from Stojak’s house. The wind scatters ash from the dump, called Jezero II.

Every day Stojak sweeps a layer of fine grey flakes from her balcony. “I would honestly like to move somewhere else – but my husband is staying here to fight the problem. I think we will all suffer,” she said.

The Bosnian government has not issued a study on contamination of air, soil and water by Jezero II and similar landfills, but a 2015 study by researchers from Prague’s University of Chemistry and Technology found nickel, chromium, cadmium, arsenic and mercury in soil samples taken nearby. Higher levels of cadmium – a carcinogen – were found in onions grown locally.

As part of plans for the new 450MW unit at the Tuzla power plant, state-owned utility Elektroprivreda Bosne-i-Hercegovine (EPBiH) is now pushing for permission to create a new ash dump nearby at a site called Sicki Brod.

The proposed landfill is at the site of a former coal mine which has been rehabilitated by local activists over the past 20 years. Today, it is surrounded by orchards and residents swim in a lake. Proposed amendments to the Tuzla Canton spatial plan to accommodate EPBiH’s proposals describe the transformation of the lake into an ash dump as a “recultivation” of the site.

“It sounds funny but it’s serious. Somebody should lose their diploma for that,” said Denis Zisko, of Tuzla’s Centre for Ecology and Energy, which shared the Bosnian project’s documents with Unearthed. His NGO has mounted a challenge to the amendments to block EPBiH from getting an environmental license for the dump.

The Tuzla plant, called Blok 7, is touted by politicians as a long-term solution to Bosnia’s energy supply. Construction costs will be covered mostly by a €613 million ($683m) loan from China’s ExIm Bank, signed in 2017. The majority of the construction will be carried out by China’s Gezhouba Group, with the smaller percentage going to local firms.

The project has been beset from the beginning by criticisms it was not viable. It initially attracted the interest of the Japanese International Cooperation Agency and Hitachi Mitsubishi in 2014. They ran a feasibility study before pulling out, citing political instability and unprofitability.

In May 2018, Bosnia’s Institut Za Gradjevinarstvo issued a feasibility study for Blok 7 that concluded that EPBiH will be able to repay the Chinese loan as well as turning a “significant profit”.

But that study, instrumental in securing political support, predicts that the plant would not need to pay for carbon emissions on the ETS at all until 2034. It then predicts cost beyond 2034 using the average of the ETS price per tonne of CO2 from 2006 to 2018 – only €7.10 – as the predicted baseline, subject to an annual growth rate of 2%.

But the CO2 price has climbed sharply since 2018 and is now around €25. The European Commission wants to extend carbon pricing to reach net zero emissions by 2050, a strategy intended to shift the EU’s energy from fossil fuels to renewables.

“I don’t think you’ll find anyone in the EU who believes the price of carbon will fall to €7.10 by 2034. The suggestion is either bias or stupidity,” said Hvelplund at Aalborg University.

Bosnia and Serbia are members of the European Energy Community – the international body that extends the EU’s energy market and rules across Southeastern Europe. Both will need to sign up to the ETS by the time they join the EU.

In Serbia, the 350MW unit called B3 in Kostolac is also in the advanced stages of planning, with Chinese finance agreed in 2014. A feasibility study performed in 2015 also dismisses potential pricing of carbon emissions – partially on the grounds the state will pay for them.

“Cost of permits for emitting CO2 were not included in the costs … because it is assumed that state of Serbia will overtake eventual obligation of payment,” the study says.

Meanwhile, the environmental impact of expanding the existing Drmno coal mine to supply the new B3 unit, from nine million tonnes of coal production per year to 12, is also not considered in the documentation.

Zvezdan Kalmar of Serbian environmental NGO Cekor, which has challenged the plant’s environmental impact assessments in court alongside NGO CEE Bankwatch Network, said: “I see the study as false and misleading, and not showing the danger of this project to the public budget.“

“But when you start reading the fine print, you need to ask questions.”