Comment: German activists plan in 2020 to block Datteln 4, the only coal power plant under construction in Western Europe, and push Berlin to exit coal 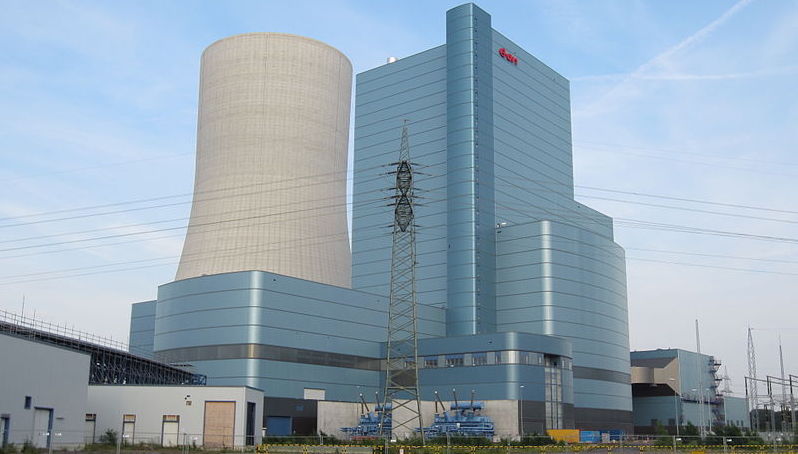 By Luisa Neubauer and Kathrin Henneberger

Our world is burning, but governments still refuse to take urgent action on climate change and continue to listen to the fossil fuel industry. We will not let them get away with this any longer.

The German climate movement is joining forces to battle against a new coal power plant: Datteln 4.

It is almost unbearable: In no time in history has science been more certain about the dangers of the climate crisis and the consequences of the endless wrecking of our ecological environments. Yet, out of all countries, it is Germany, one of the richest economies in the world, that is planning to open a new coal power station. This makes Datteln 4 the only coal power plant under construction in the whole of Western Europe.

Coincidentally in 2020, the German Bundestag will decide on a coal phase-out. It is predicted that coal companies will be allowed to burn coal for 20 more years, burying all hopes for a fast and just transition away from coal in the German energy sector and undermining the 2015 Paris Agreement’s goal of limiting rising temperatures.

For climate justice activists this is an unbearable situation. Loudly we made our voices heard, as millions took their protest to the streets with Fridays For Future and thousands of activists from the climate alliance “Ende Gelände” flooded into the German open-cast lignite mines, stopping the work of the huge coal diggers with nothing more than their bodies.

Yet in the midst of the climate crisis, Datteln 4 will soon be ready to burn coal. According to Friends of the Earth Germany (BUND), Datteln 4 would emit 8.4 million tons of carbon dioxide annually, which secures a place among the ten most CO2 intensive coal power plants in Germany.

At the same time, legislators have turned away from an ambitious energy transition and are making it considerably harder for investors to set up new wind power plants. The situation, as it is unfolding now, would spell the end for the famous German energy transition.

Such an implosion would have an impact on the international level that shouldn’t be underestimated – economic powerhouses like Germany should act as leaders in managing a sustainable and just shift towards renewables. Given the planned opening of Datteln 4 and the backlash in the German energy transition, Germany just cleared its seat at the global forefront.

The Datteln 4 power plant will burn hard coal, which is no longer mined in Germany. Hard coal is typically imported from regions like Siberia, South Africa, or northern Colombia. It is also called “blood coal”, as people living in heavily mined areas frequently endure human rights violations. Ecosystems are destroyed and communities are forced from their land. Environmental and human rights activists suffer under political repression when they speak up and demand change.

“I have been threatened too,” says María Cristina Figueroa Bouriyu of the Wayuu people in North Colombia, “we live intimidated, with fear”. The indigenous people of the Wayuu are losing their land to open cast hard coal mines. Moreover, the community’s livelihood is also threatened by mining pollution that poisons the water, air and soil in the area.

María believes the Cerejón coal mine should be held responsible and says that the mine has brought “misery” to the Wayuu. “It still seems that we are in colonial times, where they take our wealth from our territory … we are victims of this extractionist economic model.”

Uniper, the main company involved in Germany’s new coal power plant, trades with the companies mining in Cerejón. Uniper also imports hard coal from Siberia, where the situation for indigenous people and people fighting the mine is no better than in Northern Colombia. Thus, the 500-year long history of European exploitation of other regions of the world will be continued.

We want to break this cycle of abuse and destruction. Energy needs in the global north should not be more important than the lives of people in the global south. As people of the global north it is our duty to take responsibility for the crimes that happened in the past and to ensure that they will not happen again.

When politicians fail again and again, we the public have to step up. Currently, a plurality of climate justice organizations is assembling its forces and planning its protests. We will not allow our government and the fossil fuel industry to put a new coal power plant to work. 2019 was the year we got a glimpse of our burning future. 2020 has to be the year we act as we should.

We need immediate measures and the first step has to be an international coal phase-out. In Germany, we will do our best – by stopping Datteln 4 and pushing for a much faster coal exit. Our local struggle is an international one. We stand and we fight in solidarity with all those already suffering from exploitation and impacts of the climate crisis.

We want to call on our friends in Finland to help us to battle the coal company Uniper – Fortum, a company that is largely owned by the Finnish state, agreed last year to raise its stake in Uniper to more than 70%.

2020 is the year we must all come together, end the age of fossil fuels and build a better future for all of us.

Luisa Neubauer is a youth climate activist with Fridays For Future. In 2019 she published her first book about the challenges of the climate crisis.

Kathrin Henneberger is a climate activist living in North Rhine-Westphalia and a part of the climate alliance “Ende Gelände” currently preparing Protest against Datteln 4.