Three coal plants that threaten the Sundarbans tiger habitat were removed from a draft text, while Unesco members declined to list the site as ‘in danger’ 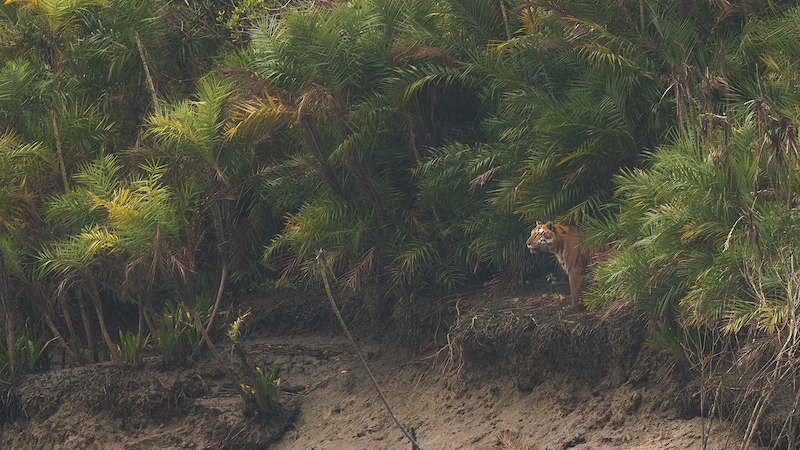 The Sundarbans is a stronghold for the Bengal tiger (Photo: Soumyajit Nandy)

China quashed a move to put a Bangladesh tiger habitat on the list of world heritage sites in danger on Thursday, while scrubbing mentions of Chinese-financed coal projects nearby.

At a meeting of the Unesco world heritage committee in Azerbaijan, China – backed by Cuba and Bosnia and Herzegovina – intervened to remove any mention of three coal-fired power stations planned in the vicinity of the Sundarbans.

Two of the plants, at Taltali and Kalapara, are joint Chinese-Bangladeshi ventures. The third is being built by a state-owned Indian corporation at Rampal, north of the site.

The Sundarbans, which has been on the Unesco world heritage list since 1997, is the world’s largest stretch of mangroves and one of the last remaining strongholds of the endangered Bengal tiger.

A mission from the International Union for Conservation of Nature (IUCN) in 2016 concluded that pollution and dredging from the Rampal power plant had a “high likelihood to irreversibly damage” the forest. The IUCN called for the project to be relocated.

Two additional coal plants are now planned on the Payra river, which empties into a bay girdled on one side by the protected mangroves. Earlier this year, Bangladesh reported to Unesco that a further 154 industrial projects had been approved and were operating inside the park’s ecological buffer zone.

In June, the IUCN said the multiplication of threats meant the property should be added to the list of world heritage sites in danger.

But on Thursday, the world heritage committee voted unanimously against changing the status of the Sundarbans. China, Hungary, Cuba, Australia, Bosnia and Herzegovina and Norway drafted the final decision.

An earlier draft said the committee “deeply regrets” the construction of the Rampal plant. It also expressed “concern” about the proposed projects at Taltoli and Kolopara . These sections were removed by the Chinese amendment.

The agreed text noted with “great concern the likely environmental impacts of large scale industrial projects” and asked Bangladesh to “take all necessary mitigation measures”. It also asked the government to conduct a regional environmental assessment, a request Bangladesh has previously ignored.

Peter Shadie, director of IUCN’s world heritage programme, told Climate Home News: “In IUCN’s view, it is imperative that a comprehensive [assessment] is completed as soon as possible – before irreversible damage is done to the Sundarbans World Heritage site.”

In a press release, Tawfiq-e-Elahi Chowdhury, energy advisor to the Bangladeshi prime minister, thanked the committee and said the decision struck the right balance between environmental protection and the need to secure power supply for “50 million” Bangladeshis.

The government of Bangladesh has maintained the Rampal project was put through a “rigorous” environmental assessment process. The IUCN has disputed this. 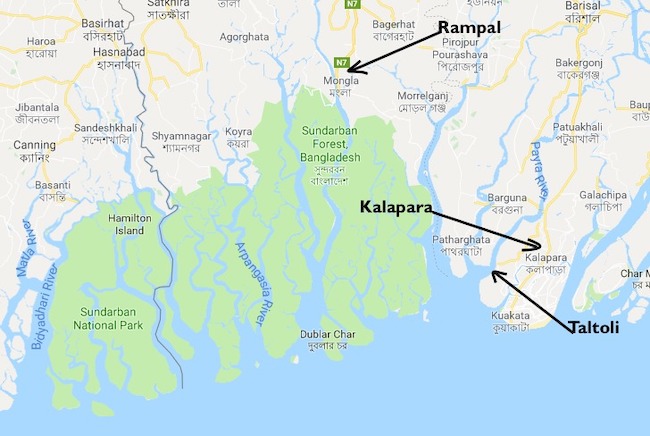 China’s massive foreign investment push, known as the belt and road initiative, has come under scrutiny for its impact on the climate. In Bangladesh, the Financial Times reported that in 2018 alone Chinese institutions offered finance to coal-fired power plants that would make up almost 90% of the country’s entire power capacity.

China’s allies in the world heritage committee are also beneficiaries of China’s infrastructure push. China has loaned €600 million ($674m) to build a coal plant in Bosnia. Cuba and China have agreed to cooperate across a number of sectors, including renewable energy.

Tonny Nowshin, a Bangladeshi campaigner with 350.org, said the decision showed Unesco was “getting politicised”.

Bangladesh is one of the world’s most vulnerable countries to climate change, with a large population crowded into low lying coastal regions.

“They couldn’t address the real climate crisis and the impacts that communities in Bangladesh will be facing as a result of climate breakdown. In a years time, it may already be too late to save the largest mangrove forest in the world,” said Nowshin.