In the wings of the Cop25 talks, hosts Spain and Chile will push governments to join a coalition of progressive nations pledging to raise their targets 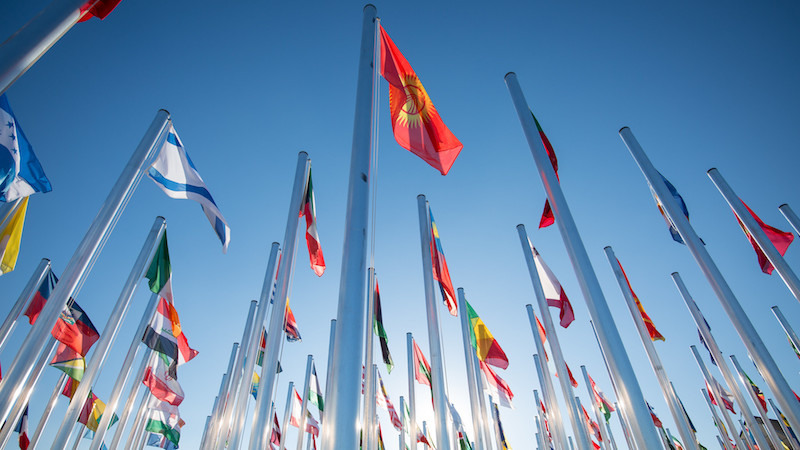 Governments from every country will be represented at Cop25 in Madrid (Photo: UN Climate Change)

The Chilean and Spanish governments hope to use UN climate talks, which begin in Madrid next week, to assemble an alliance of countries that will pledge to curtail carbon emissions and pile pressure on laggards.

Spain stepped in to host the annual talks after Chile withdrew as host last month because of social unrest over inequality.

Chile will still lead the meeting, known as Cop25, but Spain is wielding more influence over the talks. Environment minister Teresa Ribera told Climate Home News that Spain could “not expect to be silent” on the issue of raising ambition.

“Cop25 must be a launch pad for countries to raise the ambition of their contributions against climate change in 2020 and beyond,” she said.

“This is something that could have happened in Chile, but now it’s even more important,” she told CHN.

Diplomats in Madrid will have their eyes on an unfinished section of the rules of the Paris Agreement, known as Article 6, which covers global carbon markets. Breaking the current stalemate will dominate much of the formal agenda. But both the Spanish hosts and Chilean presidency will push behind the scenes for more countries to commit to faster carbon cuts.

The change of venue has led to “a scale down of expectations” and participation from the Chilean side, said Mónica Araya, a former lead negotiator for Costa Rica, but the presidency’s priorities are unchanged.

At the UN climate action summit in September, Chile launched a coalition of countries – dominated by European and developing countries – committed to enhance their climate plans and working to achieve net zero emissions by 2050.

Cop25 president and Chile’s environment minister Carolina Schmidt has urged countries to join the alliance ahead of the talks. An updated list of countries committing to higher ambition is due to be announced at the summit.

Spain’s socialist prime minister Pedro Sanchez said in a tweet the goal for the meeting was for “the largest number of countries” to commit to net zero emissions by 2050.

The gap between existing commitments and what is needed to limit warming below 2C remains stubbornly wide.

Countries must increase their 2030 climate plans more than fivefold to limit global temperature rise to the tougher 1.5C goal of the Paris Agreement, according to a report by UN Environment, with delayed action leading to steeper cuts. In the decade to 2030, emissions must be cut 7.6% a year to meet the 1.5C goal, the report found.

Under the Paris Agreement, countries will revisit their climate pledges “by 2020”. Much hope is riding on an assumption among progressive countries and climate activists that this means a step up in ambition, not a restating of their existing target.

Either way, next year’s Cop26 talks in Glasgow, UK are being treated as the deadline. Observers have warned next week’s Cop25 will set the tone.

Laurence Tubiana, CEO of the European Climate Foundation and one of the French diplomats who crafted the Paris Agreement, said: “Madrid is a moment when countries need to prepare what they are going to do next year”. She told CHN the UK, which is the midst of an election campaign, was already approaching governments to leverage ambition ahead of next year and a lot could be achieved in the corridors of Cop25.

CHN understands Marshall Islands president Hilda Heine will write to several dozen world leaders to float the idea of an early “depositing ceremony”. At this event, she suggests, countries that have committed to raising their pledges would submit them to the UN secretary general António Guterres on Earth Day, 22 April, 2020.

“This would help sort the genuine frontrunners from the rest,” Heine said in a statement, “but also provide us a crucial window to let the sun shine transparently on those targets before we reach Cop26 at the end of the year to understand if they really do reflect the highest possible levels of national ambition.”

A UN push for ambition at the climate action summit failed to draw solid new commitments from the world’s largest emitters and many G20 countries. Some, such as the US (which has set in motion the process to withdraw from Paris), Australia and Brazil, are not expected to budge. But China, India, the EU and Japan are viewed with varying degrees of optimism.

While China has sent mixed signals about its willingness to enhance ambition, the EU could agree on carbon neutrality by 2050 during a council meeting scheduled for the last two days of the talks. Poland, Hungary and Czech Republic have asked for financial assurances to come on side.

Japan has so far suggested it wasn’t ready to move on ambition, Tubiana added. “How much is this a negotiating strategy and how much are they trying to avoid the pressure ahead of next year is another question,” she said.