What happens next? – Climate Weekly 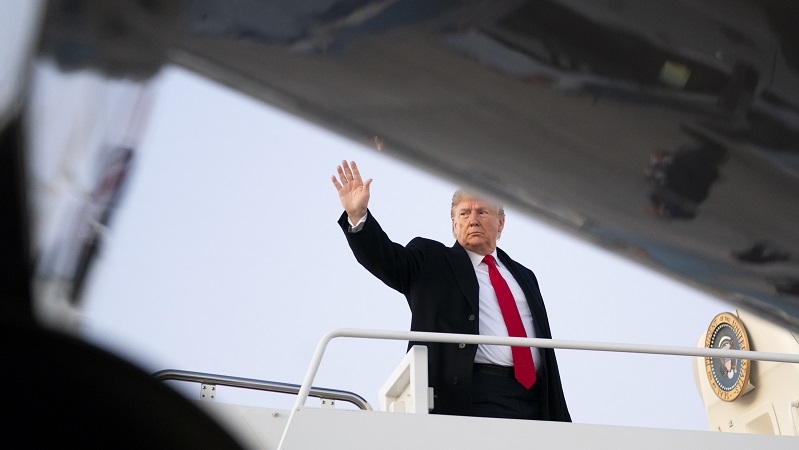 Donald Trump has formally started the process of withdrawing the US from the Paris Agreement, making it the only country in the world to officially turn its back on global efforts to cut emissions. (Photo: White House/Flickr)

Donald Trump has formally started the process of withdrawing the US from the landmark Paris Agreement.

In a year’s time, the world’s largest economy will no longer be a member of the deal which saw nearly 200 countries commit to bend the emissions’ curve and limit global temperature “well below 2C”.

The multilateral order that underpinned the signing of the Paris accord in 2015 has been shaken to its core. Now, what happens next?

Well, it’s not all change. The US will remain a party to the agreement until 4 November 2020, meaning it’s business as usual in Cop25 in Madrid.

Even outside the Paris deal, the US will remain a party to the UN climate convention (UNFCCC). In practice, this means the US will retain its seat at the climate negotiation table as an observer. Although unable to block consensus or take decisions relevant to the Paris deal, the US could still yield its soft power as the world’s largest economy to shape global climate policy.

How much is there left to influence? That’s another question. With the architecture of the Paris accord mostly finalised, the US has been able to “exert its influence when it mattered,” as one diplomat put it.

The US withdrawal could be short lived. A Democrat election victory could see Washington reverting the process within 30 days – cranking up the pressure on next year’s polls.

UN Climate Change issued a notice about the relocated Cop25, now taking place from 2 to 13 December at the Ifema conference centre in Madrid, Spain. Chile was forced to pull out from hosting the event last week because of civil unrest but retains the Cop presidency.

The UN secretariat said it was “working closely” with both the Chilean and Spanish governments “to organise the conference as efficiently and expeditiously as possible”.

Despite the very short turn around from Chile to Spain, the secretariat said it was making “every effort” to maintain large participation and exhibition booths and events dependent on available space at the venue. More information will be published on the UN website when available.

The UK’s High Court overturned a London-wide ban against Extinction Rebellion protests, deeming it unlawful. The ban, known as section 14, was imposed by London’s Met Police after protesters disrupted the UK capital for more than a week during XR’s Autumn Uprising last month.

The ruling has rendered illegal hundreds of arrests, with Extinction Rebellion protesters now able to sue the police for wrongful imprisonment and seek compensation.

As lawyer Jules Carey said, this could become “a very expensive mistake” for the police.

In other XR news, the police impounded a skull during the October protest, which, as Natalie Sauer found out, may be very valuable.

French president Emmanuel Macron was in Beijing this week to strengthen France and the EU’s economic, commercial and strategic ties with China. The meeting was an important step forward in the diplomatic wrangling between Europe and Beijing ahead of an exceptional EU-China summit next September.

The summit is crucially planned a few weeks before the UN climate talks in Glasgow, when countries are due to update their climate plans. Could this be the moment for the EU to engage in race to the top with China? Check out Climate Home News’ website next week for more.