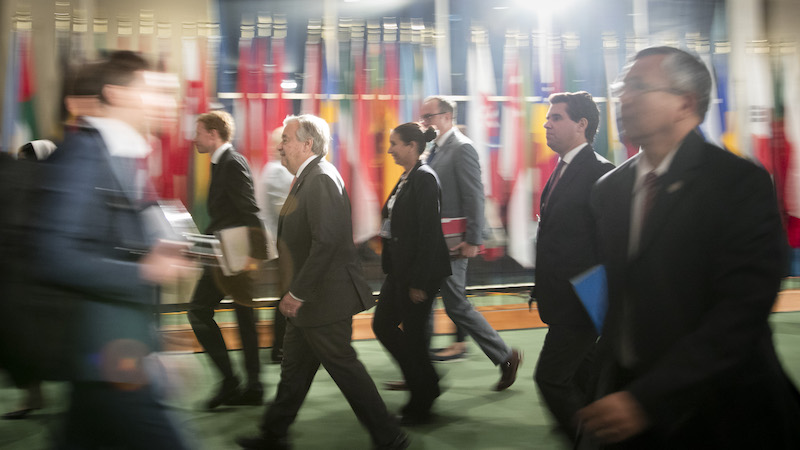 If the world someday gets its act together on climate change, this week may be the nadir from which hope bounced.

Alister Doyle reports from a meeting of the UN science panel in Monaco that oceans are rising faster than expected. Meanwhile, in New York, the UN’s attempt to get leaders to collectively step up by bringing them all to a summit failed.

Developing countries, in their dozens but with tiny emissions, did their best to set an example. Russia finally joined the Paris Agreement. But the EU, China and India made no big moves. The US, Australia, Japan, Saudi Arabia and Brazil said nothing at all.

Greta Thunberg’s speech (full video here) at the summit presaged its disappointing outcome. Millions of climate protesters will be unappeased, with plans on Friday to hold a second global strike in a week.

The summit also left many observers and diplomats dismayed or disillusioned, with secretary general António Guterres’ political acumen being privately questioned by some UN insiders who saw the meeting as counterproductive. (Guterres disagreed, calling it a “boost” for global action.)

They were universal in their concern for the health of the multilateral system that underpins the fight against climate change. Kyte (who leaves her role with the UN this week) called for a new Bretton Woods summit to bring leaders together to build a global system fit for tackling climate change.

If you thought our coverage from New York was useful and worthy of your support, please consider giving a few dollars each month by signing up to our Patreon account. It’s safe, easy and a massive help.

Meanwhile, a UN agency released a report that said the financial system needs remaking under the banner of a global Green New Deal. And writing for CHN Nick Mabey said the window to reshape climate politics was closing fast.

These are extraordinary times: long-strong structures are being prised apart and new forms will emerge.

What we did learn from the summit, according to several people CHN spoke with, is that 2020 is now more vital than ever.

But they aren’t talking about the big moment for revisiting national climate pledges scheduled by the Paris Agreement. All eyes are now on the US election next November.

This week exposed how little major and emerging economies are willing to do on climate change without the world’s richest country leading the way. And a US president actually interested in multilateral decision-making will be a prerequisite for any new Bretton Woods-style effort.

If Trump wins next year, it will lock in four more years of global inaction: a fork in the road for the climate and the creaking global system.