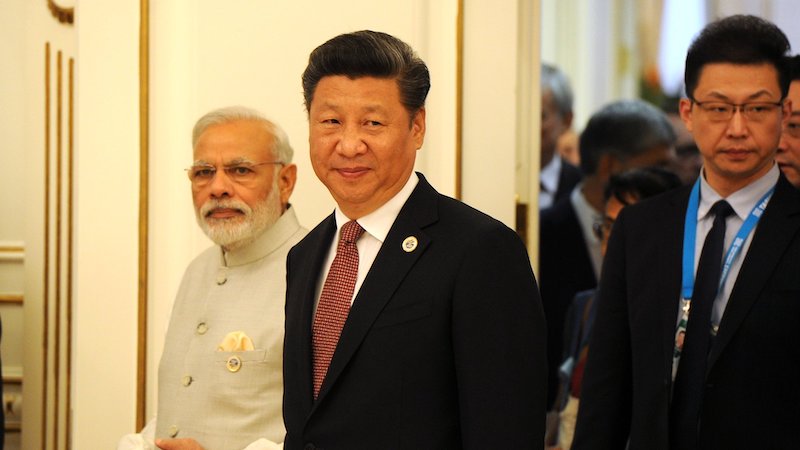 China and India demanded rich countries provide financial support for them to increase their climate plans, as leaders prepared to meet at a UN summit in New York.

The summit has been personally convened by UN secretary general António Guterres as a moment for political leaders to show their willingness to increase their climate plans and deepen the decarbonisation of their economies.

Guterres asked governments to come ready to announce the plans they will set next year.

But in separate statements published on Tuesday, the world’s first and fourth largest emitters put the onus on rich countries to fulfil their commitments to mobilise $100 billion per year by 2020 for developing countries to cope with the impacts of climate change.

As the largest developing country, China “also enjoys the right to receive funds”, it in a statement published by the ministry of ecology and environment.

It said developed countries should “implement and strengthen” and “honour the commitment” to “support the developing world in addressing climate change”.

In its statement, India’s ministry of finance said its plan was set on a “best effort” basis and that “finance holds a key for all its actions”.

With uncertain finance and technology provision, “India can only aspire to implement the already promised climate actions”, the statement said. It added that India “may only be in a position to elaborate or clarify its post 2020 climate” plan at the summit.

Instead, India said will be “better placed” to “suitably recalibrate [its climate plan] through re-examination and improvement,” in 2023, when the next global stocktake to ramp up ambition is due to take place.

The UN summit will include a discussion of climate finance, but it has not been given the primacy of Guterres’ call for ambition.

Beijing set out its action on the summit’s nine work tracks, but remained ambiguous on what it might bring to podium on Monday.

China reaffirmed its commitment to implement the Paris Agreement, but fell short of making any commitments on its climate targets for Monday’s summit.

Its contribution to climate change, it said, includes the country’s 2020 and 2030 climate targets and the establishment of “an economic system that is green and low-carbon cycle development”. It added it would “actively implement emission reduction commitments, and strengthen climate adaptation”.

“In light of tough economic and geopolitical prospects, China is pondering its options on climate,” Li Shuo, senior energy and climate policy officer at Greenpeace China told Climate Home News, adding that Beijing’s position paper left “plenty of wiggle room for a decision to double down on climate targets in 2020”.

Last week, UN special envoy for climate change Luis Alfonso de Alba said he was “very confident” that China will come to the summit “with a much higher level of ambition”, referring to a statement it issued with France and Guterres on the sidelines of the G20.

However, the stronger language in the G20 statement in which China committed to “update” its climate target “in a manner representing a progression beyond the current one” and publish a long term decarbonisation strategy by 2020, is absent from its position paper.

Even the language of China as a “torchbearer” for climate action previously used by president Xi Jinping was absent, with instead references to China as “an active participant and defender of the multilateral climate process”.

“True leaders rise to the challenges of their time,” warned Li. “If geopolitical challenges have left Chinese leaders unsure, the country’s over-achievements of its climate targets and the improving air quality should offer confidence,” he said.

Both China and India’s positions echoed a statement issued alongside Brazil and South Africa last month, highlighting the need for developed countries with greater historic emissions to shoulder greater responsibility.

For Xi’s government, this principle is “the basis for mutual trust” and the “conditions for the full and effective implementation of the Paris Agreement”, according to its latest statement.

Luca Bergamaschi, a senior associate at think-tank E3G, said China and India were developing clean technologies some time at a faster pace than developed countries.

“In a truly globalised world, this old north-south divide does not make sense,” he said.

“Although there is still a high responsibility for developed countries to provide more climate finance and lead with climate action, there is a need for much more cooperation to create open, ‘zero-carbon’ markets and to accelerate technology uptake and green finance reforms.”