Chinese Belt and Road plan ‘may result in 2.7C warming’

Without green policy controls, $12tn programme could promote development that would compromise the goals of the Paris Agreement, report finds 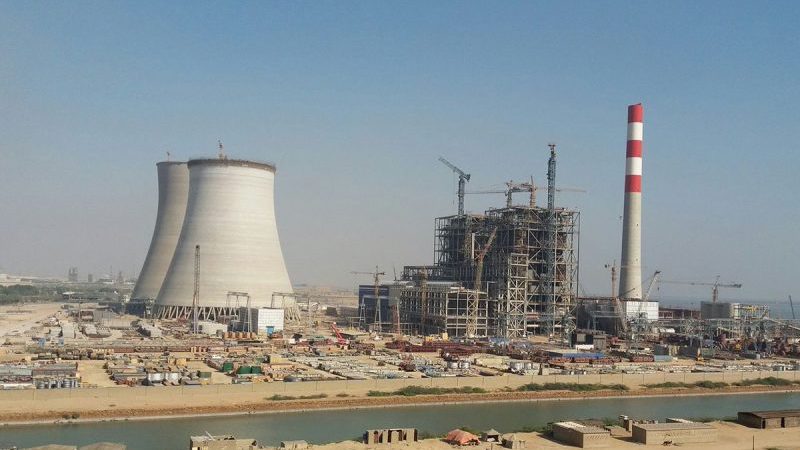 Port Qasim coal plant, Pakistan, is one of many financed by China worldwide (Photo: Twitter/Developing Pakistan)

The 126 countries in the Belt and Road region now account for 28% of global emissions, but on their current trajectory, that could rise to 66% by 2050, researchers, led by Ma Jun, a special advisor to China’s central bank, said.

That could mean global carbon levels would rise to nearly double the level needed to keep temperature increases to below 2C, a major goal of the Paris Agreement.

“If B&RCs (Belt and Road countries) follow historical carbon-intense growth patterns… it may be enough to result in a 2.7 degree path, even if the rest of the world adheres to 2 degree levels of emissions,” the report said.

The research was published jointly by China’s influential Tsinghua Center for Finance and Development, which provides recommendations to policy makers, along with London-based Vivid Economics and US-based Climate Works.

The study estimated that more than $12 trillion in infrastructure investment would need to be “decarbonised”, and called for safeguards to ensure existing low-carbon technologies and practices were implemented, although even that might not be enough to meet 2050 goals.

The Belt and Road Initiative is a Beijing-led programme aimed at boosting economic integration through infrastructure and energy investments in Asia and beyond. Signatory countries account for about a quarter of the global economy.

Although China has promised to decarbonise its energy system, it has continued to approve and finance coal projects, using $1 billion in “green finance” to fund coal-fired power projects in the first half of 2019.

According to a study by environmental group Greenpeace, China has also invested in 67.9 gigawatts of coal-fired power in Belt and Road countries since 2014, compared to 12.6 GW of wind and solar.

China has also been criticised for investing in overseas coal-fired power projects using polluting technology no longer permitted at home.

Li Gao, a senior Chinese climate official, told reporters on the sidelines of a briefing on Friday that as a matter of principle, China would not use outdated technology in overseas projects, but in practice this would depend on circumstances and the actual standards of the hosting country.