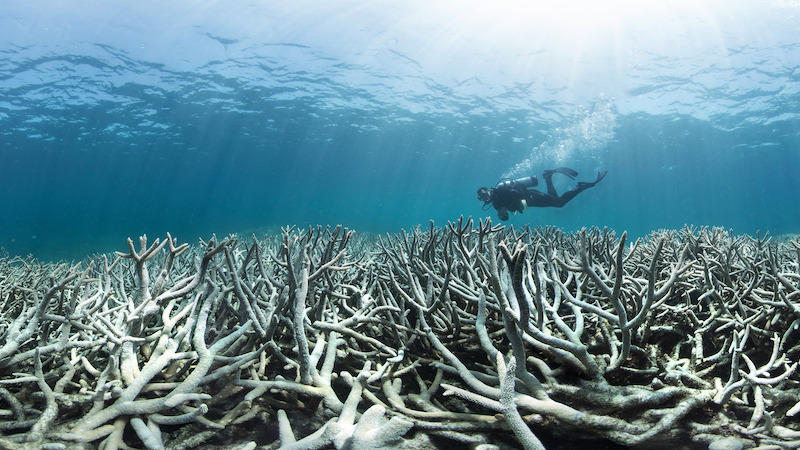 Australia’s emissions rose in the year to March (our story here), just as they have every year since 2014.

Australia has staved off the economic uncertainty of recent decades by cashing in on its vast natural resources. Aussie iron ore, coal and gas have fuelled the industrialisation of Asia and delivered Australians 28 years of recession-free growth, a record in the developed world. It’s median wealth per adult is the highest on earth, according to Credit Suisse.

Extreme wealth has not made Australia more willing to invest in a shift away from fossil fuels. In reality, it has refused to raise its emissions targets, alienated its Pacific neighbours and said it will not give any more money to help poor countries battle the impacts of warming, even as France, the UK and others step up (story by Chloé Farand this week). Domestic policy has gone backwards, the emissions rise since 2014 coincides with the eradication of a national carbon price that was cutting pollution.

Now there are fears China’s trade disputes and stuttering growth – which it said this week were diluting efforts to bring down its own emissions – might drag Australia’s economy backwards. Scott Morrison doesn’t want to be the prime minister who breaks the growth streak, but the margins are getting finer.

Hence the turn to the riches off the Australian coastline. On the back of huge new projects opening up, the country recently emerged as the world’s largest exporter of liquefied natural gas, overtaking Qatar last year after being ranked tenth in 2015. Fugitive emissions from oil and gas production now account for 6% of the country’s greenhouse pollution and are the major reason Australian emissions are still rising.

The sops the government has thrown to climate concerns stretch credulity. Paris Agreement emissions targets will be met by using credits carried over from the Kyoto Protocol. Australia appears to be the only country that has not cancelled those credits, which New Zealand has said breach the “spirit” of the Paris deal.

Minister for energy and emissions reduction Angus Taylor meanwhile has said gas exports may cut as much as 150 million tonnes of carbon a year from global emissions by replacing coal. Even if that were true (and it is disputed), the same logic requires us to look at the impact of Australia’s coal exports, the world’s largest. A recent Australia Institute analysis found that the potential CO2 released from burning Australian fossil fuel exports, 1.1 billion tonnes mostly from coal, were more than double all domestic emissions.

Despite its wealth, Australia’s electorate has not become bolder. The climate crisis has reached new prominence – on Friday a government agency said the outlook for the Great Barrier Reef was “very poor”, potentially provoking a national embarrassment if the treasure is placed on the World Heritage in Danger list. But wage growth is slow and cost of living remains a greater concern for voters than the environment. This presents a political problem for all Australian politicians. Something major needs to shift in the minds of voters before the ‘lucky country’ will leave its defensive crouch.