Comment: Through consumption of agricultural products that can drive deforestation, the EU is complicit in the loss of the great forest, it’s time lawmakers stepped up 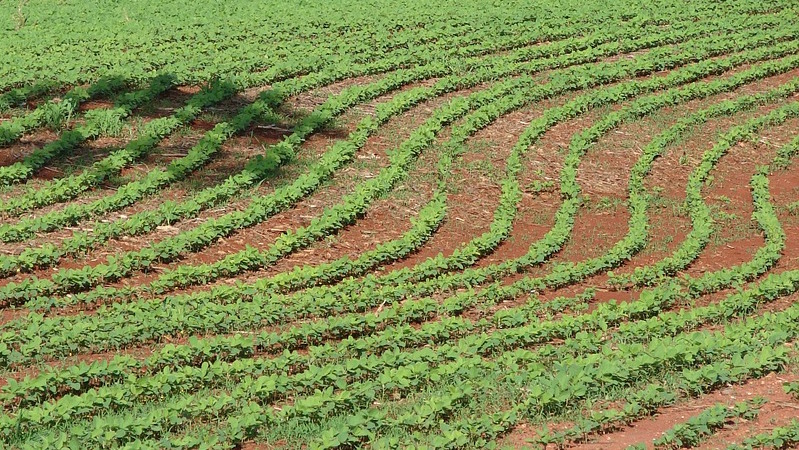 19% of all soy consumed in the EU comes from Brazil (Image: Pixabay)

Images of the Amazon burning have caused global alarm.

They have also, say observers, triggered a response unparalleled in the history of the politics around climate change: the setting of international red lines on environmental destruction. For President Macron and others, the fires tearing through the world’s largest tract of rainforest are an outrage that can’t be ignored.

All humanity will suffer if the devastation continues, yet it is Brazilians – and above all the one million indigenous people who call the Amazon home – who are bearing the brunt of this crisis right now.

In all the analysis of the fires’ causes, and the (rightful) opprobrium heaped on the Bolsonaro government for paving the way for it by, among other things, systematically weakening environmental laws, one thing has been largely overlooked: Europeans’ complicity in helping create this catastrophe.

After all, what we’re witnessing in the Amazon is just the latest chapter in a tragedy that’s been unfolding for years – one which is driven, to a large degree, by external demand for agricultural produce.

The Amazon fires were started by landholders to improve grass cover in cattle pastures, or to burn felled trees in preparation for crops and pasture. They are acting to help meet the insatiable demand for beef and – indirectly – soy in Europe, as well as in China, whose meat industry, like the EU’s, relies on huge quantities of soybean animal feed to raise livestock.

Nineteen percent of all soy consumed in the EU comes from Brazil, and 10% of all Brazilian beef is destined for the EU. Along with environmental devastation, these industries are also responsible for land grabs, social conflict and are rife with exploitative practices. Although there have been constraints on soy production expansion in the Amazon, this has only increased pressure from cattle farming there. As pastureland in the Cerrado savannah has been replaced with soybean plantations, ranchers have headed to the Amazon, causing nearly a quarter of the total annual deforestation in some years.

It would horrify many EU citizens to know that they are unwitting accomplices to the shocking scenes unfolding on social media and their television screens. Yet there are concrete steps their governments can take to end this, which a number of NGOs, including Fern, have outlined in a letter to EU leaders this week.

First, as president Macron, Irish taoiseach Leo Varadkar and others have suggested, the EU should formally suspend ratifying its recently concluded Free Trade Agreement with the Mercosur countries, which include Brazil. At the time it was agreed, Fern and many others warned that it would exacerbate the threat to the planet.

The deal should not be signed or ratified until it contains strong and binding safeguards that will ensure that forests are protected, and indigenous and traditional communities’ rights are respected.

Second, the EU should enact legislation ensuring that companies and the finance sector are required to do due diligence guaranteeing that the goods they place on the EU market, as well as their investments, have not caused forest degradation or deforestation, or led to human rights abuses.

On July 23, the European Commission released a communication committing itself to measures to “increase supply chain transparency and minimise the risk of deforestation and forest degradation associated with commodity imports in the EU.”

As the Amazon burns, the urgency for the commission to meet this commitment only intensifies. This must be done in partnership with, not imposed on, forested countries.

In doing so, Europe’s leaders will not only fulfil the wishes of the bulk of their own citizens (a recent poll showed that 87% of Europeans support new laws to ensure that the food they eat and the products they buy don’t drive global deforestation), but help protect the rights of the Brazilians currently on the frontline of today’s devastation.

Hannah Mowat is campaign coordinator at the forests and rights NGO, Fern.