Police are investigating after a group claimed responsibility for vandalising 40 luxury cars near Frankfurt, while the industry braces for further actions 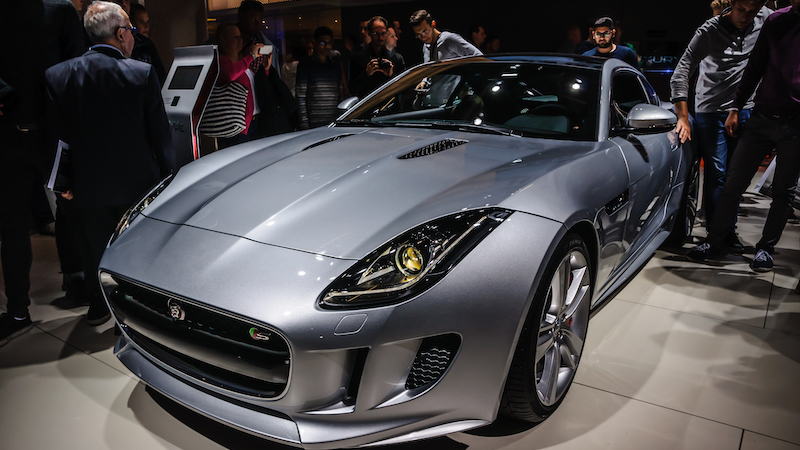 Jaguar's F-type car at the Frankfurt auto show in 2015. Jaguars were among the cars claimed to have been vandalised this week by climate activists (Photo: Deposit Photos)

The Frankfurt auto show, which opens next month, is stepping up security checks to prepare for potential disruption by climate activists who are calling for people to join anti-car protests.

Police are already investigating a group calling itself Rocks in the Gearbox after more than 40 luxury vehicles were vandalised at a car dealership in Kronberg on the outskirts of Frankfurt earlier this week, adding to a string of anti-auto protests.

Ahead of the car show, Germany’s auto industry association the VDA has sought to defuse anti-car sentiment by inviting environmental activists from Greenpeace, Deutsche Umwelthilfe to a panel discussion in Berlin on 5 September along with executives from Daimler and BMW and the VDA, to debate the climate crisis and mobility of the future.

The Frankfurt show, known as the IAA, is due to take place from 12 to 22 September.

“We are in close contact with the security authorities just as we are at every IAA. Entrance controls will be tightened, given that there may be spontaneous rioting at the show,” VDA spokesman Eckehart Rotter told Reuters.

Environmental groups have appealed to the public to join protests in Frankfurt on 14 September, prompting the VDA to warn car show visitors to expect longer queues at security checkpoints.

Police in Wiesbaden on Thursday said they were investigating Rocks in the Gearbox after the group claimed responsibility for vandalising the Jaguar, Land Rover and Aston Martin vehicles at the car dealership on Monday.

Windshields and windows, hoods and panels were smashed with metal objects and the two glass doors at the car dealership were broken, a spokesman for the Wiesbaden police told Reuters.

“They used hammers and crowbars and we are investigating a group claiming responsibility,” the spokesman said.

Rocks in the Gearbox released a statement on Monday saying: “In two weeks Frankfurt will once again launch a propaganda show where the outmoded, climate and environment destroying transportation system is hyped.”

“We want to expose this show for what it really is: profits made on the backs of the poorest and at the expense of future generations… We think it is time to throw rocks into the gearbox of capitalist and automotive profit logic.”

The statement called for more scrutiny of working conditions in related industries, including freight, cotton and rubber production as well as for people mining rare earths for electric car batteries and electronics.

“We have opened a probe investigating potentially dangerous disruption of rail and shipping transportation,” a police spokesman told Reuters.