China is expanding its UN presence, in belt and road push

UN farming chief is the latest top job to be filled from Beijing, as China promotes ‘ecological civilisation’ and promises to green its foreign investment drive 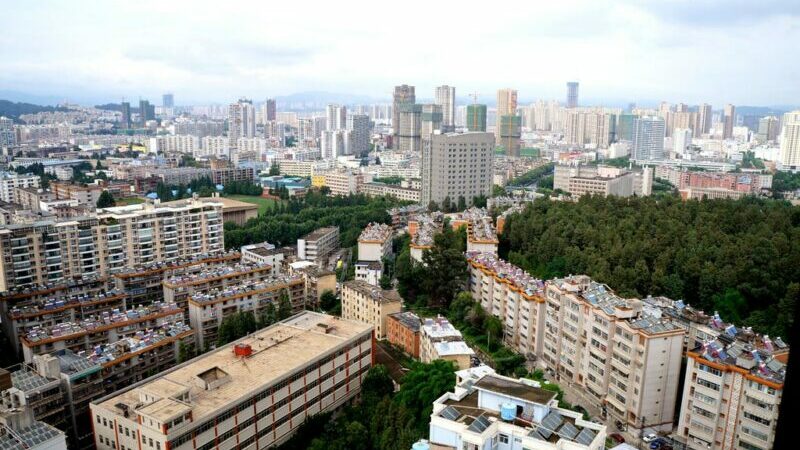 As the US withdraws from the international arena, China is playing for dominance in UN spaces.

And while Beijing strengthens its influence at the top of international institutions, president Xi Jinping’s promise to green China’s belt and road initiative (BRI) – its ambitious campaign of foreign investments – is being tested.

Will China walk the talk, or is Beijing’s increased participation in global forums an attempt to neutralise its critics?

Reflecting its growing economic clout, China has become the second largest UN donor after the US and the largest contributor of troops for peacekeeping operations among permanent members of the Security Council. In recent years, it has played an ever bigger role in environmental and development agencies.

The inauguration last week of Qu Dongyu as the first Chinese director-general of the Food and Agriculture Organization (FAO) – the UN’s largest technical agency – is the latest example of that. The outgoing Chinese vice-minister of agriculture and rural affairs, who worked on the BRI’s agriculture policy, Qu was elected in a secret ballot for a four-year mandate, with the possibility of running for a second term.

This could see him oversee the organisation in the critical period to 2030 – the deadline to achieve the UN’s sustainable development goals (SDGs).

The FAO also has an important role to play in climate action. The publication of a major UN scientific report this week is expected to highlight tensions between growing food and preserving land and forests as carbon sinks.

“I’m very grateful to my motherland. Without 40 years of successful reform and open-door policy I would not have been who I am,” Qu told the FAO in his acceptance speech.

Elsewhere, the city of Fuzhou on the country’s eastern coast is to host next year’s session of Unesco’s World Heritage Committee meeting.

And the southern city of Kunming will be the stage for the 2020 UN biodiversity talks – a meeting which is expected to deliver a global framework for plant and wildlife protection beyond next year.

“China actually competed down to the wire to host [the biodiversity meeting] in 2020,” said Li Shuo, climate and energy policy officer at Greenpeace China.

This aligns with Beijing’s broader diplomatic move away from the “hide your power, bide your time” approach, which has long dictated China’s foreign policy, Li told CHN.

The Kunming summit is anticipated to be one of the most important events in China next year, said Jinfeng Zhou, secretary-general of the Beijing-based China Biodiversity Conservation and Green Development Foundation.

In an email to CHN, Zhou said the “era of ecological civilization” – one of president Xi’s signature slogans – was “an imperative for humanity” and one of the reasons for China’s willingness to host the meeting.

The term appeared in an article penned by President Xi in a state-owned magazine earlier this year, in which he set out his vision for China to “deeply participate in global environmental governance, enhance China’s voice and influence in the global environmental governance system, [and] actively guide the direction of international order change.”

China is pushing for this concept of “ecological civilization” to be adopted at the international level, Sam Geall, executive director of China Dialogue and an associate fellow at Chatham House, told CHN.

“Putting [its] mark on the international system is a goal in itself and goes with the idea of Chinese rejuvenation,” he added. “China wants a commensurate voice to go alongside its economic power but it has a long way to go in that respect.”

Beijing’s increasing clout in UN spaces largely seeks to legitimise its BRI, an umbrella phrase for its diplomatic, trade and investments push abroad.

It includes carbon-intensive infrastructure projects, such as coal-fired power plants, which are coming under increasing scrutiny for their environmental impact.

On the whole, it is “not very green”, said Scott Morris, senior fellow at the Washington-based Centre for Global Development. “Chinese officials have not yet confronted that reality.”

The UN provides an important forum for China to discuss what the greening of the BRI means, said Alvin Lin, climate and energy policy director of the Natural Resources Defense Council’s China Programme.

The BRI has been “one the key areas of focus for that cooperation between China and the UN”, he said, ensuring the initiative is in line with both the Paris Agreement on climate change and the SDGs.

That “is a positive thing,” he added, “because more attention is being paid to this issue”.

Beijing is “particularly keen to get positive references to the BRI into UN resolutions and meetings”, said Richard Gowan, UN director at the International Crisis Group and an expert on UN governance. So far, its efforts have been countered by the US and India, he added.

But the UN machine has thrown its support behind China’s development strategy.

In 2016, the UN Development Programme signed an agreement with China for the BRI to accelerate the implementation of the SDGs. Last year, China signed a strategic cooperation agreement with UN Environment to strengthen South-South cooperation and build the capacities of developing countries to address environmental issues.

This collaboration “makes it seems as though the BRI is about multilateralism and only about development”, said Jonathan Hillman, director of the Centre for Strategic and International Studies’ Reconnecting Asia Project. In his view, it is more about lucrative bilateral deals.

“This is part of the political campaign to define the BRI on China’s own terms.”

How China’s influence and leadership in the UN arena will play out remains to be seen. Gowan warned that UN senior Chinese appointees must “demonstrate they are impartial international civil servants, and not primarily loyal to Beijing as many diplomats suspect”.

For Hillman, Chinese officials “are saying all the right things” about green development, but “the jury is very much out” on whether they will put them into practice.

Qu’s election at the top of the FAO was “a wake-up call” for the US, he said. “These multilateral institutions are going to be run in a different way for someone else’s interests if we are not paying attention.”