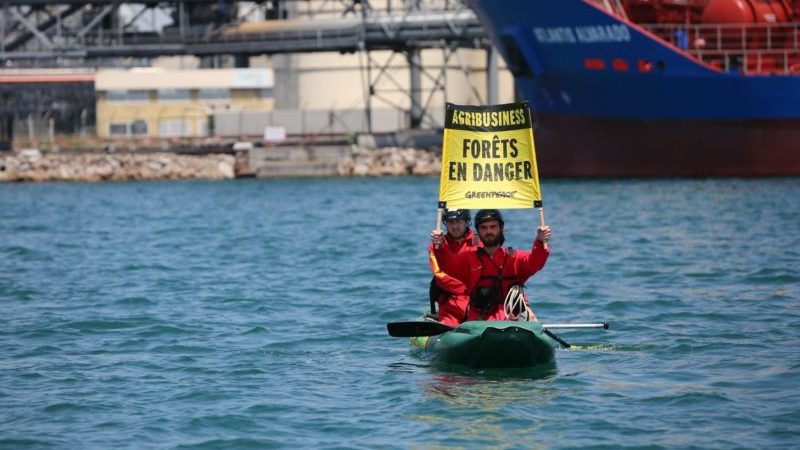 France’s former environment minister Nicolas Hulot slammed an EU trade deal with the Mercosur countries of South America as “completely contradictory” to the bloc’s climate goals, in an interview with Le Monde on Sunday.

The mammoth agreement, signed by the European Commission on Friday after 20 years of negotiation, will create an integrated market of 780 millions consumers with Brazil, Argentina, Uruguay and Paraguay. It is set to lift tariffs on a range of goods, including cars and food produce. Brazil president Jair Bolsonaro and EU trade chief Cecilia Malmström described the deal as “historic”.

But Hulot warned the deal would enable environmentally destructive practices under the Bolsonaro administration.

“On the one hand, this creates doubt about political intentions and declarations, given the reality of practices, and we see the consequences when doubts about political action grow,” Hulot said. “On the other, we let a president, Jair Bolsonaro, destroy the Amazon rainforest, without which we have no chance of winning the climate battle.”

Deforestation of the Amazon has surged since Bolsonaro took office, with his pro-business stance emboldening loggers, farmers and miners to clear land. Official data shows the Brazilian Amazon lost 739 square kilometres of tree cover in May – a record high for that month.

International demand for soya, beef and timber is a key driver of forest clearance.

Greenpeace activists blockaded a cargo ship importing soya to Sète, southern France, over the weekend, to protest the French government’s “inaction” on deforestation in the Amazon. The ship, which came from Cotegipe, Brazil, was “a symbol of the destructive soya system,” activists said.

On Monday, French president Emmanuel Macron sought to assuage concerns by announcing the launch “in the next days… of an independent, complete, transparent evaluation of the deal, including on environmental and biodiversity impacts”. The French government has said the agreement would have to meet the EU’s environmental and health standards.

“Trade policy has become a tool for climate policy,” Juncker said in a statement on Saturday. “In the agreement, each of the parties – each and every country bound – commits itself to the effective implementation of the Paris agreement. This locks countries into commitments taken on stopping deforestation in the Amazon for example.”

The deal has yet to be approved by member states and the European parliament.

Hulot, who resigned from Macron’s government last year over dissatisfaction with its level of green ambition, said the Mercosur deal “exonerated importing countries from efforts that we ask of our own farmers”.

He raised similar concerns about a trade deal between the EU and Canada. “Canada is one of the worst performers of the G20. To sign the Ceta was to comfort it, whereas not to sign it was to encourage it to change,” he said.

The Canadian government was accused of mixed messages when it approved an oil pipeline expansion last week, the day after declaring a “climate emergency”.

More broadly, Hulot argued globalisation was incompatible with long term decarbonisation and production should be brought closer to home.