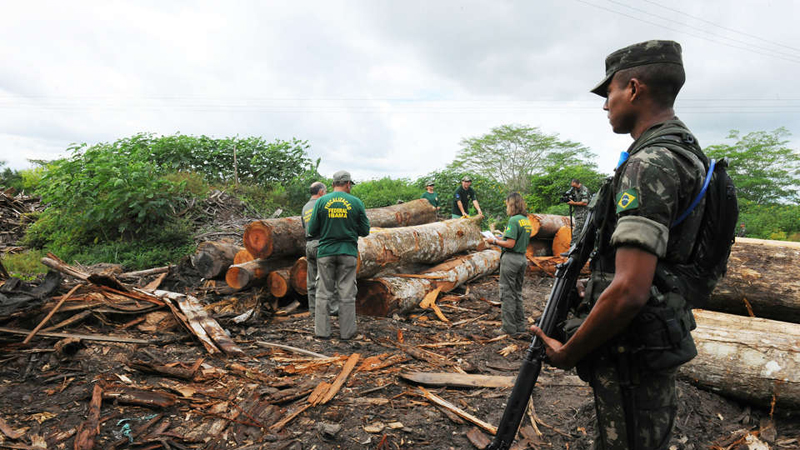 France intends to stop importing soy, palm oil, beef, wood and other products linked to deforestation and unsustainable agriculture by 2030, shooting ahead of the rest of the EU.

The new national strategy to combat imported deforestation, released by the environment ministry on Wednesday, will use trade to help decouple economic development from tree-cutting and unsustainable agriculture in poorer countries.

France also plans to help companies meet their own goals for combatting the import of products linked to deforestation, and encourage financiers to take environmental and social issues into account for investment decisions.

Europe’s imports of agricultural products – ranging from beef and soybeans from Latin America, to palm oil from southeast Asia, to cocoa from Africa – are responsible for more than a third of deforestation, according to the French strategy.

“The EU, a major global economic player, bears an important responsibility to set an example,” it stated. The European Union, as well as France, therefore should “rapidly” adopt measures to reduce the impact of their consumption on deforestation.

The European Commission is under growing pressure from some EU capitals, European Parliament members and civil society to address the bloc’s contribution to deforestation in other countries.

“The EU and others need to follow suit, because France can’t tackle deforestation alone,” Nicole Polsterer, campaigner at the Brussels-based environmental NGO Fern, said on Wednesday. “Only the European Commission can ensure that all member states’ trade is free from violations of land tenure rights and deforestation.”

France, the Netherlands, Germany, Italy, the UK, Denmark and Norway sent a letter to EU commissioners earlier this month asking them to come up with a bloc-wide action plan to combat deforestation, based on a feasibility study the commission published in March.

The French strategy also comes amid growing concern about rising deforestation in the world’s largest tropical rainforest – the Amazon – following Brazil’s election of Jair Bolsonaro. Deforestation in the Amazon jumped by nearly 50% during the three-month presidential election season, according to preliminary figures. The incoming president has talked about putting a highway through the forest and weakening environmental laws in favour of farmers and loggers.

Polsterer argued in Climate Home News during Brazil’s election campaign that the best way for the EU to resist Bolsonaro’s impact would be through trade. The EU is the largest foreign investor in Brazil and its second-largest trading partner, with a share of 18.3%, she said.

Forests shelter more than 75% of the world’s biodiversity, absorb climate-warming carbon dioxide emissions and help protect soil and freshwater, said the French strategy. Global forest cover shrunk by 129 million hectares, or twice the size of France, between 1990 and 2015, it said, citing the UN’s Food and Agriculture Organisation.