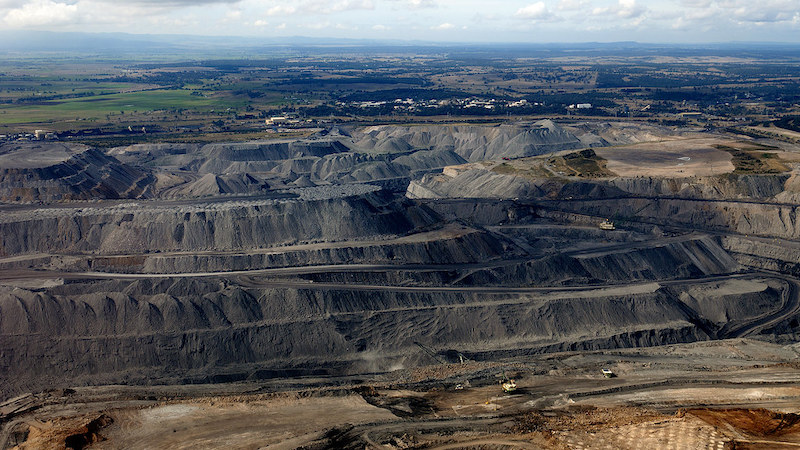 A coal mine in Australia's hunter valley (Photo: Jeremy Buckingham)

It was Australia’s climate election. But not in the way many expected.

It took Tony Abbott, the architect of a decade of climate agony for Australian progressives, to boil a catastrophic defeat for Labor down to a trademark slogan.

Abbott was, in fact, giving a concession speech. He’d just been thrashed by an independent who made his climate denial the defining issue for voters in the affluent Sydney seat he’d held for 25 years.

But away from the lilly pilly-lined streets of northern Sydney, Australians were emphatically rejecting the fullest climate offering from a major party in years.

Labor, led by former union boss Bill Shorten, had come to the election promising to end Australia’s ‘climate wars’ with energy reforms that would foster the growth of renewable energy over the country’s traditionally powerful coal industry. It was, Shorten said, time to end a decade of inaction as Australia recovered from its hottest ever summer.

Shorten had been heavily favoured, with betting companies even paying out on a Labor victory in the week before. Instead, the governing coalition of Liberal and National parties was returned to power, aided by a resounding victory in coal country.

In the central Queensland seats of Dawson, Capricornia and Herbert, the swing to the Coalition was 11.3%, 10.7% and 7.6%. Herbert was one of two seats Labor lost in a state where they had to make gains to win government.

In this arid corner of the north east, Indian company Adani plans to dig a massive and controversial new coal mine. The Coalition has backed the project, which still faces state regulatory hurdles, as a job bonanza for central Queensland. Resources minister Matt Canavan’s response to the government’s re-election was a two word tweet: “START ADANI”.

On the other hand, Labor has remained ambivalent, saying that it won’t block the development, but it won’t give the project federal finance to build a rail link.

One of the single biggest potential beneficiaries of the Adani project is a billionaire businessman called Clive Palmer. His Waratah Coal company holds major mining leases near the Adani site. The rail and port infrastructure that would service the first mine would make his Alpha North and China First Coal projects, which he claims have even larger reserves, all the more likely to proceed.

In this election, Palmer, a former MP, financed one of the most extraordinary guerrilla campaigns in Australian political history. He reportedly spent AU$60m on Labor-bashing advertising for his own United Australia Party. He ran candidates in every seat, but didn’t win a single one. Then, under Australia’s preferential voting system, Palmer did a deal that meant his 3.4% of the national vote flowed to the Coalition. Late on Saturday, he claimed credit for returning the government.

Amazing. This table shows how preferences from One Nation and Palmer gave the LNP a massive boost in Qld. From @TomMcIlroy https://t.co/CbLe34ZXEF pic.twitter.com/zP9x3QXnGU

In Queensland, Palmer’s attacks found their mark. According to Richie Merzian, director of the Australia Institute’s climate programme, Labor’s fence-sitting over Adani “meant they were unpopular in Queensland where the Coalition were successful in equating coal and jobs… and not popular enough in Victoria where the population wanted climate action”.

The mining union, which is affiliated to Labor, called on the party to back the Adani project. Instead, Shorten’s election offer to communities impacted by the declining coal industry was the establishment of a ‘just transition authority’, but no finance for restructuring their economies.

Wayne Swan, Labor’s national president and a former treasurer, told the ABC his party had failed to reassure communities that view coal as their lifeblood.

“What they want is someone who respects the dignity of their work and their lifestyles in their region and the whole country, not just the Labor party, has to come to grips with that challenge,” he said.

After suffering such a major setback, Guardian Australia’s political editor Katherine Murphy questioned whether Labor would “have the resolve to go to another election championing an ambitious policy” on climate change.

But others argued the party needed to double down on its commitments, not only to cutting emissions, but to the regions that feed the biggest coal export industry on the planet.

Greens MP Adam Bandt said on Twitter that if Labor jumped to the conclusion that only a small target could win the climate policy struggle “it could cost us all dearly”. He called for an Australian version of the green new deal, the massive investment in transitioning to a cleaner economy currently championed by progressives in the US and Europe.

“The only way out of this cul-de-sac is with a plan for real jobs in new industries located in these coal communities. A ‘green new deal’ can be picked up and applied across party lines and can work as well in Melbourne as in Capricornia if it’s believable,” said Bandt.

This has international precedent. In Spain, the Socialist government brokered a €250m regional development deal with unions to phase out coal mining. In April, they won back into power campaigning on a ‘green new deal’ platform and increased their vote in mining regions.

Marc Stears, director of Sydney University’s Policy Lab, told Climate Home News Labor needed to “make the economic case for climate reform bigger and more compelling”. He said the idea of an Australian green new deal was “on the right track” but its proponents needed to “persuade people that it is real and not just wishful thinking”.

An even stronger lesson for Australia may come from Germany, where coal is every bit as woven into the political, economic and social fabric. Last week, Angela Merkel said the country would find a path to reach net-zero emissions by 2050. Germany’s coal commission, with representatives from across industry, unions, science and green groups, has set out a plan to manage the end of coal within two decades. That is slower than climate advocates would like, but represents a durable compromise with an influential coal lobby.

Without that type of engagement, Australian Labor remains vulnerable to an industry that has again demonstrated its close ties to power and to the electorate.