Vote share up in mining regions after deal to transition away from coal, manifesto calls for ‘consideration of planetary limits as conditions for economic progress’ 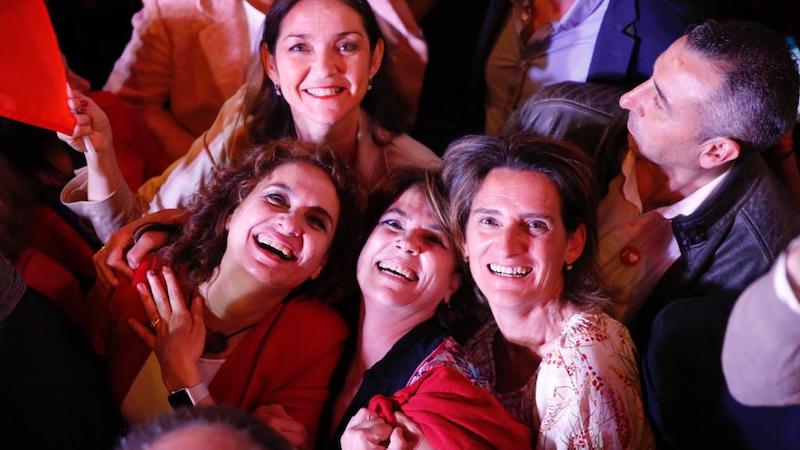 Spaniards threw their weight behind a Green New Deal programme on Sunday, after re-electing the pro-climate Spanish Socialist Party (PSOE).

The PSOE, which campaigned on a sweeping platform of ecological transition, clinched 29% of the vote and 123 seats in the 350-seat congress.

It will need to form a coalition with populist left-wing party Unidos Podemos (UP), which has also called for a decarbonization of the economy. Even then, it will also require the help of regional parties, or the centre-right Ciudadanos, in order to govern.

Commenting on the results, political analyst Pepe Fernández-Albertos described PSOE’s gain of 6.1% as “something quite exceptional for a party in government”. At 75.8%, attendance was also 9% higher than the previous election in 2016.

Notably, the PSOE gained votes in coal mining regions where it has struck a major deal to shut the industry down. In October, the government agreed with unions and the industry that €220m will be injected into mining regions over the next decade, boosting retirement schemes and retraining.

Local media described the results as a “triumph” with Socialist vote share nearing 50% in many mining towns.

The pledge to spearhead “a just and sustainable economy” was the first of seven pledges in the PSOE’s manifesto.

The manifesto called for a “Green New Deal”, which it describes as “a new social contract, a new pact between capital, work and the planet”. That means a “maximum efficiency in the use of natural resources” and the development of “technologies that are less polluting and with less impact on biodiversity, especially renewables and the creation of ‘green jobs’ in every sector”.

A Green New Deal has also been proposed and popularised in the US by congresswoman Alexandria Ocasio-Cortez. In January prime minister Pedro Sanchez told world economic leaders that they should not fear the policy, which proposes huge a stimulus package for sustainable infrastructure and industry.

PSOE proposed to overhaul the Spanish constitution to include the “consideration of planetary limits as conditions for economic progress,” along with the precautionary principles and the principle of no-return – in legal jargon, a guarantee not to amend environmental law if this lowers standards.

Prior to the election, the PSOE had proposed one of the world’s most aggressive climate laws. The legislation committed the government to slash greenhouse emissions to 90% of 1990 levels by 2050, ban fracking and end subsidies for fossil fuels.

Since forming a government with a razor-thin majority in June, the PSOE has buoyed a previously embattled renewables sector by scrapping an emblematic levy on solar energy and committing to install 6,000-7,000MW of renewable power every year until 2030.

The conservative People’s Party, which shredded the country’s renewable energy industry during eight years in power, suffered a huge defeat. Its seat count fell from 137 to 66.