The chancellor said her “climate cabinet” would consider how to get to net-zero emissions, aligning Germany with states calling for higher EU-wide ambition 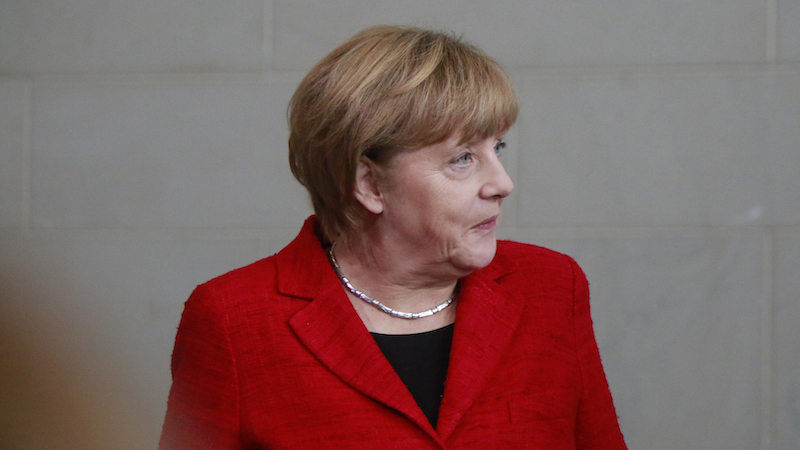 German Chancellor Angela Merkel said on Tuesday that she would consult her newly established “climate cabinet” on how to attain carbon neutrality by 2050.

Addressing climate ministers from around the world at the Petersberg Climate Dialogue in Berlin, she signalled plans to increase Germany’s long-term ambition.

“It’s about climate neutrality. This means that we should not ensure there are absolutely no CO2 emissions but that if there are still CO2 emissions, we must find alternative mechanisms to store this CO2 or offset it,” Merkel said.

“I therefore propose that we have a discussion in the climate cabinet about how we could reach the goal of being CO2 neutral by 2050 and the discussion should not be about whether we can reach that goal but about how we will reach it.”

A net-zero emissions strategy would bring Germany in line with eight EU member states calling on the bloc to strengthen its mid-century target.

The governments of France, the Netherlands, Belgium, Sweden, Denmark, Spain, Portugal and Luxembourg support the development of an EU roadmap to net-zero emissions “by 2050 at the latest”, according to a leaked document obtained by Euractiv.

At a summit in Romania last week, Merkel said she could not join the coalition because Germany’s 2050 targets differed from the proposed objective.

The French government proposed a bill in February to aim for carbon neutrality in its borders by 2050. The target would replace the previous 2050 goal of lowering greenhouse gas emissions to a quarter of 1990 levels.

But the bloc remains divided on which strategy to adopt. On 9 May, European Commissioner president Jean-Claude Juncker brushed off the appeal to stress that the EU ought to focus on “concentrate on immediate and urgent” climate targets for 2030.

Campaigners welcomed Merkel’s change of position, stressing that early action was needed to back it up. Germany is off track for its 2020 emissions reduction target and is working towards a 2038 end date for burning coal, which climate advocates say is too late.

“This shift makes it possible for EU governments to endorse climate neutrality,” said Greenpeace EU climate policy advisor Sebastian Mang. “But to regain its credibility as a climate champion, Germany must push to bring EU 2030 climate targets in line with scientific advice and support drastic action to avoid climate breakdown.”