Why is tiny Nauru getting $26.9m in climate finance to build a port? 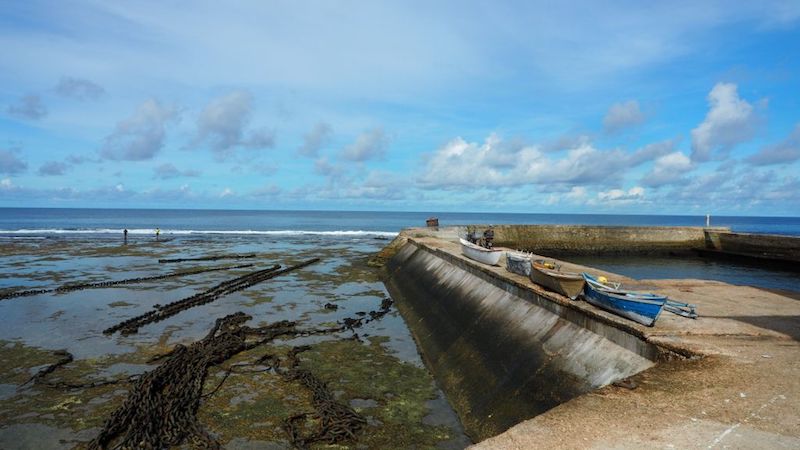 The joint-funded project will upgrade Aiwo harbour, on Nauru's western side (Photo: ADB)

Britain didn’t like the idea. Neither did Japan. France had doubts. Civil society groups were far from convinced.

So why has tiny Nauru – best known in recent years for hosting a contentious Australian immigration detention centre in return for aid dollars – been given $26.9 million in international climate funding to build a port?

At the heart of the question is the vexed and unresolved issue of what qualifies as climate finance, and how it differs from traditional development aid.

The Nauruan project was discussed by the Green Climate Fund (GCF) at a board meeting in Cairo in October after a proposal was put forward by the Asian Development Bank, which had backed it with $20.7 million grant. The Australian and Nauruan governments had committed another $17.6 million between them. But the biggest chunk was requested from the UN agency.

The GCF distributes money donated by wealthy countries as part of their obligations to the Paris climate agreement. It started with pledges totalling $10.3 billion.

Of its current portfolio of 53 projects, the average number of beneficiaries per project is around 3 million. The average outlay per beneficiary is $16. The Nauru project benefits 11,300 residents, at a cost of $2,380 per person. This is a crude measure and Nauru is doomed to such poor ratios because of its size and isolation. But on these raw terms, the project is an outlier.

With unanimous approval needed for a project to win the support of the GCF, the initial round of discussion suggested the project would fail. While no fund member doubted the low-lying nation needed a new port – the failing existing structure regularly leaves ships having to transfer goods manually from beyond the island’s coral reef – several countries believed it did not meet the criteria for the GCF to pay for it.

Japanese board member Tamaki Tsukada spelled out the problem: the port was primarily economic, rather than climate-specific, infrastructure. A cost-benefit analysis of the project had underlined this – though the GCF was being asked to pay two-thirds of the extra cost of transforming it from a basic to a modern, climate-resilient model, it had been calculated that the overwhelming bulk of the benefits were to the Pacific nation’s economy.

“I really hate to appear over-fastidious or finicky about this, but I think this case is posing an important policy question that we should not treat lightly,” Tsukada said.

Map: Aiwo harbour can be seen on the western coast of Nauru, along with a ship using offshore loading infrastructure

But after debate was deferred for 24 hours, those concerns were reduced to a footnote. The UK, which had argued forcefully against funding the project the day before, formally noted its reservation that the port was not value-for-money for the GCF. Other countries just let it through.

It is understood delegates supporting the proposal made a persuasive and private lobbying effort, stressing the project’s benefits. Though not entirely convinced, Japan and France agreed it should be funded as a test case.

Australia argued that climate change was already affecting the Micronesian nation, which at 21 sq km is the world’s smallest island state. It is considered vulnerable to sea level rise and changing weather and storm patterns. Already, the port cannot be safely used for three months each year.

CHN is one of the world’s most trusted independent sources of climate politics news. Sign up for our newsletter.

Australia has close ties with Nauru. The once wealthy nation has effectively become a client state of Australia since its phosphate reserves were depleted in the 1990s. Australian aid makes up 17% of Nauru’s national revenue; its immigration centre is the island’s second largest employer. The operation of the centre, on a small island far from the Australian mainland, has been heavily criticised for its lack of transparency and its treatment of asylum seekers. In late 2016, a United Nations special rapporteur described conditions in the centre as “cruel, inhuman and degrading”.

But observers said Australia’s strong support for the Nauru port bid was less about reciprocity, and more tied to its desire to have its $200m GCF contribution spent in its region.

It is understood the port approval was in part possible because the British, dissatisfied with the way some projects measured up with loose criteria, had already made a statement by vetoing two South American rural development projects at the same meeting and was sympathetic about Nauru’s circumstances.

A British spokesperson told Climate Home News that, given the urgency and importance of responding to climate change, it was vital the world deploy resources in the “most rational, impactful and cost-effective way possible… This is why we ask tough questions about all projects we support”. 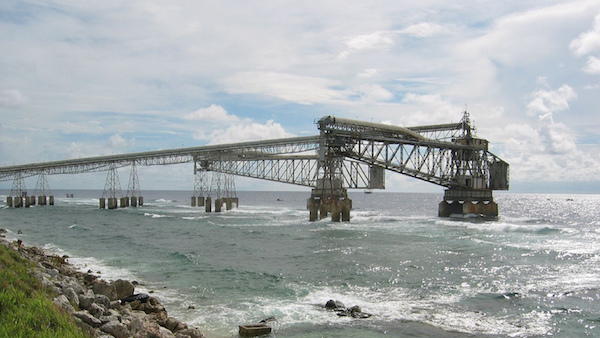 Several board members strongly supported the Nauruan bid during the board meeting. Diann Black-Layne, from Antigua and Barbuda, publicly argued assessing the port’s benefits was more complicated than the cost-benefit analysis suggested. She said the funding was the difference between the country having a long-term functional port or not.

“It is not as simple to say this is adding value to their port,” Black-Layne said. “We’re repairing a port that climate change has damaged.”

But Tsukada stressed future discussions must be based on clearer policy guidelines about whether the GCF was to fund climate projects, or economic infrastructure with climate-resilient design.

GCF co-chair Ayman Shasly, from Saudi Arabia, agreed the inability to properly define what constitutes climate finance was causing confusion not only at the fund, but in discussions over long-term climate finance under the United Nations Framework Convention on Climate Change (UNFCCC). “We have a dilemma… to differentiate between financing for development and financing for climate change,” he said.

Civil society organisations largely remained quiet during the Nauru discussion, but it is understood they felt – while the country deserves support for the project – the climate-related justification was to some extent contrived.

Talking points prepared on behalf of the groups seen by CHN noted an independent technical advisory panel report to the GCF incorrectly claimed Nauru had listed the port as a priority project as part of its Paris submission to the UNFCCC. In reality, neither the port nor transport infrastructure were listed as priorities.

But the civil society organisations also stressed Nauru clearly needed the project, and it would be a mistake to try to impose a sharp dividing line between climate adaptation and development funding.

Liane Schalatek, associate director of the Heinrich Böll Foundation North America, said trying to come up with improved definitions and criteria – as the GCF has said it will – would help. But she said it could not eliminate grey areas.

“In cases where climate change endangers the lives and survival of poor people and communities, there can be no hard line.”