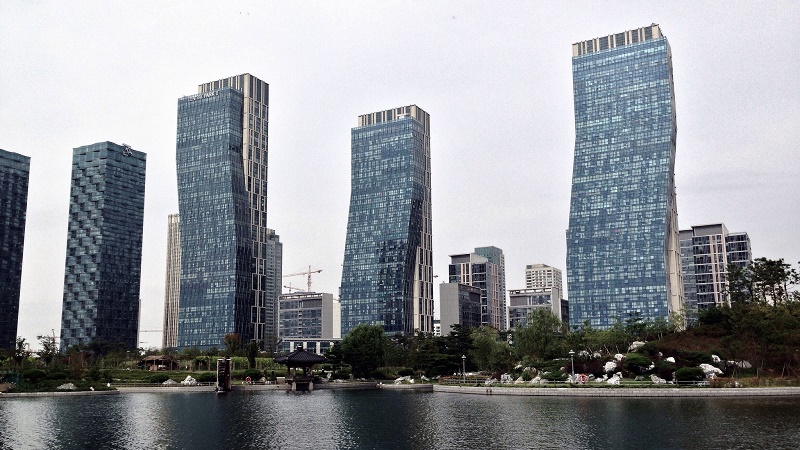 Developing countries are split over whether the UN’s flagship climate fund needs a voting system to break deadlock on policy and project decisions.

At present, all 24 members of the Green Climate Fund board have effective veto power. The US used this in October to block a Chinese bid for a green development loan. Several policy issues have been repeatedly deferred due to lack of consensus.

As the fund prepares to solicit a fresh round of contributions, a long-running debate flared anew at a board meeting in Songdo, South Korea on Tuesday.

Representatives of vulnerable communities joined rich world voices in calling for governance reform, to make money flow faster. Emerging economies, on the other hand, resisted what was seen as an attempt by donors to impose conditions on the provision of climate finance.

“For us [small island developing states] the urgency of addressing climate change is not an abstract concept but a lived reality that gets worse every day,” said Ronald Jumeau of the Seychelles.

“In this context, the board has the responsibility to apply the most efficient decision-making procedures possible. Decision-making should not become a barrier to the delivery of climate finance, which hurts not only the fund and its reputation, but more importantly the fund’s recipients and vulnerable countries the most.”

Saudi Arabia’s representative railed against any kind of voting system, arguing it would only weaken the developing world’s hand.

“The voting system will do nothing but put you in an inferior position,” Ayman Shasly told his peers. “You will be influenced by your capitals to vote one way or another.”

To industrialised countries, his message was that no strings should be attached to funding. “They caused damage; it is time to pay back for that damage,” he said. “It is not your money – this is something you owe to developing countries.”

While Germany and Norway have already committed to doubling their cash injections, Australia and the US are opting out. Others, like Japan, have indicated their willingness to chip in depends on the fund’s performance.

Swedish board member Lars Roth claimed the requirement to make board decisions unanimously was partly to blame for the replenishment process starting 18 months later than initially envisaged. “These governance flaws, they need to be addressed,” he said. “We shouldn’t delay this any further.”

The proposal on the table was to be able to pass decisions with a two-thirds majority. Some board members expressed reservations about the precise mechanism, but most showed they were willing to find a compromise.

Nicaragua’s Paul Oquist, who unsuccessfully sought to broker a deal as co-chair in 2018, proposed applying a voting system at least to project decisions, if not policies.

China’s blocked project, to mobilise investment in clean energy, public transport and other urban projects in Shandong province, had been up for consideration again in Songdo, but was withdrawn.

Nine projects were approved on Wednesday, including a controversial scheme to pay Brazil for reducing deforestation in 2014 and 2015. Campaigners argued there was no guarantee those reductions would be sustained, as tree clearance rates have since risen.

“It’s like rewarding someone for having quit smoking for a few months, even though they are still smoking today,” Thomas Fatheuer of the Heinrich Böll Foundation told Mongabay before the meeting.

Other successful bids included fast-tracked grants to make communities in Benin and Namibia more resilient to the impacts of climate change, and $100 million to boost solar power in Nigeria.

The board meeting resumes on Thursday. A conference to pledge new funds is provisionally planned for October.