Yannick Glemarec was picked from an all-male shortlist to lead the Green Climate Fund, in a key fundraising year 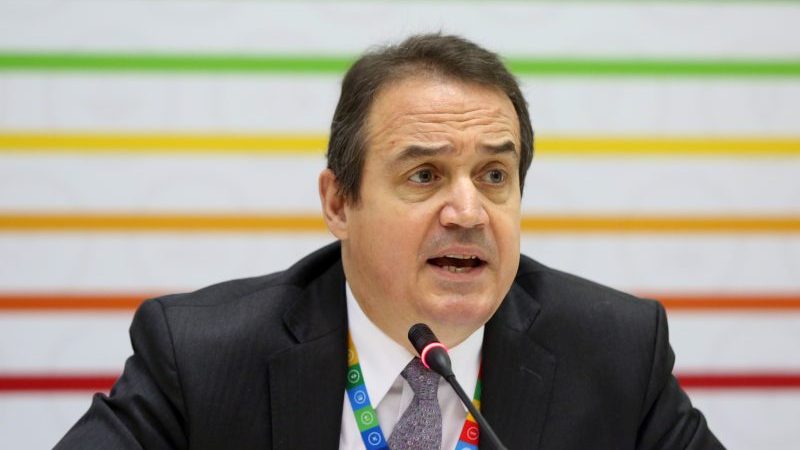 The Green Climate Fund has appointed a French UN veteran as its next executive director, as it gears up for a new fundraising round.

Yannick Glemarec joins the flagship fund from UN Women. He previously worked on environmental finance at the UN Development Programme.

He will coordinate with economist Johannes F Linn, who was named by the board to steer a replenishment drive for the fund.

Launched with $10.2 billion of pledges from developed countries, the GCF is a pillar of international cooperation to tackle climate change. Its coffers are running low after the US reneged on $2bn of a $3bn pledge.

Germany and Norway have already committed to doubling their initial contributions, while other donors first want to see governance reforms.

GCF board co-chair Nagmeldin Goutbi Elhassan Mahmoud, of Sudan, said Glemarec’s experience would help the fund in raising cash and “to increase our climate impact in developing countries”.

His British counterpart Josceline Wheatley said Glemarec was selected from a “highly qualified pool of applicants,” adding: “His experience and dynamism greatly impressed the board, and we are delighted to nominate him to lead the secretariat.”

Prior to the decision, Colombian climate finance expert Paula Caballero, who reported to Glemarec at UNDP, praised his record. He was “way ahead of the curve on climate issues,” she told E&E Climate Wire, and “technically very solid, visionary and a solid manager”.

Having worked on the selection of the last #GCF Executive Director, and been involved in GCF for years, it’s great to see a champion of women with decades of development finance.

Japan’s argument that as the biggest donor, it had the “largest responsibility” to make the fund run smoothly, rankled with the developing world. Its candidate, diplomat Kenichi Suganuma, did not make the shortlist.

The selection panel was made up of seven men and one woman, reflecting a male skew on the full board. It took its decision ahead of a three-day board meeting in Songdo, South Korea, where the fund is headquartered.

Glemarec inherits an organisation under pressure to show results amid fractious boardroom politics. His predecessor Howard Bamsey quit abruptly last July, at a tumultuous board meeting that failed to deliver any substantive decisions. Broadly, the tension is between developed countries trying to attach conditions to funding and developing countries arguing it is for them to decide how the money is spent.

At its next meeting in October, the board overcame its divisions to launch a replenishment process and approve 19 projects worth $1 billion. However the sticky issue of how to make decisions in the absence of consensus was not resolved and will come up again this week. Several policy matters have been repeatedly deferred due to lack of unanimity.