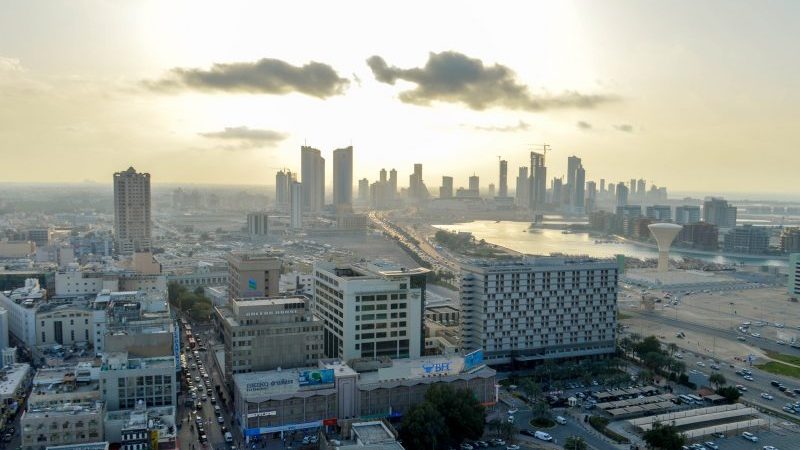 It’s awkward, isn’t it, when your generous host asks a favour?

Some of the Green Climate Fund board members meeting in Bahrain thought so this morning. Because the Gulf state put forward a small, yet controversial project bid.

On the face of it, it is a small desert island asking for $10 million to manage its water in a changing climate. But if the proposal is approved Bahrain plans to pitch for more money to clean up wastewater from the oil and gas sector – a subsidy for the fossil fuels that made Bahrain rich. And an independent panel described its climate change rationale as “weak”.

The board split along the usual lines, with developed country members opposed and the developing world defending the project.

The Chinese delegate argued that the board should not squander precious time arguing over small project bids, but focus on policy. That is easier said than done. A policy proposal to, say, block finance to fossil fuel industries, would be no less contentious. At the time of writing, no decision on the bid had been made.

Also kicked into the last day of the meeting is the latest attempt to lower the bar for making decisions. Two hours of discussion on Wednesday ended inconclusively. Five years in, the board has yet to settle on a voting system, meaning each member has an effective veto. Representatives from Saudi Arabia, South Africa and Egypt held out against a compromise proposed by the co-chairs.

Will they resolve these issues by the end of the meeting on Saturday? After July’s board meeting collapsed, there is unprecedented pressure on the fund to show it can deliver on its promise.

UN climate chief Patricia Espinosa dropped in to give the board a pre-meeting pep talk. “When it comes to climate change, finance is about more than money… It’s about saving lives,” she said.

Some signs have been positive: they avoided an agenda fight and by Friday afternoon Bahrain time had approved four projects. The sticky issue of replenishment is still to come. Stay tuned for the outcome.

Numbers crunched by the International Energy Agency are making chief Fatih Birol “despair”, he told a conference in Paris.

Global emissions are predicted to reach a record high in 2018, making the chances of holding temperature rise to 1.5C or 2C “weaker and weaker”.

Bill Gates is here to help. The philanthropist, known for backing health and development initiatives, has thrown his weight behind two climate initiatives.

The Global Commission on Adaptation and Breakthrough Energy Europe launched at back-to-back events in Brussels, to tackle two pillars of the global warming challenge.

One of the candidates to be next president of the European Commission has pledged to work towards a net-zero EU by 2045 – significantly less than current proposals.

“The EU must put decarbonisation at the heart of its programme,” said former Finnish prime minister Alex Stubb.

He is up against Germany’s Manfred Weber, who has not set out a position on climate change.

Three anti-fracking protesters have been freed from UK jail after an outcry over their 15-16 month sentences.

An appeals court said the prison term was “manifestly excessive”. They had been in custody for two weeks.

Activity restarted at a shale gas site in Lancashire at the same time as Perry promoted “Green GB” week.

Wales and Scotland swiftly rejected the UK government’s “unacceptable” plan to set a carbon tax if the UK crashes out of the EU without a Brexit deal.

It confirms Sara Stefanini’s scoop last month that devolved administrations are unwilling to cede control to the treasury in Westminster.

This article was amended to clarify the Bahrain proposal for oil and gas wastewater clean up is part of a secondary funding bid not currently before the board.