In back-to-back events this week, the billionaire launched projects to slow global warming and limit the damage it causes 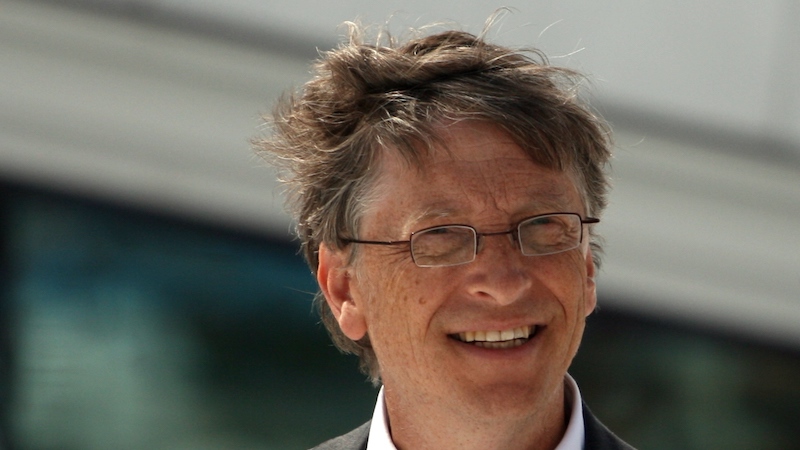 By Sara Stefanini in Brussels

The billionaire philanthropist known for his work on global health and development threw new weight and money behind efforts to limit global warming this week.

Both initiatives are aimed at supporting investment in nascent and risky technologies.

The Global Commission on Adaptation will focus on managing the effects already linked to climate change, for example by developing a seed for subsistence farmers that can withstand more frequent droughts. Gates will lead the commission with former UN secretary general Ban Ki-moon and World Bank chief executive Kristalina Georgieva.

The Breakthrough Energy Europe initiative, creates an initial €100m joint investment fund for technologies such as battery storage and zero-emission manufacturing processes. Gates, who is chairman of the $1bn Breakthrough Energy Ventures, launched the fund with the European Commission on Wednesday.

Together, they address the two-pronged challenge posed by climate change – mitigating greenhouse gas emissions and adapting to the changes, even if the global temperature rise is limited, Gates told reporters in Brussels.

“We want economies to grow. The amount of steel, cement, food, meat that gets produced globally – that is going to increase. But at the same time, we need to slash emissions,” he said. “But even if we achieve the 1.5C or 2C scenario, we still have subsistence farmers in Africa and a lot of people who live near the water, people who live on islands, and there will be suffering induced by climate.”

Climate change isn’t a new cause for Gates, the co-founder of tech giant Microsoft and the Bill and Melinda Gates Foundation, which focuses on eliminating disease and poverty. He kicked off Breakthrough Energy at the Paris climate summit in 2015, with Facebook founder Mark Zuckerberg, and tried to galvanise engineers and scientists to unlock new energy sources a few months later.

But the two new initiatives show increased attention on what he called an “urgent” need to drive emissions from vehicles, industrial operations, agriculture and other sectors down to zero – as underscored by this month’s UN science report on 1.5C of global warming.

“How can that be done? The answer is definitely innovation,” said Gates.

The public-private Breakthrough Energy Europe coalition is designed to provide the longer-term funding needed for riskier clean energy funding, and make sure that the science, economics and regulatory landscape are in synch, he added.