The host city of this December’s UN climate summit is keen to share a story of post-mining transformation, but the coal industry still holds sway 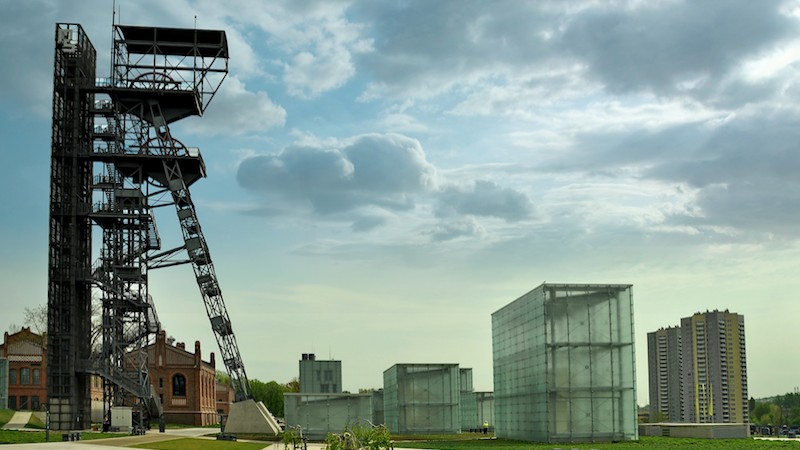 An old mine shaft in Katowice looms over the glass buildings of the Silesian museum (Photo: Deposit Photos)

As Poland gears up to host this year’s UN climate summit, the government is on a charm offensive.

During two days in mid-September, brochures, videos, slides and dark-suited representatives succeed one another, portraying Katowice, the site of the talks, as a green success story. Chaperoned by civil servants, journalists are whizzed around the city in electric cars.

At its industrial peak in the 1980s, the capital of Upper Silesia counted 14 active coal mines. That figure has fallen to two, while museums, concert halls and sport facilities have mushroomed on former mining sites – not to mention the spaceship-like conference centre that will welcome up to 30,000 delegates in December.

Yet for all the mine closures, Poland still overwhelmingly relies on coal, the cheapest and dirtiest of fossil fuels, for energy. In 2015, 81% of its electricity came from coal – and the industry has a strong influence on policy. Many environmentalists are gritting their teeth over the choice of a coal heartland to hold key climate talks.

Michał Kurtyka, president of the Cop24 summit, has no time for such criticism. “I suggest they [environmentalists] go to Katowice! It’s a flourishing region in terms of economic activity, in terms of modernity, with digital industry, with auto industry… 42% of the surface of the city is green,” he tells Climate Home News.

Katowice residents say the city has transformed in the past 25 years. Joanna Strekowska, a 61-year old beautician, sits at a bench in the main square under a clear blue sky.

“Let me give you this image,” she says, describing the smog they used to experience. “After three hours of walking on a day like today, my arms and legs would look completely different. We could see the air that we were breathing. There were no stars in the sky.”

It only takes a short walk from the city centre to the headquarters of the Confederation of Mining Trade Unions in Poland (Konfederacja Związków Zawodowych Górnictwa w Polsce) to realise the transformation is far from complete.

“My grandfather came to Silesia with mining roots in the family,” says Piotr Luberta, 51, a trade unionist and mine rescuer. “Back then there was little employment by the seaside. Despite my job, I fell in love with this industry.”

Luberta maintains a grave expression throughout our discussion on climate policy, but lights up when asked about his personal relationship to coal. Above all, he loves working with nature, he says.

“We call it black gold,” says his colleague, Skawomir Kukasiewicz. “This is the breadwinner for thousands of people – not just miners. For one place of work in the mining industry, you should add four people.”

According to Euracoal, the sector employs around 100,000 Poles. 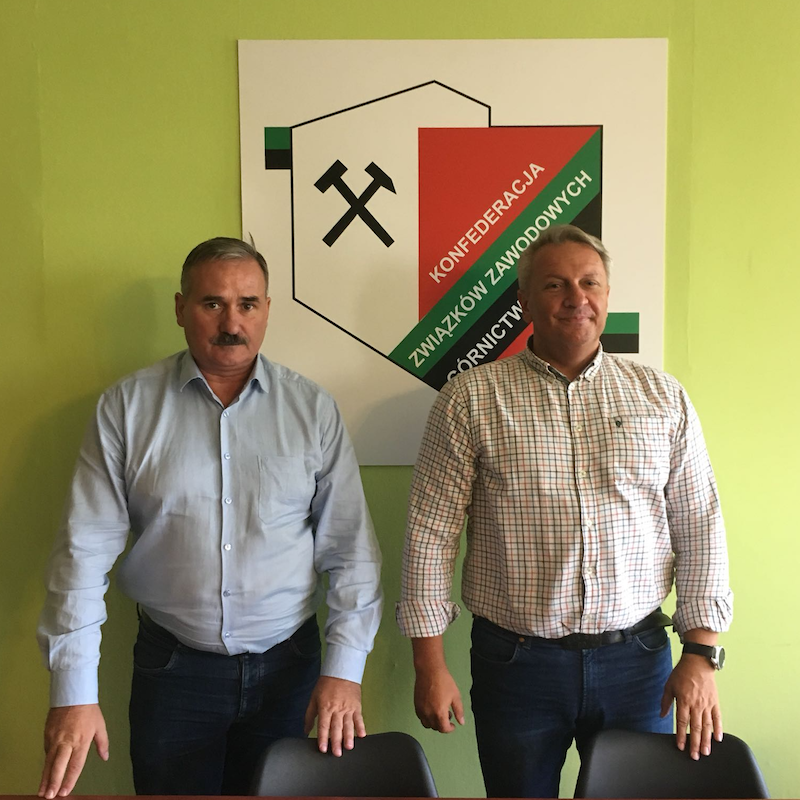 The trade unionists see EU and international climate action purely as a threat to their way of life. “We are terrified by the propositions of the European Union,” Luberta admits.

While it does not single out any fuel or technology, the EU has some of the most ambitious climate targets in the world. In June, commissioner Miguel Arias Cañete called on the EU to increase its contribution to the Paris Agreement to a 45% emission cut by 2030, piling pressure on member states to crack down on the most polluting energy sources.

“Of course,” Luberta says, staring down at the table, “we are aware that energy produced from coal is not very clean. We exercise pressure on our government not to reduce the number of mines, but to invest in clean combustion technologies.”

Unfortunately, while “clean” combustion technology can filter out the pollutants most harmful to health and reduce carbon somewhat, coal still emits significantly more greenhouse gas than the alternatives.

But the union’s arguments hold sway with the ruling Law and Justice party. Polish president Andrej Duda endorsed a “social pre-cop” held by trade unions in August, which sought to push mining jobs up the agenda.

Against this backdrop, Kurtyka walks a line between advocating Poland’s fledgling renewable energy industry and soothing the coal sector’s fears.

“There has been a very sharp increase of renewable capacity,” he boasts. Poland has installed 6,000 megawatts of wind power capacity, overtaking Denmark. Kurtyka claims clean sources met up to 40% of power demand last Christmas, and the government tendered another 2,000MW of renewables in 2018.

At the same time, one of his three priorities for Cop24 is the “just transition”: code for protecting fossil fuel workers from the disruptive force of clean energy. On Monday, Climate Home News published a draft declaration from the Polish Cop24 presidency that called for workers to be ensured a “decent future”.

This tension is apparent on the streets of Katowice. Strekowska wants the mines to be cleaner but not to close down. “We need to have our own industry as well. We have nothing else,” she says.

“Coal has no future,” says Teresa Zlotos-Sobzak, a self-described white-collar worker. “On the other hand, our society is too poor to change to clean heating systems… Let them keep two mines in Katowice. Where else will people find jobs?”

Local environmentalists see Cop24 as an opportunity to shift the tone of debate. Patryk Białas, president of civic association BoMiasto, is hopeful that grassroots voices can challenge greenwashing.

At the unions’ social pre-cop, BoMiasto ran an alternative media briefing on the doorstep. “We were not welcome,” Białas says. They got their message across to print and radio journalists, although the TV cameras prioritised the official press conference inside.

Together with his colleague Jarosław Makowski, Białas is standing in the local elections on a green platform. BoMiasto runs educational programs for local climate leaders, and coordinates with Katowice Smog Alert to fight for clean air.

“The truth is politicians have the power to produce many messages on the Cop, including to portray the climate crisis as absurd,” he says. “But listening to the people organising grassroots movements, I see in society that people are ready for change.”

Some costs for Natalie Sauer’s travel were covered by the COP24 presidency.